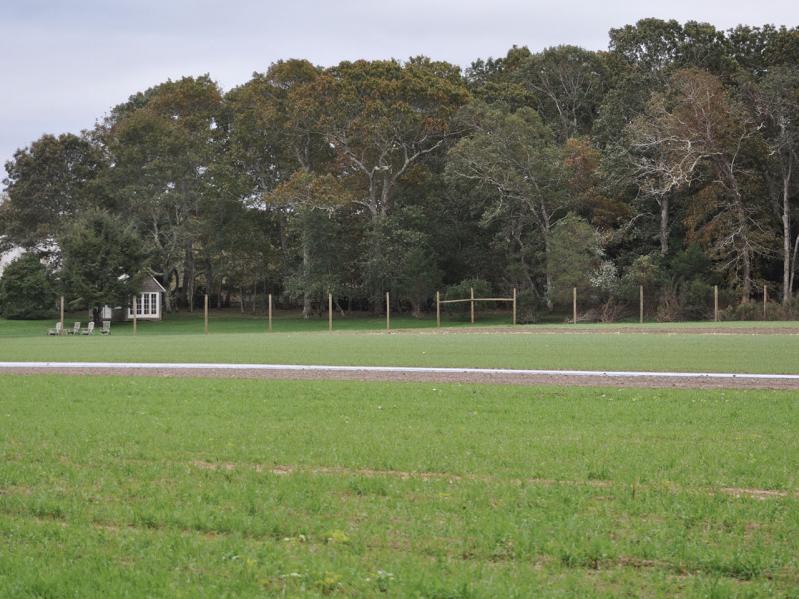 Property owners with views of a three-lot woodland off Buckskill Road in East Hampton have offered to contribute more than half of the cost of public acquisition to prevent its development.
David E. Rattray
By Christopher Walsh

Under consideration was the purchase of 28, 30, and 32 Green Hollow Road in East Hampton, 1.92 acres in all, at a cost of $6.8 million. Eight nearby property owners have offered to contribute $2.6 million to the total, making the cost to the town $4.2 million.

A fourth adjacent lot, which was sold for $1.3 million, is being developed. That lot, and the three proposed for acquisition, are adjacent to 6.8 acres of town-owned farmland and are in a groundwater protection area.

Scott Wilson, the town's director of land acquisition and management, told the board that "since one of the four lots is now developed, we are considering preservation of the remaining three lots with the assistance and contributions of donors." The land would be a wildlife preserve.

"Is the property expensive? Yes," Mr. Wilson said. "Is the value substantiated? Yes, by both appraisal and private bidders." But the donors' contribution will greatly reduce the cost to the town, he said. "Public-private partnerships have been one of the greatest tools to preservation that has been available to municipalities across the country for many years. Considering the price of real estate here, I hope this process can be replicated, moving forward, on this and other lands."

Four callers to the virtual meeting supported the acquisition as holding the line on overdevelopment. "To create viable building lots, trees must be removed," said Vicki Match Suna, who owns property on Buckskill Road, echoing other callers' concerns about clearing of lots for development.

Ms. Match Suna, who is among the donors, said the trees on the adjacent lot had been removed "to enable construction of an enormous home" without regard for wildlife habitat. The parcels considered for acquisition are fully wooded and contain many beautiful and mature trees, she said. "It would be very unfortunate to allow virtually all these trees . . . to be cleared to build substantial houses that are disproportionate in size to the properties and disruptive to the natural environment." Losing the wooded lots "would be devastating for the community," she said.

But the other three callers denounced the proposed acquisition. The opponents criticized the price, the rationale, and the fact that neighboring homeowners, whose identities were obscured, were making a sizable donation toward the purchase.

None of the critics was as vociferous as David Buda of Springs. The purchase price equates to more than $3.5 million per acre, he said. The preservation fund "must be used solely for the good of the public as a whole, and not to further any private interests," he said, suggesting that the neighbors' tax-deductible contributions toward keeping nearby land vacant, would do just that. "Acquisitions must provide real, tangible, public benefits."

Unfortunately, Mr. Buda said, the "proposed blockbuster deal fails to satisfy any of the basic legal, ethical, and environmental norms . . . it is a rush job shrouded in secrecy," being facilitated by a "misguided notion of a true public-private partnership acting together solely for the good of the general public."

Contrary to a previous assertion by Supervisor Peter Van Scoyoc, Mr. Buda continued, the lots, if developed, could not be denuded, as there are clearing restrictions in place dating to a 2005 subdivision.

Jaine Mehring of Amagansett told the board that "we confront an unacceptable lack of transparency" in the proposed acquisition. "We don't know who are parties to the L.L.C.s," she said of the sellers, and there had been "no disclosure about who instigated this deal," nor the donors' identity, nor clarity as to how the purchase price, which she called excessive, was determined. The acquisition would be of far greater value to the neighbors, seller, and broker than to the public, she charged.

The Planning Department "considers these parcels to be average candidates for acquisition," according to a Sept. 15 evaluation form. "At approximately 1.92 aces, combined, this constitutes a moderate size area of land which could conceivably be used for farming purposes, although prime agriculture soils are not present throughout the entire area."

Mr. Buda said that "since the C.P.F. cannot purchase every vacant property, expenditures should be focused only on strong or excellent candidates." The town, he said, "has better things to do with its limited C.P.F. money. I know your coffers are swelling, but that's no reason to get crazy." The donors, he said, "are getting enhancement to the value of their properties." Why, he asked, are the trees on the three lots "so special that you would spend so much of the town money and solicit what is clearly a bogus contribution from the immediate neighbors in order to enrich, beyond appraisal value, the true owners of the subject property?"