Parity with nearby towns is East Hampton’s goal 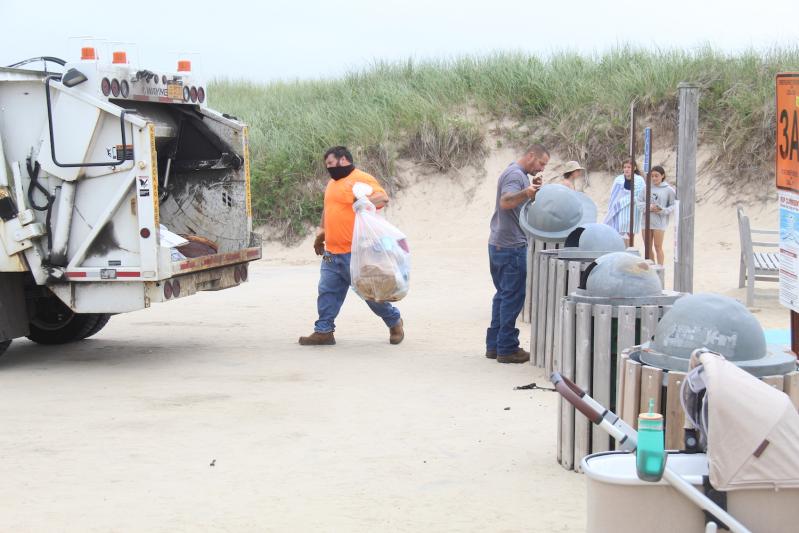 A week after Supervisor Peter Van Scoyoc presented East Hampton Town’s tentative 2022 budget, he has proposed a modification that would see a regrading of almost 100 town employees and commensurate wage increases averaging 5 percent.

This, he said at the town board’s work session Tuesday, is “critically important” in order to attract and retain employees, given housing affordability and the “extreme upswing of the cost of living” that has put residency in the town out of reach to many working people.

Most regrades would affect employees of the town’s highway and sanitation departments, said Rebecca Hansen, the budget director, and would bring them into parity with their counterparts in Southampton, Riverhead, and Southold Towns. Those increases could be funded with money received annually from the New York State Legislature for road construction. Some proposed expenditures might be decreased slightly as well.

“We feel these recommended regrades will bring lot of lower titles into parity, and hopefully make the town more competitive” in recruiting and retaining employees, Ms. Hansen said.

The town will have to employ more people, and pay them more, as it transitions to a year-round community, Mr. Van Scoyoc said. “It’s prudent to expect [that] a fair percentage of people here now will stay longer,” he said, with consequent increasing demand on services such as policing, code enforcement, and garbage collection. “This is the trend I see us heading on, and if we don’t act to address it and anticipate it, we’ll be falling behind.”

The proposed modifications will be added to the preliminary budget, Ms. Hansen said. A public hearing will be scheduled for Nov. 4, with a Nov. 18 deadline to adopt the budget.

Ms. Hansen also spoke with the board about American Rescue Plan Act money, of which the town will receive $2.03 million. The act, which President Biden signed in March, provides relief to address the pandemic’s continued impact on the economy, public health, state and local governments, individuals, and businesses. The federal government has yet to adopt final rules governing use of the money, Ms. Hansen said.

The town has already received half of its allotment, she said, with the next round of funding expected next summer. The money must be spent or obligated by Dec. 31, 2024.

The town could use ARPA money toward grants to not-for-profit organizations that provide a public benefit to residents, which Mr. Van Scoyoc endorsed. The tentative budget includes funding for groups including Project Most, the Eleanor Whitmore Early Childhood Center, the East End Special Players, I-Tri, the Family Service League, the Retreat, and the South Fork Community Health Initiative, as well as nonprofit food programs. “They’ve had increased demand and circumstances which have increased their costs,” the supervisor said. ARPA funding would free up money budgeted for those groups for other uses, he noted.

ARPA could also be used for premium pay to eligible workers performing essential work during the pandemic, Ms. Hansen said, and for water infrastructure or broadband projects.  The use of ARPA money requires reporting to Washington, though it does not need federal approval prior to spending it.

An initial report is due by April 30, 2022, she said, so the town “definitely has some time to decide how they want to use these monies.”