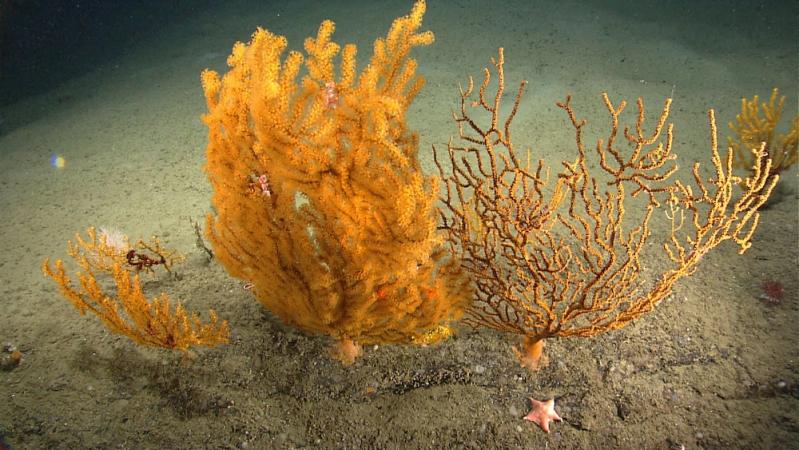 In response to a June 5 order by President Trump that would open a national marine monument 150 miles off the coast of New England to commercial fishing, the National Resources Defense Council and other entities have come together to file a lawsuit to protect the region.

The Northeast Canyons and Seamounts Marine National Monument was established in an area that was previously open to commercial fishing, supporting fish, red crab, squid, and lobster harvests. The monument was designated in 2016 by President Barack Obama as a way to protect the habitat "for a wide range of species, from endangered whales to Atlantic puffins to centuries-old deep-sea corals," according to the N.R.D.C.

It was almost immediately challenged in court by a group of commercial fishermen who questioned President Obama's authority to create the marine monument, but a federal appeals court ruled in December of 2019 that its designation was legal under the Antiquities Act of 1906.

In the latest suit, the plaintiffs are asking the court to bar enforcement of the next president’s order that would open the monument to deep-sea fishing.

"Northeast Canyons and Seamounts was created to protect a complex web of marine life . . . from extractive activities," Kate Desormeau, senior attorney for the N.R.D.C., said in a statement on June 17. "President Trump does not have the power to unravel this national monument or any other, and we're asking the court to stop the administration from opening this unique and fragile ocean area to commercial fishing. Preserving ocean areas like this one will be absolutely key to ensuring the resilience of our oceans in a changing climate."

A group called Saving Seafood has fired back, issuing a June 17 statement of its own that said the marine monument had been established "without appropriate stakeholder consultation" in the first place. The environmental conservation community "chose the politically expedient route, and used their contacts and clout in the Obama administration to circumvent the scientific and public process. What they are now discovering is that what one president might create with the stroke of a pen, another president might take away."

Bonnie Brady of Montauk, the executive director of the Long Island Commercial Fishing Association, said the creation of the marine monument was devastating to the commercial fishing industry in the Northeast.

"It meant less fishing grounds to go catch fish," she said yesterday. "People are saying, 'Oh, you can just go somewhere else.' If fish did that, that would be the case, but there are traditional, historic fishing grounds that have existed for generations. Fish are specific. . . . It's not like you can just go anywhere. They go back and forth. That's how fish are. They're not just random species that wander around the ocean."

She called the establishment of the monument "a backdoor play by several environmental groups that on the way out from the previous administration created that marine monument without any real scientific basis." It was already being regulated by regional fishery management councils, set up by the Reagan administration in 1982, that regulate fishing in the 3-to-200-mile zone of U.S. coastal waters. She said she hopes the new lawsuit will not be successful.

"Usually the solutions are working when no one's happy, but nonetheless, this is a democratic process. What they did took away that democratic process," Ms. Brady said. "Having [President Trump's] proclamation, having it once again open to commercial fishing within the same regulatory process with the Northeast and mid-Atlantic fishery management councils, that’s fair."