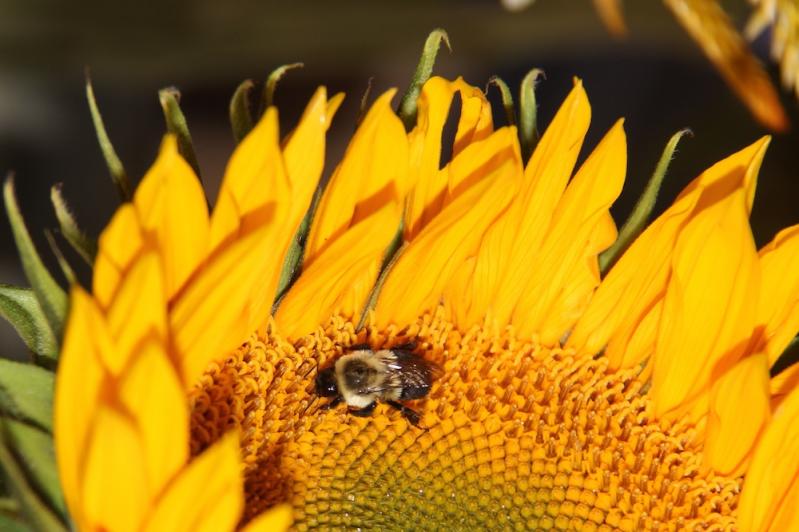 “The typical neonic coating on just one corn seed can contain enough active ingredient to kill a quarter-million bees or more,” according to a report from the Natural Resources Defense Council.
Durell Godfrey

Neonicotinoid insecticides, also known as neonics, are doing more than killing bees and other insects in record numbers, according to a report issued last month by the Natural Resources Defense Council, an international environmental advocacy group. Neonics, the council says, are contaminating New York State’s soil and water and “hollowing out ecosystems from the bottom up.”

Half the population of the United States is exposed to neonics daily, according to “Bigger Than Bees: How Neonics Contaminate Water, Threaten Ecosystems, and Cause Human Health Concerns in New York,” and studies link neonic exposure to potential health hazards.

The six major neonic chemicals approved for outdoor use in the U.S. appear in thousands of products, according to the advocacy group, including lawn and garden insect sprays, fertilizers, flea and tick treatments for pets and livestock, and agricultural pesticides.

“Federal and state water testing over the past 15 years has shown that the neonic imidacloprid frequently appears in surface waters throughout the state,” according to the report. “And recent testing on Long Island groundwater found imidacloprid in roughly 30 percent of samples, making it one of the most commonly detected pesticides on the Island.” Test results suggest that the risk of contaminated drinking water in the state may be highest on Long Island and in places that get drinking water from surface water, such as New York City.

More than 90 percent of the imidacloprid detections in the state exceeded the federal Environmental Protection Agency’s long-term exposure benchmark for harm to aquatic invertebrates, the report adds, and more than 37 percent exceeded the benchmark by 10 times or more.

Though they are thought to be safer for humans than the older insecticides they replaced, emerging research links neonic exposure to elevated risk of developmental and neurological damage, according to the N.R.D.C., particularly in infants and young children, including malformations of the developing heart and brain and symptoms including memory loss and tremors.

People are commonly exposed to neonics through food and water, the report states, including fruits, vegetables, and processed foods. Because neonics are absorbed into treated foods, washing does not remove them.

Among the report’s other revelations: “The typical neonic coating on just one corn seed can contain enough active ingredient to kill a quarter-million bees or more.” And: “Since neonics were first introduced,” in the mid-1990s, “U.S. agriculture has become 48 times more harmful to bees and other insects, with an estimated 92 percent of the total toxic load attributable to neonics alone.”

Neonics can remain in soil for long periods and are easily carried by rain or watering, the report states, making nontarget plants, which absorb them through their roots, toxic to insects, possibly for years.

As in other states, the use of neonics in New York has grown dramatically since the mid-1990s, according to the council’s report. The state’s beekeepers have lost more than 40 percent of their colonies nearly every year for the last decade.

“Future bee losses could jeopardize the state’s pollination-dependent crops, which contribute an estimated $1.2 billion annually to the state’s agricultural economy.” Off the farm, 87.5 percent of flowering plants need pollination by bees and other pollinators to reproduce, the report notes, “so the loss of bees could lead not only to the destruction of the food system as we know it, but also to the collapse of whole ecosystems.”

Populations of other beneficial insects around the world have experienced sharp declines since the introduction of neonics, the report states, with recent research pointing to their use as a leading cause.

The N.R.D.C. also links the decline of insects to a commensurate decline in birds, which feed on them. The report references several studies that found a loss of 29 percent of North America’s birds — approximately three billion birds — in the last 50 years. Neonics also harm birds directly: “Eating just one neonic-treated seed is enough to kill some songbirds,” the report states, but nonlethal doses can also damage birds’ immune and reproductive systems.

The council recommends that state officials ban needless neonic use, which it says provides little to no benefit, impose a moratorium on other outdoor neonic use, establish a framework for addressing and regulating insecticides, empowering the State Department of Environmental Conservation to take protective action if those insecticides are found to have the same harmful qualities as neonics, and investing in better agro-ecological practices that reduce the impacts on environmental and human health.