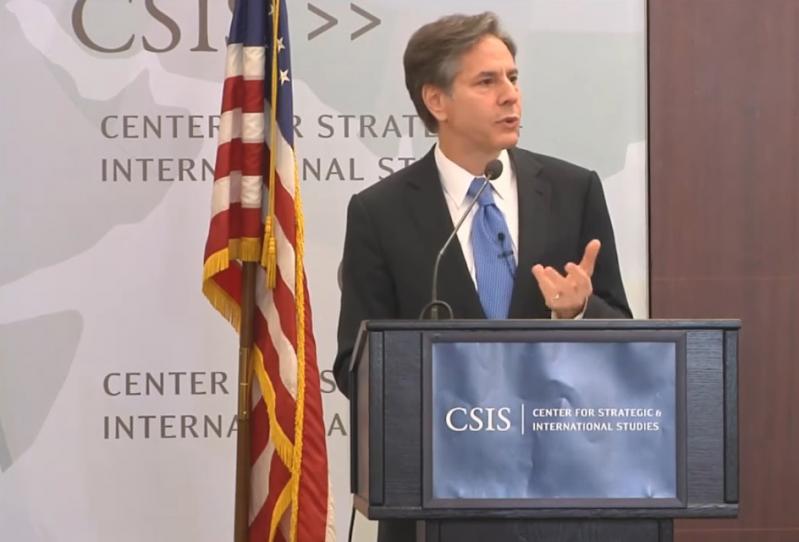 President-elect Joseph Biden is expected to nominate Antony Blinken, who has a connection to East Hampton, to the cabinet position of secretary of state. Mr. Blinken's father is Donald Blinken of Lily Pond Lane in East Hampton Village, who is a former United States Ambassador to Hungary.

National media reported on Sunday evening that Mr. Biden had chosen Mr. Blinken for the role, and the president-elect’s transition office confirmed those reports, according to The New York Times on Monday. On Sunday, The Times described Mr. Blinken as Mr. Biden’s closest foreign policy adviser.

Mr. Blinken is a former deputy secretary of state, serving in President Obama’s administration from January 2015, when he was sworn in by then-Secretary of State John Kerry. The Times reported on Monday that Mr. Biden had chosen Mr. Kerry to be his climate czar.

Prior to his tenure as deputy secretary of state, Mr. Blinken, who is 58, served as assistant to the president and deputy national security advisor, posts he held beginning in January 2013. Before that, he was a senior fellow at the Center for New American Security and the Center for Strategic and International Studies.

From 2002 to 2008, Mr. Blinken was Democratic staff director of the Senate Committee on Foreign Relations. He worked for then-Senator Biden's 2008 presidential campaign before serving as a member of Mr. Obama and Mr. Biden's presidential transition team until January 2009.

"For the past six years, I've relied on Tony in the White House, where I've come to have extraordinary respect for his knowledge, judgment, and inclusive approach to developing and implementing our foreign policy," Mr. Obama wrote in a November 2014 statement. "As everyone who knows and works with Tony can attest, he is a person of enormous integrity, with a tireless work ethic and deep love of country. He is exactly the type of person who we want to represent the United States of America overseas."

Mr. Blinken is married to Evan Maureen Ryan, who was assistant secretary of state for educational and cultural affairs in Mr. Obama’s administration. She previously served as the assistant for intergovernmental affairs and public liaison for then-Vice President Biden.

The website Axios reported on Monday that all six of the national security officials selected by the president-elect, a roster that in addition to Mr. Blinken and Mr. Kerry includes Jake Sullivan, Avril Haines, Alejandro Mayorkas, and Linda Thomas-Greenfield, held senior roles in the Obama administration. This, it said, reflects Mr. Biden’s “obsession with bringing stability back to governance” after President Trump’s singularly chaotic administration.