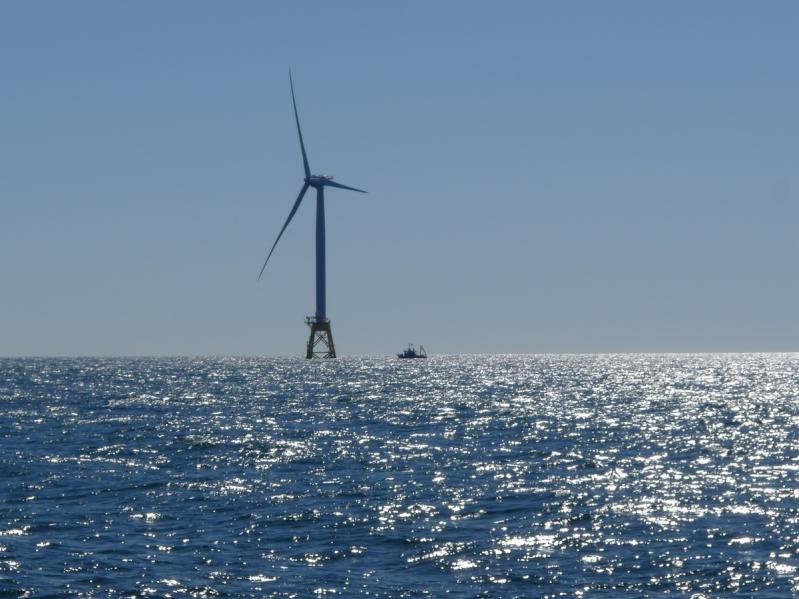 The distribution of money that the developers of the South Fork Wind farm will allocate to East Hampton Town in exchange for easements allowing the landing of the installation's export cable was the subject of a long discussion by the town trustees on Friday, with several of them expressing acute disappointment with their counterparts on the town board.

Under the host community agreement, Orsted U.S. Offshore Wind and Eversource Energy will pay the town and trustees $500,000 within 90 days of the agreement's execution and a second $500,000 payment within 90 days of the start of construction. Those sums are to be equally shared by the town and the trustees. The developers will subsequently make 25 annual installment payments within six months of the wind farm becoming operational, starting at $870,000 and with a 2-percent escalation each year. The distribution and uses of that money have not been determined.

Last month, the trustees signed on to the joint proposal that the developers filed with the New York State Public Service Commission in support of their application for a Certificate of Environmental Compatibility and Public Need under Article VII of the Public Service Law, something the town board has not done. But before a vote to grant an easement or lease allowing the developers to land the wind farm's export cable at a beach under trustee jurisdiction, "we have the sticky subject, the distribution of proceeds," said Jim Grimes, a deputy clerk of the trustees, "and what share of this agreement will be available to us."

Mr. Grimes referred to a meeting he and Francis Bock, the trustees' clerk, held with Supervisor Peter Van Scoyoc last week, which he described as "lively" but unproductive. In discussing the issue during a public meeting, Mr. Grimes said he was "not looking to air dirty laundry," rather to "get us to some serious thoughts on the values of this thing." The trustees expended significant time, effort, and money in negotiating with the developers on aspects of the wind farm that, while out of their jurisdiction, are well within their sphere of interest, he said, including the offshore route of the export cable, the placing of the wind farm's 15 turbines, and a fisheries study that the developers will fund. The trustees have made these efforts on behalf of commercial fishermen, who are concerned about the wind farm's effect on their industry.

Mr. Grimes's remarks echoed those of Bill Taylor, his fellow deputy clerk, in a letter published in last week's Star. "When the trustees did all the hard work negotiating this plan we were not being motivated by money, but by a desire to produce the best plan for the town," he wrote. "We did the heaviest of lifting. . . . We deserve enough money out of this to fund the many good works we do."

Several other trustees voiced the same sentiment at Friday's meeting -- "I think it's good for the town board and the trustees to show a united front in working together on environmental projects," said Susan McGraw Keber -- along with disappointment at what they described as the town board's lack of interest in negotiating the allocation of the host community agreement.

With that in mind, "I would not recommend any member of this board voting in favor of something until the matter of distribution is settled," Mr. Grimes said.

Mr. Bock had asked for a meeting between the two governing bodies. "The response was that the town board would like to make an informed decision and would like the last five years of our financial statements for review," a request that elicited derision.

"How is that relevant?" Ms. McGraw Keber asked. "Aren't they public anyway?"

"After actually doing a lot of the heavy lifting here, suddenly we're expected to be a minority player," Mr. Grimes said. "If somebody's looking for our financials, I think the implication of that is pretty crystal clear."

Mr. Bock agreed with a suggestion that the request was "a posturing tactic," and Mr. Taylor described it as "something Tony Soprano would say."

"We entered into an agreement with the town as our partner," Mr. Grimes said. "At no point was that partnership ever described as a less-than-equal partnership."

Mr. Bock said that he would send a letter on Monday requesting a meeting with representatives from the town board and the town attorney.

Mr. Van Scoyoc said on Monday that he was hoping to have members of the trustee board join the town board during the latter body's executive session on Tuesday, but expressed disappointment "that they'd air negotiations publicly like this."

In last week's meeting with Mr. Bock and Mr. Grimes, "We discussed what their ask was," the supervisor said, "and I made what I thought was a very generous counteroffer, with the understanding I'd have to take any discussion to my board." The town board and trustees share the same constituents, he said, and "by the way, the town supplies the vast majority of the trustees' operating funds." Some town board members questioned the level of that funding, he said.

The town board "has been very involved in all aspects of negotiations," he said, and "while there might be public posturing made by some on the trustee board, I'm certain we will come to an equitable agreement in short order."

Trees, Wreaths for Sale in Amagansett
Holiday Cheer Is Coming to Sag Harbor
Even More Thanksgiving Options From the Pike and Old Stove
END_OF_DOCUMENT_TOKEN_TO_BE_REPLACED