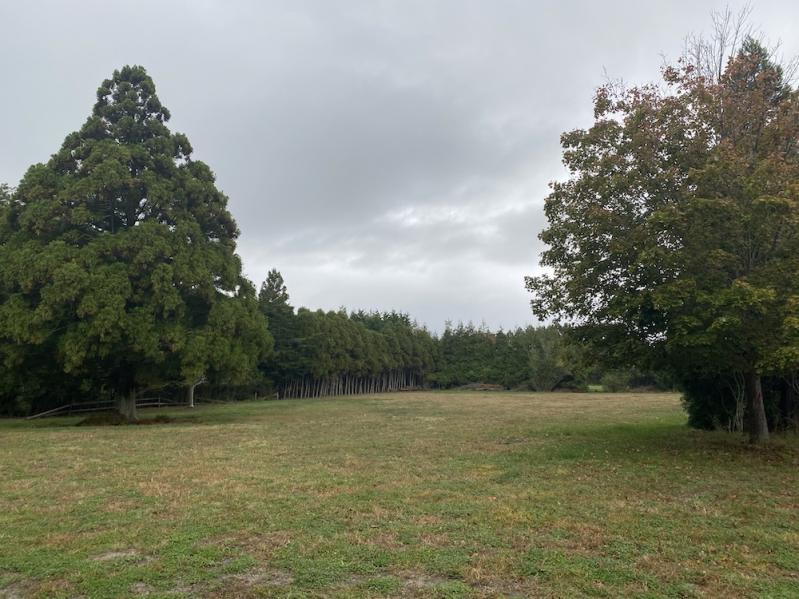 A plan is in the works to restore the buffer zone between Hook Pond and this lot on Ocean Avenue in East Hampton Village, which was purchased with $4.8 million from the community preservation fund.
Christopher Walsh
By Christopher Walsh

A lot at 81 Ocean Avenue in East Hampton Village, which fronts Hook Pond and where a house, garage, patio, and drainage and sewage systems were demolished or removed last year, can be used to show waterfront homeowners how they can protect water bodies, the East Hampton Town Board was told on Tuesday.

Councilman David Lys and Rick Whalen, who serves on the town's nature preserve committee, told the board that a management plan has been developed for the prominent property just north of Main Beach, which the town, at the village's request, purchased last year with $4.8 million from the community preservation fund. A joint agreement has been developed, Mr. Lys said, under which the town will develop a remediation plan that the village will manage. "We're going to go through the restoration project in conjunction with the village to restore the buffer" between the land and the pond, he said.

Multiple residences front Hook Pond, in which blooms of toxic cyanobacteria, or blue-green algae, have been observed in recent years, as well as elevated levels of enterococcus bacteria. Excess nitrogen loading into water bodies, be it from septic systems or in groundwater runoff, promotes these algal blooms, which can harm people as well as marine life and other animals.

With that in mind, said Mr. Lys, "we wanted to use this as a potential educational experience," to show how wetland buffers can be used to stop nitrogen from running into water. "I look forward to continuing to work with the village, and maybe other organizations, to use this as education as to what other property owners . . . can do, and still keep their viewshed."

"We're recommending restoring the property to a grassland meadow area," Mr. Whalen said. "Not lawn, but more natural meadow," requiring the removal of nonnative vegetation planted when the parcel included a house and other structures. "We want to open up the view of land from Ocean Avenue," he said, and restore wetlands at the edge of the cove to create a natural buffer, shielding and absorbing groundwater as it enters Hook Pond. The project would allow the removal of phragmites, an invasive species.

The one-acre property is adjacent to both a cove that forms the westernmost part of Hook Pond and the Main Beach parking lot. It was historically used as farmland, Mr. Whalen told the board, and remained undeveloped until the 1960s.

The site might include two parking spaces, Mr. Whalen said, as it could be used to launch kayaks into the pond. "There might be a bench or two," he said. "Very passive uses."

Councilman Jeff Bragman agreed, calling it a "magnificent piece of land" upon which "I hope we would tread lightly." The nature preserve committee did not anticipate any structures on the property, Mr. Whalen said. "In terms of gatherings, we didn't want to ban them, but anything would have to receive approval" of one or both municipalities.

The town's planning and land acquisition and management departments, and Billy Hajek, the village planner, assisted in developing the management plan. Access and use will be open to both village and town residents, Mr. Whalen said.

The plan will be subject to a public hearing, and the restoration effort should begin in the early spring, if not sooner, Mr. Lys said.

"Nitrogen loading is an obvious concern," Supervisor Peter Van Scoyoc said. "Having a natural buffer helps alleviate some of that runoff and creates additional wildlife habitat around the periphery of those water bodies, and can be done in a way that's attractive."

Noting that many houses in the town that were formerly used as second homes may now be occupied year round due to the Covid-19 pandemic, Mr. Van Scoyoc made a pitch later in the meeting for taxpayers to replace conventional septic systems with "innovative alternative" systems that significantly reduce nitrogen leaching. An increased year-round population, he said, will offset "some of the inroads and gains we've made" in reducing nitrogen inputs into water bodies.

Low-nitrogen systems are mandated for new construction and for substantial renovations, and the board voted last year to increase incentives and streamline the process of replacing conventional septic systems. Homeowners can take advantage of grants and rebates from the town and county that "in most cases would cover nearly all expenses," he said, adding that he will soon upgrade the system on his own property.

He asked that all property owners upgrade their septic systems if possible, "particularly if you live near water bodies." He urged residents needing assistance to contact the town's Natural Resources Department at 631-324-0496.