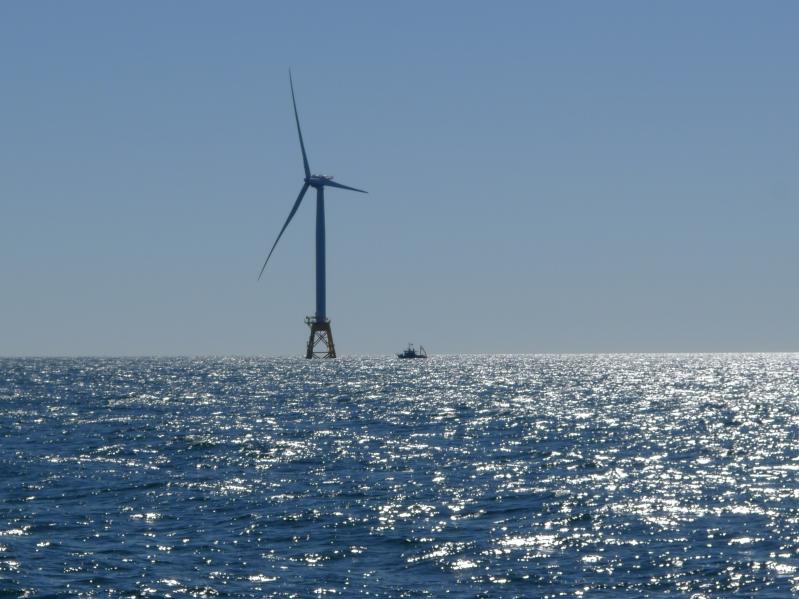 Details are scant, but a meeting between developers of the proposed South Fork Wind Farm and the New York State Public Service Commission to begin negotiations on a settlement took place on Friday morning at East Hampton Town Hall.

Orsted U.S. Offshore Wind and Eversource Energy, which jointly plan to construct and operate the South Fork Wind Farm some 35 miles off Montauk, had filed notice with the Public Service Commission in September to begin settlement negotiations in the commission’s review of their application to install the wind farm’s export cable in state waters and on the subterranean path to a Long Island Power Authority substation in East Hampton.

A meeting scheduled to take place on Oct. 8 at the commission’s offices in Albany was canceled after East Hampton Town and state officials objected to its location and to what an attorney representing the town said was unreasonably short notice.

But one elected town official who attended the meeting expressed some disappointment in the proceedings. “To me,” said the official, who asked not to be identified, “it was the same thing: people coming with the same complaints, not offering any solutions.” The official referred to a meeting with Orsted later this month at which outstanding issues would be addressed.

Meaghan Wims, a spokeswoman for Orsted U.S. Offshore Wind, said in an email on Tuesday that because the settlement discussions are confidential, “we can’t comment on specifics.”

Residents are largely adamant in their respective positions for or against the wind farm. Commercial fishermen are uniformly against it, fearing threats to their livelihood. Others, concerned about the effects of unchecked greenhouse gas emissions on the climate and oceans, are proponents.

The controversy has also pitted residents of Wainscott and Montauk against one another: Many in Wainscott oppose the plan to land the wind farm’s export cable at the ocean beach at the end of Beach Lane and advocate a landing at Hither Hills in Montauk, which Orsted and Eversource have identified as an alternative to their preferred site.

That stance prompted advocacy groups called Montauk United and Win With Wind to join forces in supporting the Wainscott landing.

Petition to Speed Up Sand Replenishment in Montauk
Artistic Portraits of M.L.K. Up for Auction on Saturday
Wine Tasting for Lions Club
END_OF_DOCUMENT_TOKEN_TO_BE_REPLACED