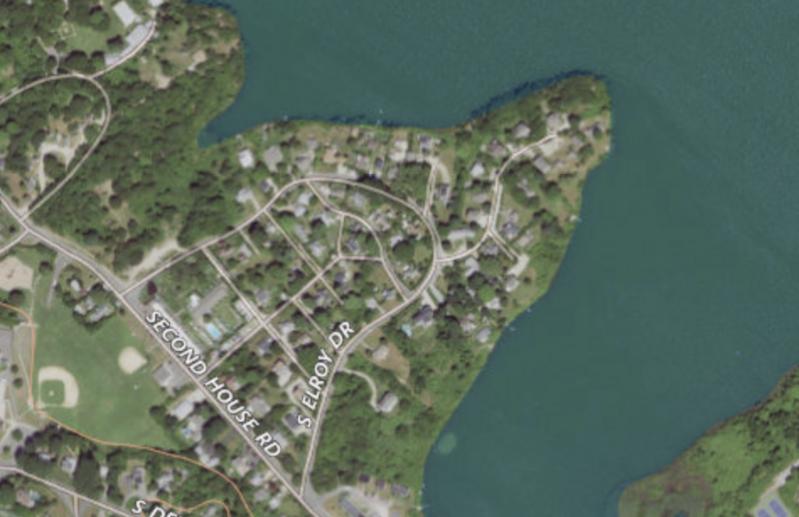 A Montauk property owner accused by East Hampton Town of renting his property more than 50 times over nine months could be facing over $200,000 in fines after being issued dozens of appearance tickets for alleged violations of the town's rental registry law.

Town code allows no more than two rentals shorter than two weeks in any six-month period. But, "rental records from the online rental agency Airbnb, Inc., obtained by East Hampton Town through a subpoena showed that the residential property at 64 South Elroy [Drive] in Montauk was rented at least 55 times during a nine-month period, with rents paid totaling more than $100,000," according to a town release issued last Thursday.

The town attorney's office and the town's Ordinance Enforcement Office conducted a joint investigation over three months before issuing 57 tickets to Harvey Elgart and 64 S. Elroy L.L.C., which is registered to a Brooklyn address.

Not only does the town limit the number of short-term rentals allowed, but it also requires that rental properties, whether seasonal or year-round, be registered with the Building Department on a town rental registry. Registry numbers are then to be included in advertising.

Property owners are allowed to rent one or two guest rooms in a house they occupy, but share houses with rooms rented to many different people are prohibited under town code.

The codes "are designed to protect property owners and residents from the impacts resulting from the misuse of residential properties, such as turning a residence into a money-making, commercial venture,” Supervisor Peter Van Scoyoc said in the release, adding that “the transformation of single-family houses into heavy turnover rentals advertised on Airbnb and other sites has had a noticeable negative impact on the character of our neighborhoods and community."

Lawrence Kelly, an attorney representing Mr. Elgart and the L.L.C., disputed the charges on multiple grounds. "The actual compound we're talking about was the Pitts family fishing lodge," he said, referring to a 1977 Montauk Almanac, which long predated the town's rental registry law, that featured an advertisement for Capt. Fred Pitts's charter boat including the provision "sleeping accommodations arranged." Mr. Pitts began commercial fishing in 1915, according to the almanac.

"There are lots of reasons why the town's case is not going to be acceptable to an East Hampton Town jury," Mr. Kelly said. "One of them is that this case itself flies in the face of this collection of housing units being used as a fishing lodge throughout most of the 20th century."

Moreover, Mr. Kelly said, with respect to Airbnb, which is based in San Francisco, "California specifically protects those private records and compels any attempt to subpoena records to be accompanied by a notice that the individual whose private records would be obtained have been notified and have the right to challenge the subpoena. None of that was done here."

Mr. Van Scoyoc said on Tuesday that he was unsure as to whether or not the action resulted from complaints by residents of neighboring properties. "It took a while to get to this point," he said. "It usually takes a while to build a case." He added that "there are definitely active investigations on a number of properties" in addition to the one at 64 South Elroy Drive.

Mr. Elgart and 64 S. Elroy L.L.C. are to be arraigned in East Hampton Town Justice Court on Aug. 1. The maximum sentence for the violations is "more than $200,000 in fines and/or a period of incarceration," according to the town.

Kevin Cooper, director of the town's Ordinance Enforcement Office, had not returned a call seeking comment as of press time.

With Reporting by Christopher Walsh
--
Note: This Story has been updated since it originally appeared in print.