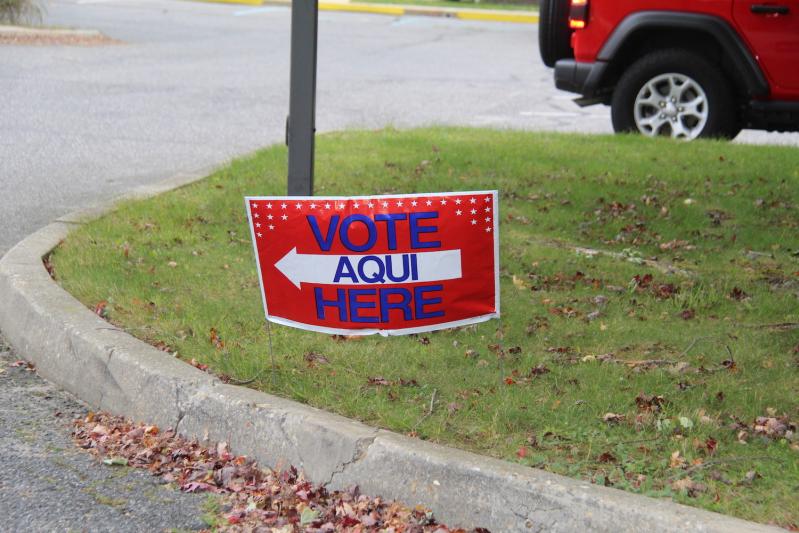 The future of the redrawn election maps in New York State is now uncertain.
Durell Godfrey
By Christopher Walsh

In a move that could still alter the upcoming campaign for New York's First Congressional District, a Supreme Court Justice in Steuben County declared all of the state's recently redrawn legislative district maps unconstitutional last Thursday, blocking their use in the June 28 primary elections and Nov. 8 general elections.

On Monday, however, an Appellate Division of State Supreme Court issued a stay at least temporarily keeping in place the district maps that had been prepared by the Democratic-dominated State Legislature, for the upcoming primary and general elections. A hearing scheduled for today will ultimately determine the outcome and with it the course of this year's elections.

As control of the United States House of Representatives hangs in the balance with the midterm elections approaching, the State Legislature voted in February to redraw the state's congressional districts in a way that made a Democratic gain of three seats more likely. The redrawing of the First District to encompass more Democratic-leaning territory and lose the Republican-heavy western part of Southampton Town to the Second District significantly improved Democrats' odds of flipping the seat held by the Republican Representative Lee Zeldin since he ousted the Democrat Tim Bishop in 2014.

But then a group of Republican voters sued, arguing that the new district boundaries violated a 2014 constitutional amendment meant to protect against partisanship in the preparation of district maps. The redrawn maps, they said, were a flagrant example of gerrymandering, the manipulation of electoral boundaries to favor one party over another. Gerrymandering is practiced in many states and by both major political parties.

Justice Patrick F. McAllister sided with the Republicans, granting a permanent injunction preventing the use of the redrawn maps "for this or any other election in New York, including but not limited to the 2022 primary and general election for Congress, State Senate, and State Assembly." He set a Monday deadline for the Legislature to submit "bipartisanly supported maps to this court" for review. Should the Legislature fail to do so, he wrote, "the court will retain a neutral expert at state expense to prepare said maps."

The move could delay primary elections, but Democrats will challenge the ruling.

Rob Ortt, the State Senate Republican leader, wrote on Twitter last Thursday that "Albany Democrats ignored the will of New Yorkers who demanded fair, independent redistricting. Instead, they adopted partisan maps to protect themselves. Today a judge ruled their gerrymandered maps are UNCONSTITUTIONAL. This is a victory for ALL New Yorkers."

But in a joint statement, Gov. Kathy Hochul and State Attorney General Letitia James vowed to appeal the ruling. Mike Murphy, communications director for the State Senate Democrats, also said that the decision would be appealed. He wrote on Twitter last Thursday that "This is one step in the process. We always knew this case would be decided by the appellate courts. We are appealing this decision and expect this decision will be stayed as the appeal process proceeds." He later taunted Mr. Ortt, again on Twitter, writing, "Remember when you declared victory after the election day in 2020 only to lose everything you thought you won?"

The battle for Congress is playing out in New York's First District, control of which has historically flipped between the major parties. Mr. Zeldin won it handily in three of the last four elections but is now seeking his party's nomination for governor of New York.

"Albany Democrats made it clear from the beginning they had no intention of allowing the constitutionally required independent commission to deliver a map that best serves New Yorkers," Mr. Zeldin said in a statement, "and today, a judge recognized this blatant partisanship. Instead of hijacking the redistricting process for political gain, overriding the will of New York voters, Albany must redraw the maps in good faith and put New Yorkers, not their partisan games, first."

Where the First District once spanned the five East End towns, Brookhaven, and part of Smithtown, in its redrawn configuration it would stretch from the East End into Nassau County, encompassing parts of Islip, Babylon, Huntington, and into Oyster Bay, apparently concentrating more Democratic-leaning voters.

As noted by Suffolk County Legislator Bridget Fleming, a candidate for the Democratic Party's nomination for the First Congressional District, voters within the redrawn district went for President Biden by 11 points in 2020, versus the old district's 4-point margin of victory for former President Trump in 2020.

"We are watching the case," Ms. Fleming said in an email, "but we're continuing to run our race and connect with voters across the district. We have completed our signature drive and will be filing -- our petitions -- with almost 2.5 times the amount of signatures needed within the next few days."

Anthony Figliola, a candidate for the Republican nomination in the First District, said in an interview, "My volunteers and I have knocked on the doors of thousands of voters in this new district. While the lines have changed, I am excited for the opportunity to serve those communities from the East End to Bethpage and Plainview." His campaign will continue to monitor the court case, he said.

The redrawing of New York's election districts, which Governor Hochul signed on Feb. 3, came amid the backdrop of a nationwide struggle for control of Congress, where Democrats hold a narrow majority at present. With looming midterm elections that historically favor the party that does not control the White House, Republicans hope to regain a majority.

The Legislature's vote to redraw districts followed a long and ultimately futile bipartisan effort to come up with new maps. In 2014, voters in the state approved creation of the Independent Redistricting Commission to reform the redistricting process to introduce greater independence, conduct "rational line-drawing," according to its website, and protect minority voting rights.

But the commission, comprising an equal number of Democrats and Republicans, could not agree on redrawn maps, and the matter was relegated to the Legislature, where Democrats held a majority in the Assembly and Senate.

The Legislature's vote prompted cries of gerrymandering, which has become so precise as to allow creation of districts that, while bizarrely contorted on a map, practically guarantee one or the other party's control. The result is incumbents and candidates who effectively choose their voters, and not the other way around.

A Conference for Young People to Create Solutions
Get Outside, Get Moving
Two Traditions, One Fair in Springs
END_OF_DOCUMENT_TOKEN_TO_BE_REPLACED