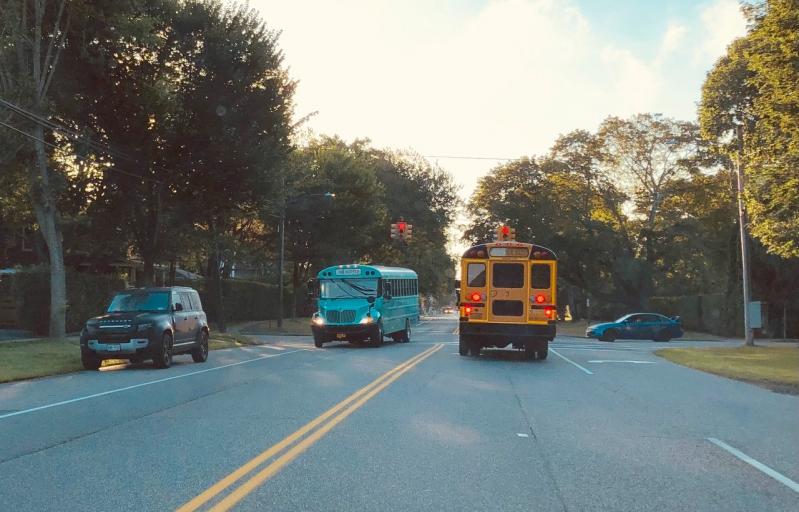 The "last mile" shuttle bus service that takes passengers from the Long Island Rail Road's South Fork Commuter Connection trains to their destinations and back again expanded in East Hampton Town this week.

The Hampton Hopper, which provides the service for the town, has added a third bus, allowing riders who get off at the East Hampton station to now go either west to the East Hampton High School and Goodfriend Drive, including the Ross School, or into the village center then east and north to Springs. The "east" bus makes stops at the John M. Marshall Elementary School, Newtown Lane and the middle school, the East Hampton Post Office area, Town Hall and Pantigo Place, M&T Bank on Pantigo Road, Sportime on Abraham's Path, and Springs School.

The two East Hampton buses are addition to the bus serving Amagansett and Montauk to and from the Amagansett train station. The expansion will provide more seats for an increasing number of passengers and will save time for some users of the service, taking them to their destination sooner and picking them up later.

The split route will allow buses to take commuters to the Springs School and to Goodfriend Drive, where the Ross School and several businesses are located.

Information, including train and shuttle bus schedules, is at bit.ly/3qtJGdJ.

The L.I.R.R. launched the South Fork Commuter Connection coordinated rail and bus system in 2019 to offer better access to public transportation for workers and residents, easing the traffic congestion caused by the "trade parade" of vehicles coming from points west in the morning and returning in the afternoon and evening.

Two eastbound and two westbound trains run on weekdays, excluding holidays. An early eastbound train departs the Speonk station with stops at Westhampton, Hampton Bays, Southampton, Bridgehampton, East Hampton, and Amagansett. A later train departs the Hampton Bays station and makes local stops all the way to Montauk. There is westbound morning service between Amagansett and Hampton Bays, early afternoon trains between Montauk and Speonk, and later afternoon service between Montauk and Westhampton.

The cost is $3.25 each way. The cost of the last mile shuttle transportation is covered by New York State funding Assemblyman Fred W. Thiele Jr. secured for both East Hampton and Southampton Towns.

While the L.I.R.R. had suspended the service on Fridays during the summer, those trains resumed regular service last week.