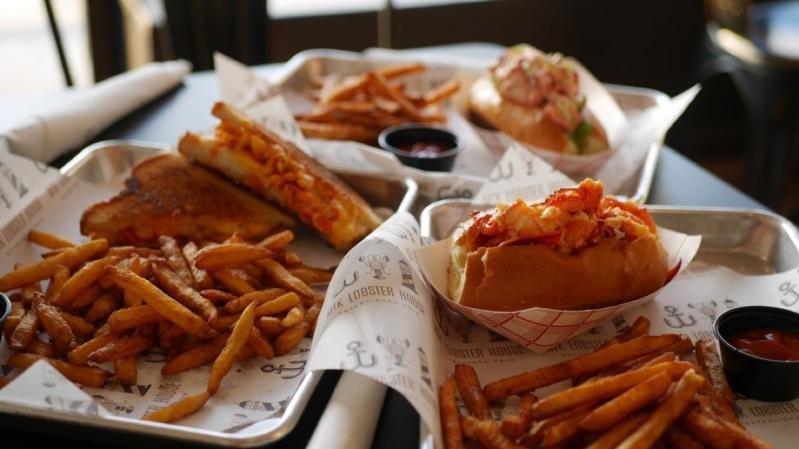 Hot Chili
Although April is around the corner, this week has shown how the South Fork spring still likes to serve up chilly weather. On April 9, it will also produce some chili at the annual Springs Food Pantry Chili Chowdown from 1 to 2:30 p.m.

This year's event will still be a drive-through pickup in the Springs Community Church parking lot. An array of chilis and styles from East End chefs and cooks will be available. Customers will be able to choose two pint-sized portions, which will be served in an insulated tote with a 16-ounce beer from Springs Brewery, rolls from Newlight Breadworks, and utensils and napkins to take home or to the beach, the park, or wherever else one would want to eat.

Those who will be cooking up the chow in the chowdown are Almond, Amber Waves Farm, Peter Ambrose, Around the Fire Catering, Jeremy Blutstein, the Clubhouse, Darren Boyle of the Chequit, the East End Food Institute, the East Hampton Sportsmen's Alliance, Estia's Little Kitchen, Honest Man Restaurant Group, One Stop Market, Red Horse Market, Sen, Smokin' Wolf BBQ, the U.S. Coast Guard Station at Shinnecock, Wolffer Kitchen, and more to be announced.

The ticket for each tote, which serves two, is $40; proceeds go to the Springs Food Pantry. Tickets can be purchased in advance on the pantry's website.

Its spring hours will be from Friday through Monday, noon to 8 p.m. Eventually it will open for seven days during the high season. Takeout is available when the restaurant is open by calling 631-238-5703.

Enriching Extracts
Chefs and stellar home cooks know the secret of extracts for enriching the flavors of their dishes. Sure, you could buy them in a store, but Ehris Urban and Velya Jancz-Urban of the Grounded Goodwife say making your own is easy and inexpensive. It also keeps ingredients like preservatives and chemicals out of your food. And, they make great gifts.

On Wednesday, the two will share their methods for producing extracts from popular flavors such as coconut over Zoom through the Rogers Memorial Library at 6 p.m.

S.L.A. and Crafts
Gov. Kathy Hochul announced this month that the State Liquor Authority will accept applications for new permits for makers of craft beverages whose liquor licenses are pending. These permits will be fast-tracked to less than 30 days. Liquor licenses typically take about six months to be approved.

The temporary permits apply to "breweries, wineries, distilleries, cideries and meaderies, allowing them to open while awaiting the final approval, preventing accrued costs in rent and maintenance after the location and equipment have been acquired," according to the governor's office. The state currently has 81 pending permit applications. The permit fee, once approved, is $125 for three months with a $50 extension fee, if needed. The application is on the S.L.A. website.

Drinking to Earth
Drinking responsibly has a new meaning this April. The North Fork Table and Inn beverage crew has invented a cocktail inspired by Earth Day, which the restaurant will serve throughout the month to highlight several environmental concerns.

Barn and the Bees is made with honey from its own beehives, which enhance the local ecosystem. Another key ingredient is Botanist gin, which has been certified for meeting standards of "environmental and social performance, accountability, and transparency," according to the restaurant.

The honey is unfiltered and keeps all of its health benefits that are typically missing from many commercially sold products. Purchasing the cocktail will also help the Bee Conservancy, which will receive a dollar from every sale.

The drink also uses lime juice and a dash of pepper and is served on the rocks with a thyme sprig garnish.

Spring Holidays
Loaves and Fishes has put its Easter and Passover menu on its website. Holiday items such as braised brisket, potato pancakes, and chocolate covered cream puffs are available from April 14 to 17 along with a full menu of other entrees and sides including grilled salmon, crab cakes, pepper-crusted filet of beef, rotisserie duck quarters, Parmesan asparagus, creamed spinach, various salads, appetizers, and desserts. Orders must be placed a day in advance.

And speaking of dessert, this month's featured ice cream flavor is Banoffee Pie, a take on banana toffee pie. Roasted banana ice cream is a base for toffee swirls and flakes of pie crust.

The text under the subheading Drinking to Earth has been modified from the print and initial online version to indicate changes that were made to the cocktail name and recipe after this column had gone to press.