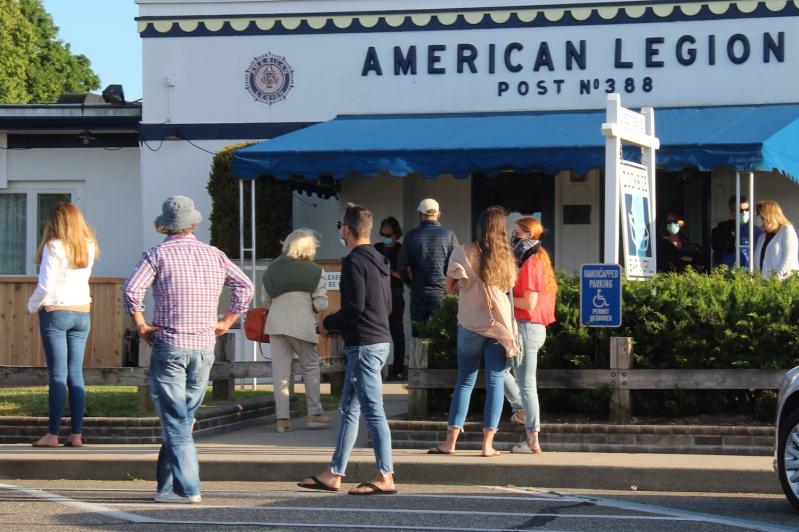 Dockside Bar and Grill, which is closing for the year on Sunday, will also be taking a bow. It was officially announced on Thursday that Stacy Sheehan and Elizabeth Barnes, the owners of the much-beloved Sag Harbor eatery, have sold the business to Eric Miller and Adam Miller and the developer Adam Potter.

The Miller duo have the successful Rita Cantina Mexican restaurant in Springs and previously ran Bay Kitchen and Bar, in what is now again the Bostwick's space on Three Mile Harbor.

They have partnered with Mr. Potter to acquire the space and relaunch next spring as Bay Street Tavern. Eric Miller, who is a chef, will be in charge of the kitchen. He has more than 30 years of locavore and fine dining experience. Adam Miller will be in charge of operations and the bar.

The new owners said as fans of the current restaurant they will continue Dockside's commitment to local "fishmongers, diggers, producers, and farmers." They added that they have received both the support and the blessing of Ms. Barnes and Ms. Sheehan for their new concept for the space. The two owners are retiring from the restaurant business.

Eric Miller said, "We look forward to welcoming back their longtime Sag Harbor customers and offering something exciting and new” under their guidance.

The new team plans to offer fresh and classic seafood and farm-to-table-style dishes inspired by the East End's produce as well as "modern clam shack cuisine" from Maryland to Maine. For current fans, they said they will continue operating at a "reasonable price to create an approachable, egalitarian restaurant with harbor views."

According to Mr. Potter, “Over many years of frequenting and enjoying Dockside, I built a rapport with Stacy and Elizabeth, watching them advance both their restaurant and the surrounding community. . . . I am thrilled to support Chef Eric Miller and Adam Miller as they carry the baton to the next phase of this cherished Sag Harbor destination.”

As a menu preview, the partners said the new space will offer dips and snacks, salads and bowls, raw chilled and ceviche dishes, and a range of small plates. Also on the menu will be rolls and sandwiches and fried and crispy dishes. Entrees or large plates will be seafood and shellfish with sides. A wood-burning grill will churn out steaks, chops, and poultry.