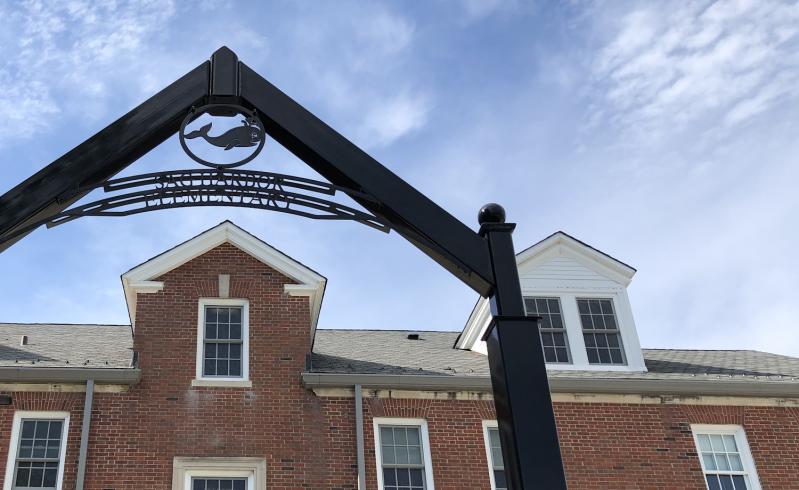 A parent of two Sag Harbor students set up a petition on change.org titled "Mask Choice for Schools." It had gathered more than 400 signatures as of Wednesday.
Carissa Katz
By Christine Sampson

Friction is brewing over Covid-19 precautions in the Sag Harbor School District, where a group of parents lobbying to make mask-wearing a family choice is expected to state their case to the school board on Monday.

State Supreme Court Justice Thomas Rademaker of Nassau County ruled on Jan. 24 that Gov. Kathy Hochul's mask mandate was unconstitutional — a ruling that some perceived as a green light to ditch the masks for a day, despite many school districts' insistence on keeping them in place. The decision was reversed on a temporary stay the next day as Governor Hochul's administration appealed it, prompting protests and confusion in school districts across New York over the days following.

But this week, a panel of state appeals judges instituted a 30-day stay on Justice Rademaker's decision while a formal appeal winds its way through the court system. So, then, masks are still mandatory at the moment.

It's not sitting well with many in Sag Harbor. "If there should be another lapse, or if the board has any leeway at any point in time to take a stance against it or speak up about it, we want them to know we are serious that we want a choice, or a good majority of us do," said Christina Labriola, a parent of two Sag Harbor students, who set up a petition on change.org titled "Mask Choice for Schools." It has gathered more than 400 signatures so far, though it's unclear how many are from people not in Sag Harbor, as anyone may sign the petition.

"We're kind of at a breaking point, to a degree," Ms. Labriola said by phone on Wednesday. "If there's anything they can do to make it an option, that's what we want."

Parents of the mask-choice mentality are quick to separate their requests from others' preference not to vaccinate their children.

Jeff Nichols, the district superintendent, said that masks are not optional for school districts right now, at least for a few more weeks. He acknowledged that Covid-19 cases and quarantines have eased up. The good news, he said Tuesday, is that "you can count on one hand" the number of kids and staff members out sick or in isolation.

"It's tough to surmise what percentage of people are comfortable and what percentage of people are not" when it comes to ditching masks, Mr. Nichols said. "I've always said, and continue to say, that the school district will evaluate conditions on the ground and adjust our safety protocols or mitigation measures . . . but as long as the mandate is in place, we're going to follow it."

Hayley Gregor, a mother of four young children who also supports mask choice, said the restriction has "gone on long enough . . . People need to be able to make a risk assessment for their families."

"Because they are so young, all they really know is fear and masking and social distancing and testing, as if they are ticking time bombs of disease," Ms. Gregor said. "My opinion is, we have vaccines and treatments that are available to protect and help vulnerable portions of the population — and I don't dispute that people have gotten sick and died — but there are ways to protect those who are vulnerable. Our children are also vulnerable, and in terms of social and emotional development, are also hurting. They shouldn't have to bear the burden."

The Sag Harbor School Board meeting will be held on Zoom starting at 6:30 p.m. Monday. A link can be found on the district website, sagharborschools.org.