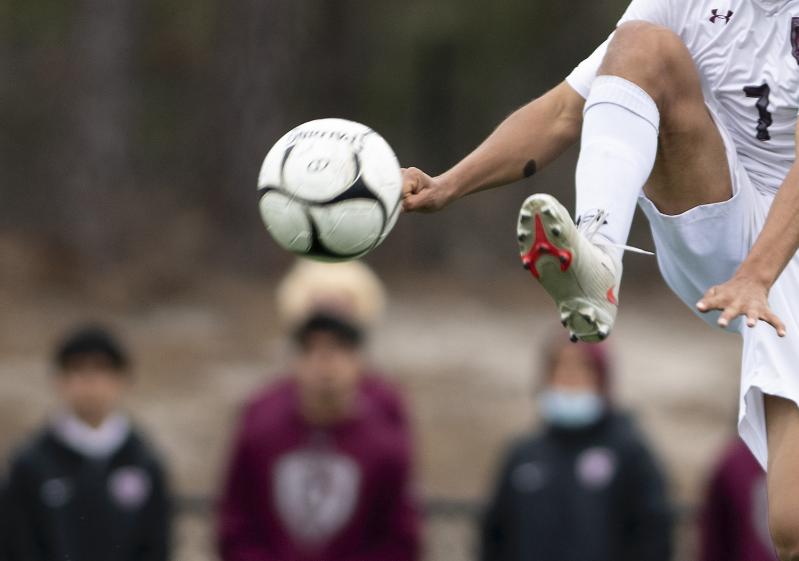 The East Hampton School Board is considering making Covid-19 vaccinations mandatory for students who play sports on district teams or take part in after-school activities, though some questions remain unanswered at this point.

Having received advice on Tuesday from an attorney, Bryan Georgiady of Frazer and Feldman, which specializes in public school counsel, school board members agreed to first survey students and families about vaccine status before moving forward with a mandatory vaccine protocol for athletics and extracurriculars.

"You can demand vaccinations for participation in those types of activities. That will cover a lot of kids right there," Mr. Georgiady said during a school board meeting. "You really shouldn't be treating a student differently from anyone else during the regular school day . . . based on vaccination status." Such a requirement would bump up against discrimination and conflict with public schools' general mission of educating every student, but the difference is that athletics and after-school activities are not required of the students.

Currently, the Pfizer vaccine is the only one approved for emergency use in people 12 and up, which still leaves many children unprotected.

"At the end of the day, you can still come to school but you don't have to play your sport or do your extracurricular activity," J.P. Foster, the school board president, said. "I don't want to have that conversation, but I know it's coming."

Mr. Georgiady also advised the board that the district can require vaccinations of all adult staff members who are coaching teams or supervising extracurricular programs. Mandating vaccines for all adults who work in the schools is trickier, he said, because that would come down to bargaining with the employees' unions.

His advice came at a time when schools are confronting the lack of official guidance from the regulatory agencies overseeing school operations, such as the New York State Department of Health, New York State Education Department, New York State Public School Athletic Association, and Suffolk County's Section XI, which governs local school teams. Only the Suffolk County Health Department has offered suggestions, but they are not written in stone.

But because Monday marks the official start of fall sports, including football, volleyball, soccer, cross country, field hockey, golf, cheerleading, girls swimming, and girls tennis, East Hampton school officials said it's likely too late to enact a vaccine mandate for this season, but that it may not be such an issue because most of those sports are played outdoors. The question turned to be what to do about sports such as football that are considered high risk and what to do about the indoor winter sports -- basketball, wrestling, indoor track, dance and cheerleading, boys swimming, and bowling.

Mr. Foster questioned what the district could do in cases where a visiting team may not be following the same health protocols.

"If it's a high-risk sport, I can tell you that you would have a right to keep them from coming to East Hampton," Mr. Georgiady replied. "If you want to prevent your students from playing that team you could, but . . . it might be considered a thrown or forfeited game."

Board members appeared united in the sentiment that some sort of vaccine mandate is a good idea for the indoor sports, as well as extracurriculars such as the theater program.

Another question is regular Covid-19 testing, which was required of student athletes last year. At this point, if mandatory testing were to be set up, the school district would have to become certified as a laboratory with appropriate equipment, staffing, and safety protocols.

"From what I've seen, Section XI doesn't have much of an appetite for testing at this point," said Wendy Geehreng, a school nurse overseeing Covid-19 logistics. "It's also getting harder for parents to get tests for their kids. That's another issue."

The school board directed Adam Fine, the district superintendent, to create a strongly worded letter to families and a vaccination survey, for which responses would go directly to the school nurses.

"We recommend that the nurses handle everything," Mr. Georgiady said. "It should be protected just like a medical record, and obviously, the nurses are equipped to do that."

East Hampton had previously decided it would mandate masks for all children and adults in its schools regardless of vaccination status.

On Tuesday, Mr. Fine reviewed additional Covid-19 measures. Students will be distanced at least three feet apart, he said, because the classrooms have plenty of space. The district bought four additional 20-by-20-foot tents this week for outdoor classes and other activities, and is looking into outdoor heaters for them. Cafeteria setups are still being developed.

The district is also setting up a vaccine clinic for some time in September, Mr. Fine said, because some local families may have difficulty getting all the way to Stony Brook Southampton Hospital's clinic. The survey would help the district gauge how many families would take advantage of a school clinic, Mr. Fine said.

Mr. Georgiady said it is not appropriate for schools to "incentivize" vaccinations, but board members urged families to get the shots voluntarily.

"The facts are not unclear on this. . . . I think we, as a learning institution, can say 'please get vaccinated,' " Jackie Lowey, a board member, said. "It will help keep our school open this year."