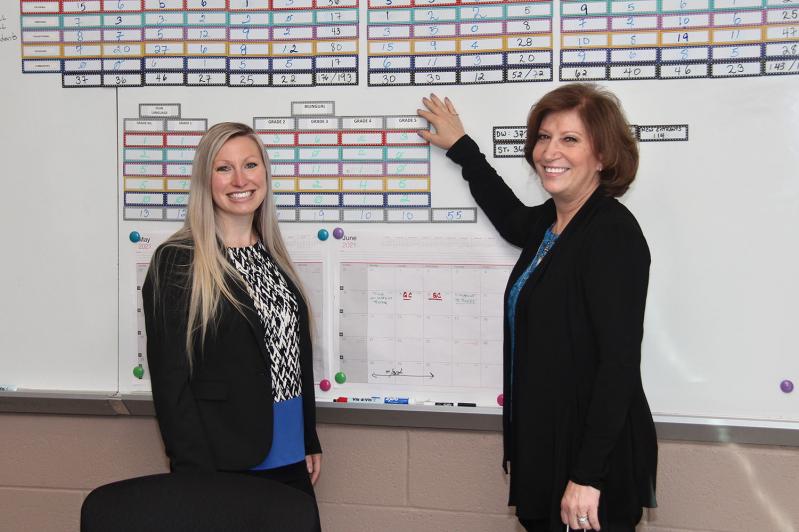 A report published in January by the Brookings Institution concluded that the population of students learning English as a second language in American public schools is the fastest-growing student demographic in recent history. It is a trend reflected in the East Hampton School District, where the number of students learning English for the first time has grown dramatically, and is expected to continue growing in the coming years.

New York State Education Department data show that during the 2019-20 school year, East Hampton had 295 children in English as a new language programs from kindergarten through the 12th grade. During the 2020-21 school year, that number was up to 436 students -- a nearly 50-percent increase.

For East Hampton, the rise in E.N.L. enrollment comes at a time of transition and recovery. Leadership at the federal level is becoming more diverse, particularly with President Joe Biden's appointment of Miguel Cardona to United States secretary of education. He arrived in Meriden, Conn., from Puerto Rico as a youth, not knowing how to speak English. In 2019, The Connecticut Mirror quoted Mr. Cardona as saying, "It's not lost on me, the significance of being the grandson of a tobacco farmer who came here for a better life, who despite having a second-grade education was able to raise his family and create that upward mobility cycle."

Not only were E.N.L. students some of the hardest-hit children during the Covid-19 pandemic, but there is also an administrative shift happening locally. Elizabeth Reveiz-Granelli retired in June after eight years leading the program, and Tiffany Patterson, herself an East Hampton High School graduate, is stepping up as her successor.

"It's time for new blood and new leadership, and I think that Tiffany brings to the table a knowledge of curriculum that will help bring the program to the next level," Ms. Reveiz-Granelli said.

"For the first year, I'd really like to spend this time getting to know the staff, the students, and the families, and understanding their needs -- building those relationships and kind of seeing where we go from there," Ms. Patterson said. "We'll plan together for future years."

She did her graduate research project on the importance of fluency in multiple languages, for which graduates can achieve special recognition on their diplomas. "A long-term goal is to work up to the Seal of Biliteracy, which would allow our graduates to obtain recognition of being bilingual and biliterate," Ms. Patterson said. "It increases career opportunities and educational opportunities in college."

Attendance by E.N.L. students during the pandemic was "lackluster" at the middle and high schools, Ms. Reveiz-Granelli said. "At the elementary school, because we were in-person, the attendance is pretty good. . . . At the middle school and especially at the high school, they are less apt to go on virtually."

"We're putting E.N.L. teachers in almost every grade level so that it helps kids who have not been here, and helps over all," she said. "For four months they received virtual instruction, but it's not the same. We're trying to have them catch up a little bit, and we're offering a lot of programs over the summer, more than usual."

School officials say that recent developments and changes in immigration policy in the United States, including detention at the nation's borders, have had an impact on schools here.

"A lot of kids have come from the border. That's all we can say," Ms. Reveiz-Granelli said.

"Our goal is to support them academically, socially, and emotionally," Ms. Patterson added.

Nearby, at the Springs School this past year, some 20 percent of its approximately 750 children were in the E.N.L. program in kindergarten through eighth grade. Margaret Garsetti, who runs the Springs E.N.L. program and has been teaching at Springs for 24 years, echoed Ms. Reveiz-Granelli's point. "We expect an increase, especially with the border lightening up," Ms. Garsetti said.

She also said she has observed that many of her students "are excited about learning a new language."

"It has been a joy to work with this population," Ms. Garsetti said.

Research has shown that younger students absorb languages more easily than older students and adults. The World Literacy Foundation notes that "the early years are a vital period when cognitive skills and connections are formed, which learning a second language can enhance. Their level of perception and inquisitiveness improves and helps them learn more rapidly in every area."

This trend has also played out in the East Hampton School District, where the John M. Marshall Elementary School began a dual-language kindergarten program in the 2019-20 school year. Children split their school days learning in English and Spanish. The pilot program was an enormous success with parents and administrators. It continued into first grade this past year and will continue into second in the 2021-21 school year.

Mariely Baez, 20, graduated in June from East Hampton High School after arriving in the United States about four years ago. She had been in 12th grade in school in the Dominican Republic, but she was placed in ninth grade at East Hampton.

"Now I can speak more fluently than before. It was so difficult to communicate with other people outside of school, for example in markets and in the pharmacy," Ms. Baez said. "I had some teachers who don't speak Spanish at all, but they are in the bilingual programs. They influenced me to be a better person because they were very patient with my class that didn't speak English at the beginning."

Valeria Guevara vividly remembers coming to the United States from Colombia at the age of 7. Her family settled first in West Hempstead, where she immersed herself in learning English at school. Now a new graduate of East Hampton High School, Ms. Guevara has paid it forward by tutoring students who, like her, came to this country with little to no knowledge of English.

"I came at a young age, and when you're younger, you pick it up much quicker," she said. "First of all, I was one of the only Spanish-speaking students. Throughout my day, I had to step out of my comfort zone."

The greatest challenge in schools here, in Ms. Guevara's opinion, is encouraging relationships between students in E.N.L. programs and their native-English-speaking peers.

"I feel like the biggest need right now is more interaction with English-speaking students, especially at the high school," Ms. Guevara said. "In the middle school and elementary school, there are different systems set up, but in high school, all of their classes are away from English-speaking students. . . . A huge disadvantage is they hear Spanish so much throughout the day that they are unable to interact. They're comfortable in their own space."

Ms. Baez agreed with Ms. Guevara that there is little interaction between the two groups of students. "Programs separate students -- English-speaking one side, and Spanish-speaking to the other side," she said.

Ms. Reveiz-Granelli said the school is aware of that need, and that she has suggested different types of classes where there would be more opportunities to mingle. "I understand it. There should be more . . . but there is a language barrier," she said. "It has nothing to do with social or cognitive skills. We can't possibly put the students in a class where they're not going to understand everything. It wouldn't be fair."

Ms. Baez is working as a pool attendant this summer, with plans to study cosmetology and eventually work as a flight attendant, and she has immediate plans to take classes to continue improving her English skills. In fact, state law requires public schools like East Hampton to continue providing support to E.N.L. students for two years after they graduate. But graduation rates for E.N.L. students here often lag behind that of native-English-speaking students. In the 2018-19 school year, the overall graduation rate was 85 percent, with a 92-percent rate for non-E.N.L. students and a 21-percent rate for English-language learners. The caveat is that the usual four years of high school often isn't enough for E.N.L. students, particularly if they fall into the category of "students with interrupted formal education" -- which a significant number do.

"We're concerned with the graduation rate," Ms. Reveiz-Granelli said. "It's all about cohorts. Really English-language learners need five years to graduate. If we change the cohort to five years, our graduation rates would increase."

One of the challenges, she and Ms. Patterson said, is that the E.N.L. class sizes are becoming too big, at 30 to 35 students.

"You don't do that to special education," Ms. Reveiz-Granelli said. "Make the class sizes manageable so that more one-on-one instruction can happen."

Ms. Baez said she had a great experience at East Hampton, describing a warm and supportive atmosphere among her peers, teachers, and bilingual guidance counselor.

"East Hampton is not just a high school. They focus on making a family -- like we are your home," she said. "Thanks to them, each student of my generation is not only learning [the language] but how to be a respectful and kind person. In general, I'm so grateful to study here and live in such an amazing country."