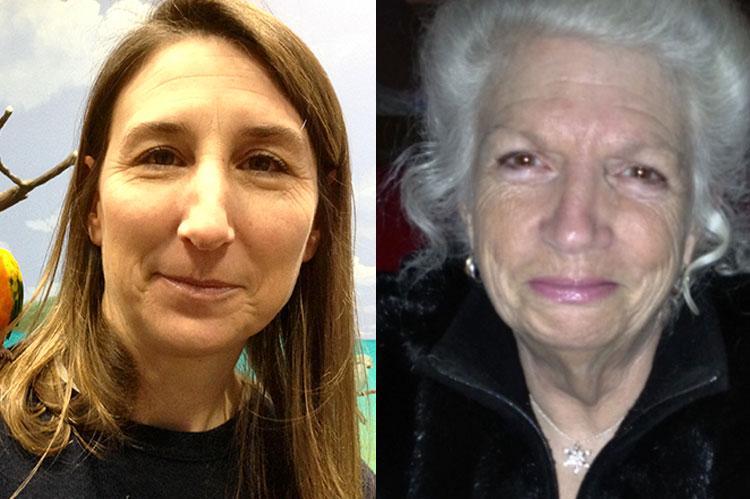 In her first bid for a seat on the Springs School Board, Hella Drew will challenge Barbara Dayton, a two-term incumbent, in the May 18 election.

Ms. Dayton, who is the sitting school board president, cited her ability to manage the board's "balancing act" as a qualification for re-election.

"I believe strongly in what the board's role is: governance," Ms. Dayton said, stressing that fiscal responsibility is more in line with the board's work than micromanagement. She said she feels the current budget proposal is reasonable. "We're always taking into account that our taxpayers in Springs are asked to do more because we don't have business resources to support it, but we don't want kids in school to be too far behind the other districts."

She said she has a sense of fairness and strength in making unbiased decisions and is open to listening to all sides.

Having lived in Bolivia for a year at age 16, she is fluent in Spanish and also knows firsthand "what that sensation is like being plunked into school unable to communicate," so she keeps in mind how the school can serve the needs of individual students from different backgrounds and with different skill sets.

During her tenure, she added a monthly work session to boost transparency and get more done as a board. She has also worked closely with the architect overseeing the school's current expansion and renovation. She wants to continue assessing where the school stands with its new nitrogen reducing septic system (Springs was the first district on Long Island to install such a system).

A drummer and artist who works part time for the Blumenfeld and Fleming advertising firm, Ms. Dayton has two daughters who graduated from the school. She has lived in the district for 22 years.

Ms. Drew, whose family has lived in the Maidstone Park area of Springs for 70 years, said she was motivated to run by the need for options to relieve the tax burden on residents of Springs, which has the highest school tax rate of any district in East Hampton Town.

"They built a new, huge addition to our school, and we just finished paying off one school addition," said Ms. Drew, whose two adult sons, Martin and Eric, both attended the school. Eric Drew has worked at Springs School for 23 years.

As a former real estate appraiser for banks on the East End, Ms. Drew said she felt the heavy tax burden on Springs residents was unwarranted. She believes there should be a way to replace tax income lost when improved properties are purchased by the town for preservation, "and lo and behold, there has been such a program since 2008," she said. The program, in place only in the central pine barrens, reimburses schools with payments in lieu of taxes (PILOT) when properties are purchased using money from the community preservation fund. For East Hampton Town to enact a similar PILOT program, it would require enabling legislation at the state level, said Assemblyman Fred W. Thiele Jr.

Ms. Drew is adamant about pursuing this effort, which, she believes, could offer some relief to Springs taxpayers, and said she plans to ask the current board "how this passed them by."

Voting in Springs is on Tuesday from 1 to 9 p.m. in the school library.