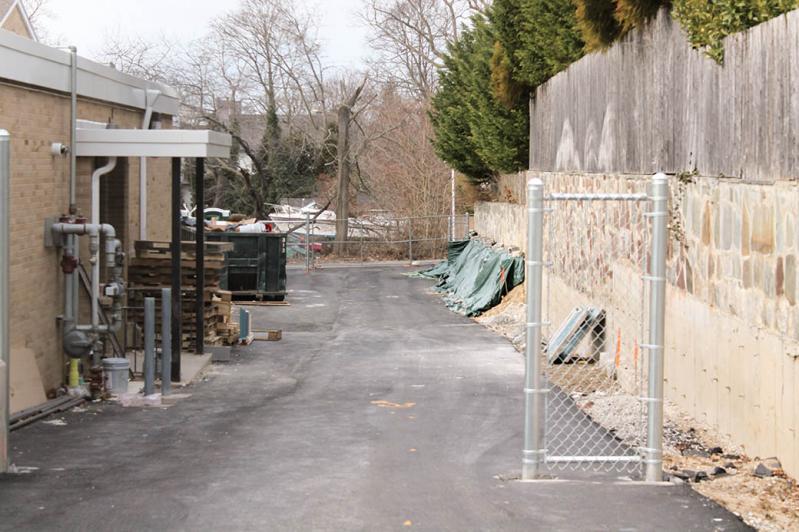 Construction crews working at the Sag Harbor Learning Center last spring removed about 300 tons of soil contaminated with arsenic, which school officials said likely seeped into the ground from wood treated with chromated copper arsenate that was thought to exist on the property at one point in time.

Sag Harbor School Board members indicated Monday night that they had only learned about the issue last week, when requests for money to pay for the removal of the soil came before them for approval.

When queried Monday by board members, the district’s architectural team from IBI Group, Bill Sands and Ed Bernhauer, said they had informed the district administration about the problem last spring, when it was discovered during routine demolition. By state environmental law, Mr. Bernhauer explained, whenever a construction crew is removing soil above a certain volume threshold, it must be tested by an outside entity to determine its composition.

Then the district “found out we had to truck it to an out-of-state location,” spurring the extra costs, according to Paul Wilken, who oversees Sag Harbor’s facilities and grounds.

But, apparently, no one had told the school board.

“I don’t know why we didn’t find out for eight or nine months. I’m baffled,” said Chris Tice, a board member.

Eleanor Tritt, Sag Harbor’s interim superintendent, clarified yesterday that the soil was removed first, and then tested to determine where it needed to be transported. She said she did not want to speculate as to why the school board was not informed for so many months.

The soil contamination cost the school district an extra $31,695 on a project that is already more than $2 million over budget. Paperwork documenting the soil removal was dated as early as April of last year.

According to Ms. Tritt, IBI Group has said there is no indication that the contamination leached elsewhere on campus or in the neighborhood. Still, the school board on Monday requested a proposal from the architects on what it would take to do further testing and how much it could cost. Ms. Tritt said only one of the two soil samples showed the presence of arsenic. Ms. Tritt later said the soil sample tests showed 17 parts per million of arsenic, just slightly over the maximum threshold of 16 parts per million of arsenic in soil according to state environmental law.

Susan Lamontagne, who was a school board member at the time the construction process was just getting off the ground, and who works in the public health advocacy field, said Monday that she was never told about the soil. She asked the school board to hire an investigator to conduct a forensic audit of the entire project.

“I was really shaken when I saw on line the issue of the contamination” earlier this week, Ms. Lamontagne said. “It really bothers me that something was obviously reported to the school and not reported to the board. That is so serious. . . . Something went really wrong here.”

Chromated copper arsenate is often used to make pressure-treated wood more resistant to insects and rot. According to the Children’s Environmental Health Network, it was used for many years to treat wood used in playground structures. Wood treated this way was phased out of residential and consumer use beginning in 2004 because arsenic, a known toxin, is one of the components. The Children’s Environmental Health Network says kids are more susceptible to arsenic exposure than adults, particularly since they often touch their hands to their mouths and breathe more air than adults do.

It was also announced Monday that the Sag Harbor Learning Center, formerly known as the Stella Maris Regional School, is still not ready for occupation, despite the school board receiving word in November and December that the building would be “turned over” to the district by Dec. 31. Recent plans were to move the district’s prekindergarten program and business offices to the Sag Harbor Learning Center in January, but the district postponed the date after issues emerged with a retaining wall behind the school.

“Contractor performance is the issue we’re having,” Mr. Sands told the school board. When one contractor has a problem or does not report to the site, it impacts the ability of the others to do their work, he explained