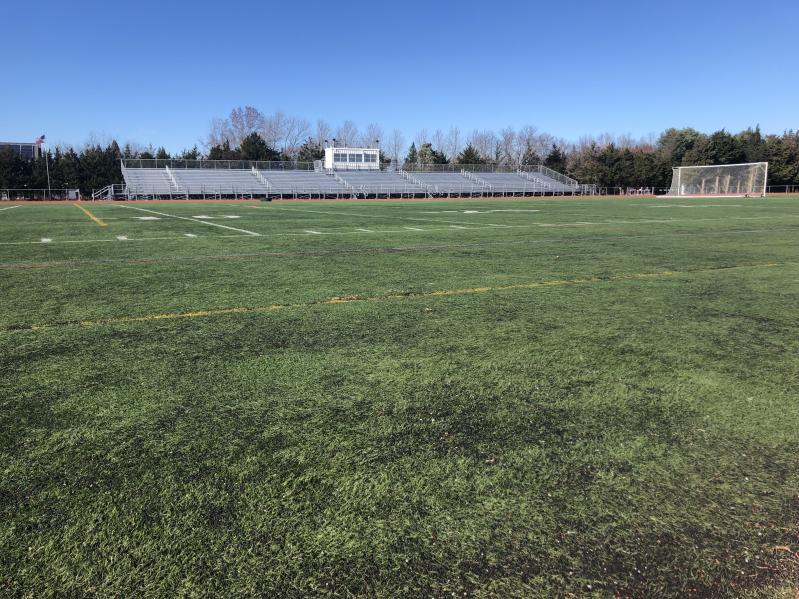 Just over a month ago, the East Hampton School Board began prioritizing the building projects on the district’s to-do list. On Tuesday, that list got longer.

Following a meeting of the district’s facilities committee, Isabel Madison, East Hampton’s assistant superintendent for business, described needs in the areas of technology and networking, library and kitchen upgrades, new lockers, and bathroom improvements. A proposal to renovate the high school auditorium has been postponed, but the replacement of the school’s aging artificial turf athletic field is still on the list of priorities.

A new, more efficient and secure phone system would cost about $90,000 and would be eligible for grant money from the state, Ms. Madison said. An upgrade to the firewall for data protection purposes would be about $31,000. But the big-ticket item is replacing the physical network infrastructure, which would be about half a million dollars, Ms. Madison said. It’s possible that estimate could come down, she added.

J.P. Foster, the school board president, called it “far more expensive not to upgrade” the technology systems. Christina DeSanti, the vice president, suggested doing the work in phases, “so we don’t get hit all at once.”

Ms. Madison said other possible projects include renovating the elementary school library “to be more inviting and creative so the children can be more productive.” Redoing middle school lockers on the first floor has also been mentioned; the project would include asbestos abatement and could cost around $130,000.

“This is not the first time it has been brought to our attention,” Ms. Madison said.

There are also sinkholes on the grounds of some of the facilities that need to be addressed, Ms. Madison said.

Much of the work does not have a firm price tag yet.

“Obviously, when we have the dollar signs, we’ll come back to you and see if it can be done this year or maybe next year,” Ms. Madison told the school board.

One project that does have some estimates already behind it is the turf field replacement. Representatives of LandTek, which installs and helps maintain artificial turf fields at Long Island schools, attended Tuesday’s school board meeting to explain the options.

The turf field could run the district at least $588,000, depending on which infill the district chooses. Possibilities include ground-up tires or sneakers, a sandy mixture, and coated rubber that mitigates heat. The existing field, which was estimated to have a useful life of 10 to 12 years, has lasted 14 years, according to Richard Burns, the district superintendent.

“Do we have time to consider this?” asked Jackie Lowey, a board member.

John Ryan Sr., another board member, said he believes it’s important the district does not exceed the limitations of the state-mandated cap on tax levy increases.

“I think we can do that and get everything we need done,” he said. “It might take some squeezing and more than one year to get it finished.”