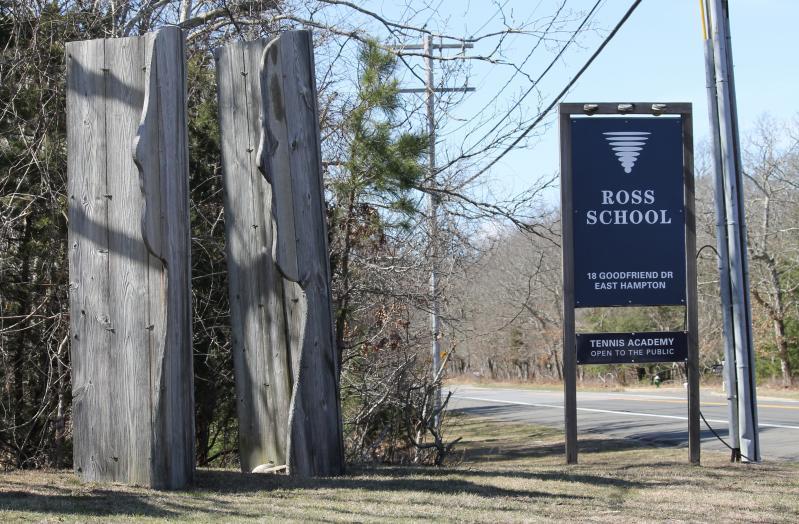 By now, it's an open secret: A single gathering of teens, reportedly held two weekends ago at a house in Sag Harbor and attended by students from multiple schools, has resulted in a spate of positive Covid-19 cases and related quarantines at at least two schools.

In Sag Harbor, the district superintendent, Jeff Nichols, said that at Pierson Middle and High School, there were 12 positive cases confirmed between March 12 and March 22 — representing almost half the total number of cases tracked since the beginning of the school year, according to the School Covid Report Card, New York State's online database of cases in schools.

However, he said by email this week, "We can't attribute the cases to a particular gathering." An additional 112 Pierson students and staff members were on quarantine as of late Monday morning.

In an email sent Friday afternoon to families of the Ross School, Andi O'Hearn, head of advancement and operations, confirmed that the school received word of such a gathering as it began contact tracing for a handful of cases last week.

In that message, she said there have been four confirmed Covid cases at the Ross Upper School and that "unfortunately, we believe this number may grow." The number had risen to five by Monday. The school's total stands at 16 since September, according to the School Covid Report Card.

"The most frustrating part is that this should not have happened," Ms. O'Hearn wrote. "When we first read on our MedBot on Tuesday morning that students had attended a gathering larger than 10 people and that they had been exposed to Covid, we were surprised and upset. We believe that the majority of our families and students have worked hard to follow the expectations of the school and to abide by our guidelines. We now see what happens when anyone relaxes the standards."

Efforts to reach the adults at whose house the party was reportedly held were unsuccessful this week.

Ross School administrators also said last week that all 10th and eighth grade students have been on remote learning for several days not only because of possible exposure to the students who did test positive, but also because many were fearful and did not come to school.

On Monday, there were five new Covid cases among students and one among staff reported at East Hampton High School, bringing the school's total number of cases to 94 since September. Adam Fine, East Hampton's assistant superintendent, said Tuesday that "our recent cases are unrelated to [the] alleged social gathering." He also said that they "are unrelated to school or sports exposures."

In a message to school families, Jill Collins, East Hampton's dean of students, said that all "direct contacts" have been notified of exposure and quarantine rules. "We urge all of our students and staff to continue to practice social distancing, proper hand-washing hygiene, and compliance with Covid-19 guidelines. With this, we can ensure the safe continuation of our in-person learning program."

Three East Hampton sports teams had recently been in quarantine, including the junior varsity football team, in which students from other schools also participate. The Star reported last week that a Pierson student on the junior varsity team had tested positive for Covid, necessitating the quarantine.