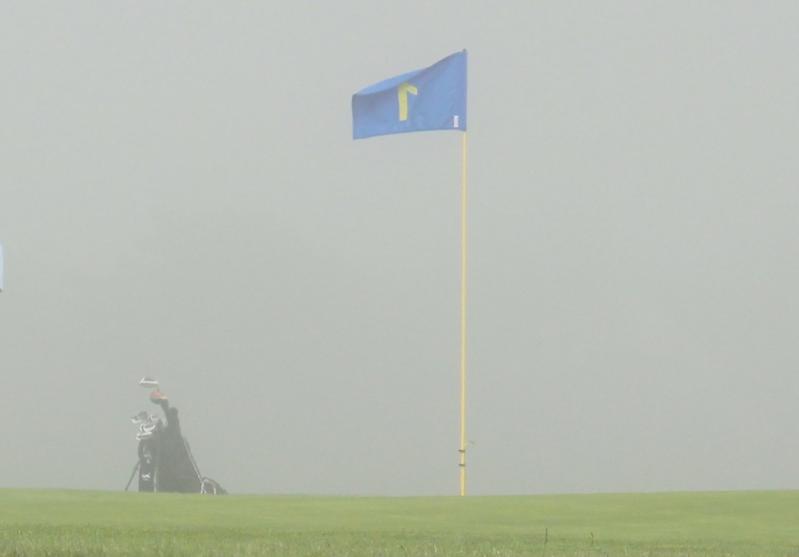 Today, May 6, 2020, is the “soft opening” of our Sag Harbor Women’s Golf League. This was supposed to be the day of our official season opener, replete with teams, prizes, a shotgun start so everyone would start and finish at the same time, and a potluck lunch in the clubhouse, to which, among other delicious offerings, Alvina, our 92-year-old member, would undoubtedly bring her wonderful tiramisu, Naree her exquisite Thai noodles, Eilene her zucchini pie, and I, not much of a cook, would muster at least a salad or maybe just some packages of Tate’s cookies.

Instead, we have four foursomes, way down from our usual number, staggered at 15-minute-apart starting times. We’ve been advised to show up just 10 to 15 minutes before our tee time, use our own pull carts, wear a mask while in the parking lot and while walking to the first tee, after which we should maintain proper social distance from our playing partners and keep the option of putting the masks back on if we get too close. And, of course, there’s no lunch, no even entering the clubhouse, though there is now a porta-potty on hole six.

I’m in the last group, paired with Sandy, a friend off the course as well as on, but someone I see these days only for a quick golf round in which we try to stay those six feet apart; Lisa, our league secretary, who’s just returned from Vero Beach — many of our league members are staying much longer in Florida than they would normally, indeed many won’t be back until June or even later, and a new league member, Robyn, who can really hit the ball when she connects. I learn she’s the director of an East Hampton early childhood center that is now taking care of children of essential workers for free.

We’ve been going along well, masks thankfully removed, conscious of keeping social distance but without making too big a thing of it, calling some shorter putts “gimmes” that we would normally putt out since we prefer not to touch any part of the hole, let alone accidentally the flagstick — the holes have been shallowed so that it’s possible to extract the ball with thumb and forefinger. But still. Isn’t it best to avoid risk? Everyone is happy to be out playing golf again but at the same time aware that unseen microbes could be emanating from flagpoles, cups, balls, and other people.

We have reached the sixth hole of our nine-hole course, the one with the tree smack in the middle of the fairway that sometimes you have to hit over on the second shot. I’ve done that successfully today, and after a third shot pitched a bit short, I’m lying about six feet in front of the tricky downward-sloping green. A good chip puts me three, perhaps three and a half feet to the right of the hole, and I’m thinking to myself, “Oh boy, if I make a one-putt, I can have a bogey 5.” What a pity, too, we weren’t playing the putt-counting game that was originally scheduled for our season opener.

At this point Sandy’s ball, which is white — mine is yellow — lies on the far side of the hole, about eight feet out. Lisa and Robyn are farther away, maybe just off the green, maybe just on it. I don’t really see because of what happens next.

From the woods close behind the green, the woods into which so many balls have vanished when golfers overhit their approach shots, out from these woods bounds a dog, a midsize, brown frisky dog, that scampers onto the green as we four golfers stand just off its front edge, startled and amazed.

The dog is in motion. It leaps toward the first ball in its path — Sandy’s white ball — pushes it with its nose and paws, picks it up in its mouth, and then drops it about five feet from its former position.

A thought forms in my mind. Sandy will have to put her ball back where it was to putt for a proper score for that hole. But before I can say this, the dog has moved on to my ball — my yellow ball — and scooped it up into its mouth. I think it’s going to drop the ball, as it did Sandy’s, but it doesn’t. Ever in motion, it turns tail and scoots back into the woods — my golf ball still in its mouth.

I see the dog’s owners, or at least their heads — a young man and young woman, he wearing a ski hat — on a path in the woods. They’re well within hearing distance, and I shout to them. “Your dog has my ball!” There’s no response as they and the dog move farther away from us. “Give me back my ball!” I shout, but it’s futile.

And do I even want it — with all that dog saliva? Maybe the dog is a coronavirus carrier. Maybe its owners are. “I don’t really want it back, do I?” I mutter to my group and to myself, struggling to make peace with my loss. “I guess that’s a gimme,” I hazard. The others concur, and I mark a score of 5 for the hole.

Our group completes the sixth hole, with Sandy returning her ball to more or less its original lie. And as we move up the path leading to our forward tees on hole seven, we muse and laugh about what’s just happened.

“That’s the ethos of coronavirus,” says Lisa. “No acknowledgement. No coming up to us with an apology. No ‘We’re sorry. Our dog just took your ball.’ Nothing.”

Yes, nothing. The extraordinariness of it stuns me. Just the couple — and the dog — moving out of range. Distancing from us. Avoiding contact.

“I wouldn’t have wanted that ball anyway,” I repeat. “It was an old ball.” And really, how many balls have I lost by other means, probably hundreds of them, in my 25 years of playing golf?

“What kind of dog was it?” I ask. The others seem to think it was a chocolate Lab, though Robyn notes that its fur was atypically curly. Someone in our group pronounces a malediction on the dog’s owners. It’s a joke, so we laugh. And we move on. Happy, despite it all, to be playing golf, to be able to play golf in the challenging time of coronavirus.

When we reach the clubhouse, Ann, from the group in front of us, who is packing up her car, calls out from a proper distance to ask if any of us saw her pitching wedge on the course. We had seen it, right beside the fourth-hole green. But no one had wanted to pick it up. So instead of bringing it in as we normally would have done, one of us gingerly nudged it with the end of a club to leave it in plain sight on the green’s front edge. We hoped it would somehow get reunited with its owner. But what more, given our concerns for our own safety, could we do?

Wendy Fairey, a professor emerita of English at Brooklyn College, is the author of “Bookmarked: Reading My Way From Hollywood to Brooklyn.” She has a house in East Hampton.