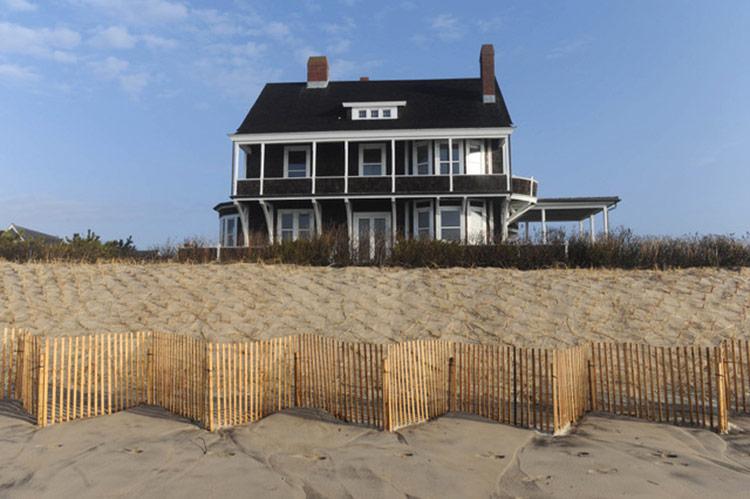 Kilkare in Wainscott, a nearly 7,000-square-foot house with seven bedrooms, seven and a half baths, and nine fireplaces, was recently sold to an undisclosed buyer.
Doug Kuntz
By Jamie Bufalino

Kilkare, a historical oceanfront house in the exclusive Georgica Association in Wainscott, has recently sold, according to Michael Cantwell, the chief marketing officer for Bespoke Real Estate.

The nearly 7,000-square-foot, seven-bedroom, seven-and-a-half-bath house had been owned by Eleanora Kennedy, whose late husband, Michael Kennedy, was a prominent trial lawyer who defended clients such as John Gotti, the Black Panther leader Huey P. Newton, and Ivana Trump in her divorce from Donald Trump.

Ms. Kennedy had initially listed the house in 2017 for $55 million, but later lowered the asking price to $45 million. Mr. Cantwell did not disclose the final sale price nor the buyer. “It’s truly an iconic property, and I hope the new owner enjoys it,” he said.

Built in 1879, the house started out as a 1,600-square-foot summer cottage for Walter and Camilla Edwards, who had commissioned ship carpenters to construct it. It remained in the Edwards family until the Kennedys bought it in 1975.

The Victorian structure, which features a wraparound porch, sits atop a dune just 50 feet from the ocean, and the 3.42-acre property includes a meditation garden, a pool, and a private walkway to the beach.