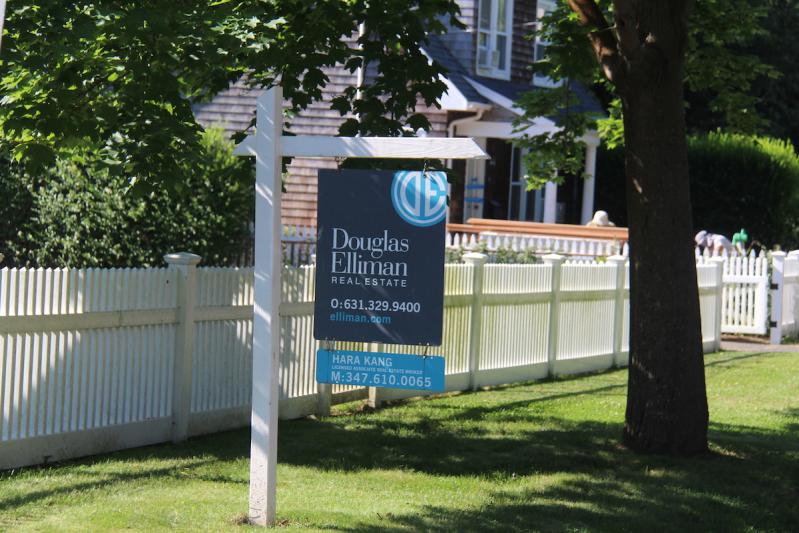 The real estate market had been showing signs of rebounding from a lackluster 2019 even before the pandemic struck, but by April it was clear a full-fledged boom was underway.
Durell Godfrey
By Jamie Bufalino

From a winter surge in house rentals to a spring shutdown of in-person showings and a subsequent boom in sales that continued through Christmas week, the pandemic led to an unprecedented year in the East End real estate business.

”It was a year like I’ve never experienced,” said Adam Miller, the founder of a Bridgehampton real estate law firm. “I went from wondering what I was going to do with my life in March to never being so busy in my life.” During the week of Dec. 14, he said, “I did $120 million in deals.”

The East End continues to be exceptionally popular among wealthy buyers looking for a place to wait out the pandemic, Mr. Miller said, because “this is one of the few places where you can buy a compound.”

At the onset of Covid, a stampede of New York City residents seeking an East End refuge led to a surge in rentals and a scarcity of inventory. “We had a hedge fund manager call on, like, March 15, to say he needed multiple properties to rent,” recalled Robert Nelson, a managing director at Brown Harris Stevens. That was the first sign, he said, that 2020 was going to be an extraordinary year. “The minute we saw the rentals surge, we knew it would transition into a buying boom.”

The firm’s biggest deals included the Dec. 17 sale of a $21 million property in Quogue, a $17.2 million residence on Meadowlark Lane in Bridgehampton in September, and an $11 million compound on Further Lane in East Hampton, which sold in July. In the days leading up to Christmas, plenty of eager buyers were still looking, said Mr. Nelson. “There might not be the desperation we saw in midsummer, but it’s still busy.”

The real estate market had been showing signs of rebounding from a lackluster 2019 even before the pandemic struck, but by April it was clear a full-fledged boom was underway. The Peconic Bay Community Preservation Fund, which receives the proceeds of a 2-percent real estate transfer tax for the five East End towns, took in $30.92 million in the first three months of 2020, the largest first-quarter revenue in the fund’s 22-year history, according to Assemblyman Fred. W. Thiele Jr., some 87 percent higher than in the same period last year.

That milestone was achieved even as, on March 22, real estate firms and other “nonessential” businesses had to close, under an executive order from Gov. Andrew M. Cuomo. They were not allowed to reopen for in-person business until June 9. Agents conducted virtual showings, but for the most part, transactions ground to a halt. “It wasn’t just a pumping of the brakes, it was shutting the valve off,” said Judi Desiderio, the C.E.O. of Town and Country at the time.

But “the market didn’t just bounce back, it came back with a vengeance, and I don’t think anyone could have seen that coming,” said Todd Bourgard, a senior executive at Douglas Elliman. Despite the nearly three-month hiatus, a surge in sales continued to boost C.P.F. revenues. In a report issued earlier this month, Mr. Thiele said a total of about $120 million is projected for the year.

Douglas Elliman had a “banner year,” said Mr. Bourgard. Its most high-profile residential sales included three East Hampton Village properties, the iconic “White House,” on the corner of Woods Lane and Main Street, which had been listed for $7.25 million, and 26 and 32 Windmill Lane, which sold as a two-property compound for $45 million.

With the distribution of coronavirus vaccines now underway, the prospect of a return to life as usual is in sight, but Mr. Bourgard, like others in the real estate business, expects the momentum of the “pandemic boom” to continue into 2021. “We’re going into the new year without a slowdown,” he said.