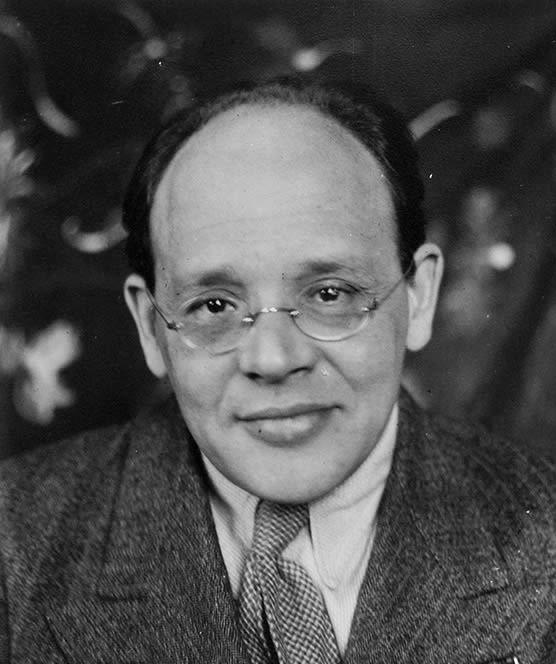 During the Polish-Soviet War of 1920, a conscript and professional journalist named Isaac Babel began taking notes on the fighting he witnessed. The notes grew to a diary that he then used to inform an astonishing story cycle titled "Red Cavalry," published in 1926.

Rereading both the tales and the diary recently, I was struck by the similarities between the recent news reports coming from Ukraine and Babel's work written almost precisely 100 years ago. The details are so eerily reminiscent of Putin's invasion, in fact, that reading Babel now one tries not to shudder at the cyclical madness of history.

Like Putin's war, the Polish-Soviet War was unnecessary, ill-conceived, and unrelentingly brutal. In November of 1918, Vladimir Lenin annulled the Treaty of Brest-Litovsk and soon began to move troops west to recover lands in Ukraine that had been lost to the Poles after World War I. Initially, the Soviets' push west was successful, with the Poles driven back nearly to Warsaw. By the summer of 1920 it seemed certain that the capital city would fall. The Poles, however, secured an unexpected victory at the Battle of Warsaw and rapidly began pushing the Soviets eastward.

Babel's writings on the conflict — which takes place primarily on what is now Ukrainian soil — capture both the exhilaration of the early Soviet victories and the bitterness and humiliation of the later defeats. Unflinchingly candid, Babel's accounts of the atrocities inflicted on the civilian population shocked the world when first published — and sadly presage the butchery recently uncovered in Bucha and Mariupol.

It was a savagery inflicted by Russians and Poles alike. In Babel's short story "Crossing the River Zbrucz," a soldier bivouacking in a private home is awoken during a nightmare by the daughter of the house. She tells him she must put him in another bed because he is "kicking my papa" in his sleep. When she pulls the blanket back on the body, the soldier sees an old man lying on his back, dead.

"His gullet has been ripped out," the narrator tells us, "his face hacked in two, and dark blood is clinging to his beard like a clump of lead." The daughter describes her father's murder. "The Poles were hacking him to death and he kept begging them, 'Kill me in the backyard so my daughter won't see me die!' But they wouldn't inconvenience themselves."

Here is a diary entry from Zhitomir, a town in western Ukraine:

"The Poles entered the town, stayed for 3 days, there was a pogrom, they cut off beards, that's usual, assembled 45 Jews in the marketplace, led them to the slaughteryard, tortures, cut out tongues, wails heard over the square. They set fire to 6 houses. I went to look at Koniuchowski's house on Cathedral Street, they machine-gunned those who tried to rescue people. The yardman, into whose arms a mother dropped a child from a burning window, was bayoneted. . . ."

Seeing the contemporary images of bombed hospitals and mass graves, there is a question you hear ordinary people asking over and over again: "How could they?" But violence, Babel tells us, is contagious, spreading among troops like a flu.

In the often-anthologized story "My First Goose," an unnamed narrator is assigned to a regiment of thugs. He is bespectacled, obviously an intellectual (possibly a stand-in for Babel himself), and immediately derided for looking weak. "So you're one of those powder puffs," the division commander tells him. When the narrator is introduced to the other Cossacks, one of the men grabs his suitcase from him and flings it out into the street. Finally the quartermaster explains the ethics of the regiment to him. "A man of high distinguishings they'll chew up and spit out — but ruin a lady, yes, the most cleanest lady, and you're the darling of the fighters."

The narrator catches on fast. In the hut where he is bivouacked he begins to bully the mistress of the house for some food. When she hesitates, he shoves her, then notices a goose waddling in the front yard, "placidly grooming its feathers." The narrator grabs it and cracks its skull. " 'Goddammit,' I said, poking at the goose with the saber. 'Roast this for me, mistress!' "

The other Cossacks, watching nearby, seem to have been won over. "This fellow'll fit in here well enough," one of them announces. That night, the narrator and some other Cossacks go to sleep together in the hayloft. "Six of us slept there warming each other, our legs tangled, under the holes in the roof which let in the stars."

Like Putin's army, the Cossacks in Babel's work are undersupplied, their spirits beleaguered. "Not enough weapons," he writes, "the cartridges don't fit, the boys are moping about in the stifling hot trenches. . . ." In the story "Italian Sun," the narrator peeks at a letter his roommate is writing to his parents. "I took part in a three-month Makhno campaign — the whole thing a grueling swindle, nothing more!"

As of this writing, the city of Mariupol had fallen except for a few holdouts at a steel factory who refuse to surrender. Might this entry from Babel's 1920 diary give us a glimpse of their thoughts as the Russians close in?

"[S]oon we shall die, man's brutality is indestructible. The situation is getting worse at the front. . . . Everyone's left, a few staff people have remained. . . . I am listening to the sounds of battle, for some reason I feel good, there are only a few of us, no transport cars, no administrative staff, it's peaceful, simple. . . ."

The Polish-Soviet War was fought to a standstill, finally ending with a cease-fire at the end of 1920 — though not before 100,000 people had been killed. The finalized treaty, called the Peace of Riga, came in early 1921 and divided the disputed territories of Ukraine and Belarus between Poland and the Soviet Union.

Isaac Babel survived, but succumbed to Stalin's purge in 1940. The Soviets, apparently, never forgot the depictions of Russian savagery in his early writings. Babel's affair with the wife of the of the leader of the N.K.V.D. probably didn't help either. On Jan. 25, 1940, Babel was falsely convicted of terrorism and espionage. Directly after the mock trial he was taken to a courtyard and shot.

Later Stalin asked a literary friend if Babel had been a good writer.

"A wonderful writer," stated the friend.

"Pity," Stalin replied, with what might be called Putinesque empathy.

Rarely does century-old writing have more relevance and urgency than Isaac Babel's. Read him.

Kurt Wenzel is a novelist who lives in Springs.

Free Car Seat Checks in Southampton
Battle of the Books, and More Fun for Teens
This Week's Happenings in Montauk
END_OF_DOCUMENT_TOKEN_TO_BE_REPLACED