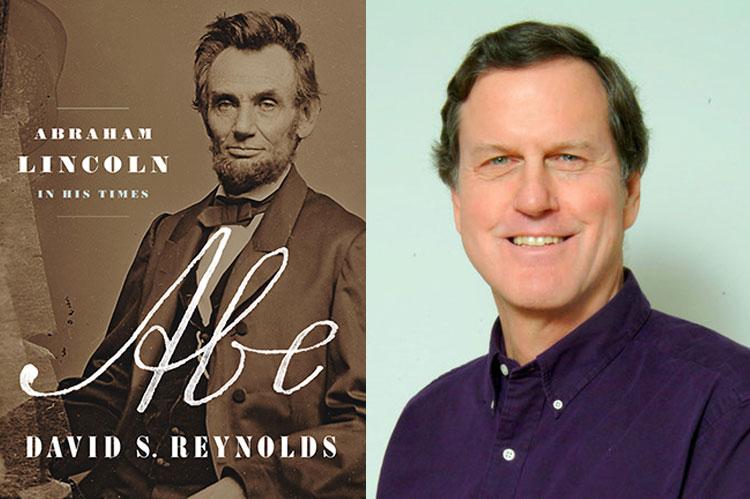 Abraham Lincoln was elected president of the United States 161 years ago, 84 years after the Declaration of Independence. Almost twice as much time has passed since his election as had passed between 1776 and 1860.

Lincoln firmly believed the words of the Declaration of Independence — "We hold these truths to be self-evident, that all men are created equal, that they are endowed by their Creator with certain unalienable Rights" — and that they are inherent in the Constitution.

In opposition to his election, seven Southern states seceded from the Union before he was inaugurated, soon joined by four more. His entire presidency was dominated by a war fought over the legitimacy of slavery and the integrity of the Union and ended five days after the end of the war, with his assassination on April 14, 1865.

David S. Reynolds's biography, "Abe: Abraham Lincoln in His Times," presents a corrective to the view expressed in David Herbert Donald's 1995 biography that Lincoln "was only indirectly connected with the economic and social transformations of the period." On the contrary, Mr. Reynolds shows the extent to which Lincoln was a part of, and an actor upon, the economy and the society of his times. Also, whether intentionally or not, Mr. Reynolds reveals how relevant Abe's times are to ours.

How little has changed since the Emancipation Proclamation of 1863. The intransigence of culture — by which I mean the half-unconscious habits of mind passed from one generation to another in mothers' milk, as it were — is an intransigence that trumps the law. Lincoln foresaw this when he said to a delegation of Black visitors to the White House, "Your race are suffering, in my judgment, the greatest wrong inflicted on any people" because "even when you cease to be slaves, you are yet far removed from being placed on an equality with the white race."

This biography traces the evolution from Lincoln's early objections to slavery and in particular the extension of the "South's peculiar institution" to the Western territories, ending with his Feb. 1, 1865, signing of the resolution that became the 13th Amendment, ending slavery, after it was ratified by the requisite number of states. By that time "enslaved people made up about an eighth of the U.S. population" and numbered almost three and a half million. In his last speech, on April 11, 1865, Lincoln even "called for limited suffrage for African Americans."

Mr. Reynolds is careful to demonstrate this evolution, and emphasizes that the president understood that the ultimate success of abolition had to be approached so as not to lead to chaos: "Lincoln balanced himself between extremes: between popular sovereignty and the demands for immediate abolition, between Southern and Northern views, between ungoverned higher laws and what he and other Republicans" — the liberals at the time; the Democrats were the conservatives — "saw as the antislavery higher law within the Constitution. He thought that if he leaned too far in any direction, the nation would fall into anarchy or despotism."

However, "by the mid-1850s, he was forthright and persistent in his assault on slavery."

In 1854, in Peoria, Ill., Lincoln said: "I hate it because of the monstrous injustice of slavery itself. I hate it because it deprives our republican example of its just influence in the world — enables the enemies of free institutions, with plausibility, to taunt us as hypocrites — causes the real friends of freedom to doubt our sincerity, and especially because it forces so many really good men amongst ourselves into an open war with the very fundamental principles of civil liberty," words that could well be repeated today.

Mr. Reynolds also shows another side of Lincoln's politics that speak to our present: His progressive goals regarding the economy and social policy. He "wrote that the government must do not only what people 'can not do, at all,' but also what they 'can not, so well do, for themselves.' . . . He backed huge government projects for roads, canals, and railroads -- what today would be called infrastructure." He introduced the Homestead Act, land grant colleges, the National Currency Act, the National Banking Act, and the National Revenue Act (an income tax on the rich).

As in our own times, "With the rise of a market economy, class divisions deepened during the antebellum era, creating social tensions. Between 1774 and 1860, the percentage of total assets owned by the richest 1 percent of Americans increased from 12.6 percent to 29 percent, while that controlled by the top 10 percent rose from less than half to nearly three quarters."

So we could agree with a Frenchman, Alphonse Karr, who remarked in 1848 apropos the intractability of repealing capital punishment: Plus ca change, plus c'est la meme chose.

Thus, this work offers an alternative to the unfortunate tendency in current commentary to judge the past in terms of present social anxieties. Rather than criticize Lincoln for having evolved from moderation into his single-minded determination to abolish slavery, we might pay more attention to how slowly we ourselves have evolved.

David S. Reynolds movingly celebrates Abraham Lincoln as the greatest American president. Like Martin Luther King Jr. a century later, he confronted the national sin of slavery and paid with his life. So, for this reader, Abe emerges from these pages as a tragic figure of Sophoclean proportions.

David S. Reynolds is distinguished professor of history at the Graduate Center of the City University of New York. He lives part time in Sagaponack.