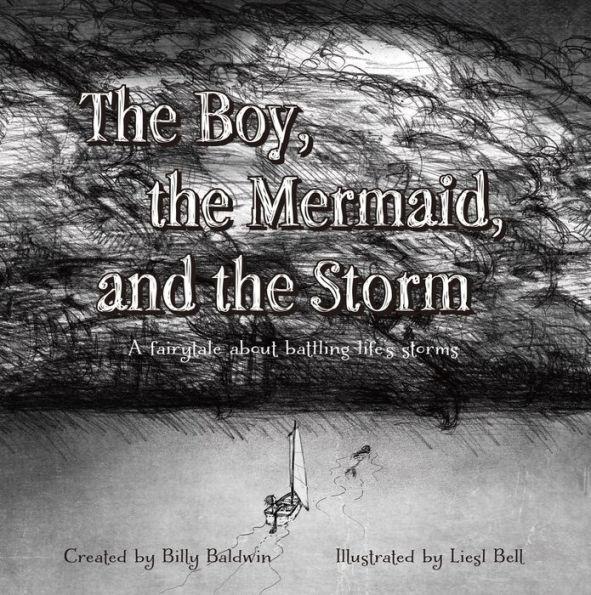 Liesl Bell has illustrated books by Sag Harbor's Billy Baldwin before, but never like this. The South African's pen-and-ink work and crosshatching are furious across the big, bold pages of "The Boy, the Mermaid, and the Storm" (Decozen Books, $19.95). They're dark, too, befitting the subject, which is telegraphed in the book's subheading, "A fairytale about battling life's storms."

The boy sets sail, and when the wind kicks up, only a mermaid's intervention saves him from drowning. He gets a reprieve on the deserted Island of the Eye, which is seemingly peaceful but in fact spooky. Still, he briefly ponders a life there doing nothing, which recalls the Lotus Hotel and Casino from the Percy Jackson series, based on the experiences of the mythological lotus eaters Odysseus chanced upon and where the years fly by in a blissful haze.

"Though you won't see me, I am with you," the mermaid says to the boy as he departs, religious overtones redolent. "Remember, no storm is stronger than you." This notion may be repeated once too often, but the point is well taken. Through encounters with a sea dragon and tentacles of kelp, the body weakens but the spirit is unbroken. You're homeward bound, son. 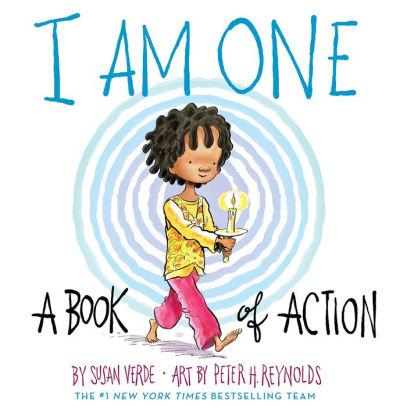 The dynamic duo of kid wellness is back. With the appropriately spare prose of Susan Verde of East Hampton and the fetching watercolors of Peter H. Reynolds, "I Am One" (Abrams, $14.99) takes its cue from Greta Thunberg, the teen environmental activist, who, Mr. Reynolds says in his dedication, "showed the world the power of one young person," and from a quote from the Dalai Lama, as Ms. Verde points out in her author's note: "Just as ripples spread out when a single pebble is dropped into water, the actions of individuals can have far-reaching effects."

"How do I make a difference?" the young protagonist asks. When the world is such a mess, is the unstated second half of that thought. One step at a time, comes the answer. Or, more concretely, "One brick to start breaking down walls." Peeking through to the other side of one, a friend is made, and the two sail across the ocean, ignoring borders in search of a kind of anti-nationalist Pax Humanitas.

And when they beach their boat, those bricks they removed from the wall are repurposed in a most communitarian way, as a walkway winding among a peace garden freshly planted by the children of the world. Let us hope. 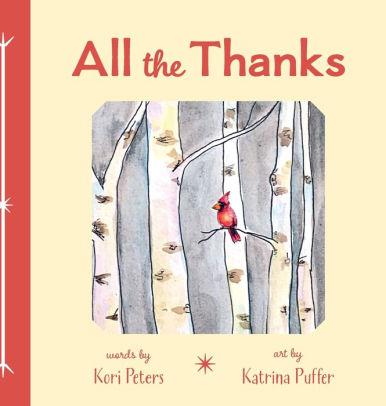 First to be commended in "All the Thanks" (Missing Manners, $22) by another East Hamptoner, Kori Peters, with art by Katrina Puffer, is the decision to pepper the pages with recurring images of a cardinal in various stages of flight or repose, both a seek-and-find game and a representation of "celebration, hope, health, and joy," the author says by way of introduction.

And then on to gentle reminders in rhyme, ostensibly regarding showing gratitude for Christmas presents, but the lesson applies the year round, of course: "Whether it be Monday, Tuesday, Friday, or other," don't forget to stop and consider your good fortune, "it's easy to start. Why not right now?"