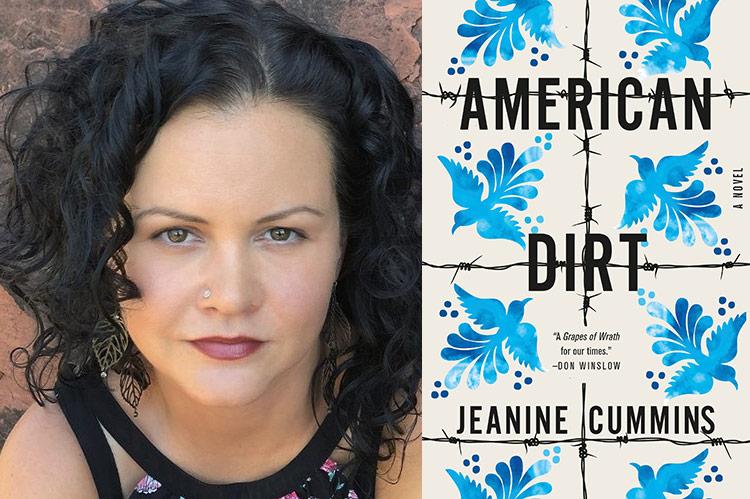 Back in the 1950s, the story goes, Groucho Marx played the Maidstone golf course in East Hampton as the guest of one of its members. Duly impressed with the course after his 18-hole round, he inquired about becoming a member himself, but was told that the club did not accept Jews. “How about my son?” Groucho replied. “He’s only half Jewish. Maybe he could join and just play nine holes.”

Groucho’s quip highlights the illogic of racial discrimination. But if you think the story is a quaint anecdote from a bygone era, you probably haven’t yet heard the controversy over the novel “American Dirt.”

“American Dirt” tells the story of a Mexican mother and her son who flee north when a drug cartel kills their family. The book is part thriller, part social critique of the Trump immigration policy, and highly empathetic to its Mexican characters.

The pre-publication hype for the novel was prodigious, with blurbs that carried comparisons to “The Grapes of Wrath.” Movie rights were quickly sold. Upon publication it was an instant best seller. It became an Oprah recommendation and garnered the support of the actresses Salma Hayek and Gina Rodriguez. It was a great success story, a breakout novel that was both an enjoyable read and on the “correct” side of America’s immigration controversy. Right?

Then the backlash began. Most of it centered on the race of the author, Jeanine Cummins, who is white — or, to be more accurate, one-quarter Latina (yes, this is the kind of controversy in which percentages of race must be tallied as if on a scoreboard). Ms. Cummins has stated that she researched her book for five years, traveling along the border, visiting orphanages, and working as a volunteer in a soup kitchen for migrants. Her grandmother is Puerto Rican.

Alas, this résumé was not enough for some liberal warriors who accused the author of cultural appropriation. “Cummins lacked the qualifications to write ‘Dirt,’ ” said Myriam Gurba, a Latina writer.  Further, she said of Ms. Cummins that she “identified the gringo appetite for Mexican pain and a way to exploit it.”

There were other attacks. Esmeralda Bermudez, writing in The Los Angeles Times, asked why “American Dirt” earned so much attention when other “Latinx” authors had for years been writing better books about immigration. Richard Z. Santos, writing in Texas Monthly, stated that his problem with the book was that it was both written and promoted for the wrong audience. “Their racist uncle, a bigoted grandmother, a swing voter in Florida who voted for Obama in ’08 but switched to Trump in ’16. ‘American Dirt’ was written for and marketed to those theoretical people. . . .”

Hmm? Does it seem logical that a publisher would bet a million dollars on a novel about Mexicans with Donald Trump voters as its target audience?

If there is a criticism of “American Dirt” that sticks, it might have to do with the quality of the writing. Parul Sehgal’s harsh review in The New York Times called out the book’s flaws. “The real failures of the book have little to do with the writer’s identity and everything to do with her abilities as a novelist.”

True, “American Dirt” is hardly a literary masterpiece. Its sentences are occasionally crude, and the novel itself is much better at pulp sensation than social nuance. There are stereotypical characters and gratuitous violence.

But so what? The novel is also highly readable, propulsive, and genuinely moving in parts. Unlike many other pulpy best sellers, it has a kind of charisma that is not quite easy to name, but ultimately allows the book to transcend the mediocrity of its parts. Does it get every detail exactly right concerning the immigrants’ experience in fleeing to the North? I don’t know and I don’t care. Nor should you. Not unless you are the kind of person who dismisses “Huckleberry Finn” based on the geographical inaccuracies of Huck and Jim’s trip down the Mississippi. These are, after all, works of fiction.

But then let’s assume Ms. Sehgal’s review is correct and the novel is less than mediocre. How does that make it any different from most other books on the best-seller list?

Some of the other arguments, however, seem downright spurious. Why, as Ms. Bermudez asked, aren’t other “better” Latino-authored novels connecting with a mass audience? (Which is a bit like asking “Why isn’t life fair?”) Who knows? Maybe those novels aren’t good enough. Maybe they’re too good — never a good recipe for a mass audience.

Actually it’s hard to intuit just what Ms. Bermudez is suggesting here. Other Latino writers have had huge breakout hits, after all. Oscar Hijuelos and Junot Diaz, for example. And then there is the Chilean writer Roberto Bolano, who has become both folk hero and global sensation, albeit posthumously. One can hardly assert endemic racism in the buying audience.

Publishing and selling books has always been a baffling and unsolvable mystery — ask anyone in the business. But the fact remains that the novels Ms. Bermudez cites just didn’t connect with a reading public. This one did. Too bad. As Pedro Martinez once said, there’s no crying in baseball.

You could argue, of course, that the publishing marketing machine picks winners and losers, but then there are plenty of “can’t miss” books that flop, and plenty of unsung titles that thrive without any support. Ultimately, it’s the buying audience that decides.

The most galling criticism of course is that Ms. Cummins is not Latina enough to write “American Dirt.” Or is it not Mexican enough? (How about two parts Mexican, two parts Puerto Rican? Or one part white, three parts Mexican? What exactly is the acceptable racial alchemy here?)

Stephen Crane never fought in the Civil War when he wrote “The Red Badge of Courage.” Is that okay? Is it okay that Harriet Beecher Stowe, a white woman, wrote “Uncle Tom’s Cabin,” a novel that helped precipitate the Civil War? Is that acceptable cultural appropriation?

You’ll excuse me if I’m a little confused about the rules.

Or how about this hypothetical? What if a Mexican journalist covering the refugee crisis on the ground in Syria started to develop a narrative in his or her head? Let’s say it’s about a refugee family’s flight from war and famine in Syria. And let’s say, once home, this journalist penned that novel — pulpy, hyperbolic, a little sloppy in its details, but ultimately gripping and immensely readable. It becomes an international best seller. Would that be okay? Would these same cultural warriors be screaming appropriation?

I suspect that what’s really going on here is that Donald Trump may have everyone a little on edge. It is perhaps understandable that when an American president demonizes Mexicans and plans to wall them out, it can breed the kind of racial skittishness we’re seeing with “American Dirt.”

What’s disappointing, though, is watching some very smart people allow themselves to be thrown into irrational intellectual corners by this president. There is simply no defending the criticism of a writer who inhabits the minds, bodies, and souls of people other than herself. That is the very foundation of fiction itself.

How depressing it is to watch writers, of all people, try to yoke a set of made-up cultural and racial boundaries to the human imagination.

Kurt Wenzel is a novelist and regular book reviewer for The Star. He lives in Springs.

Correction: This article has been altered to reflect that Roberto Bolano was Chilean, not Mexican.