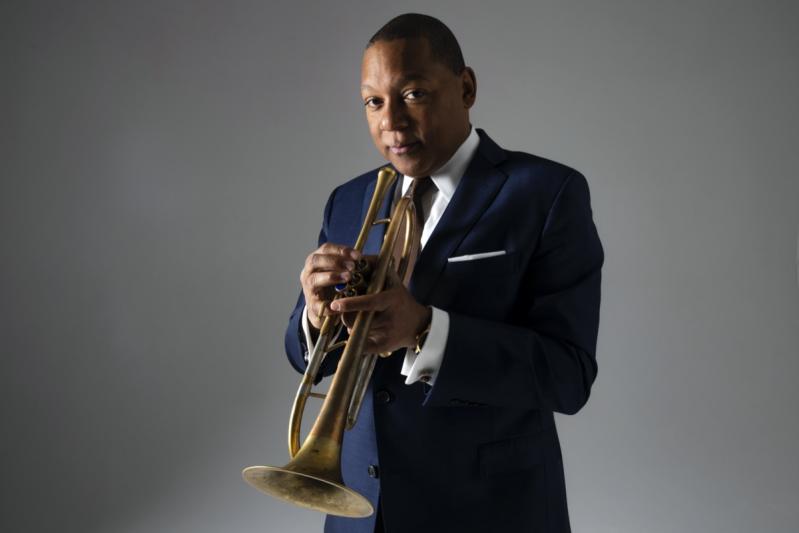 As part of this year's Hamptons Jazz Fest, Wynton Marsalis and the Jazz at Lincoln Center Orchestra will play at the Southampton Arts Center on Saturday.
Piper Ferguson
By Christopher Walsh

In its second year, the Hamptons Jazz Fest has put itself on the proverbial map: On Saturday, around 160 lucky fans will see and hear the Jazz at Lincoln Center Orchestra with the trumpeter Wynton Marsalis, who will perform at the Southampton Arts Center at 7 p.m.

Mr. Marsalis is an internationally acclaimed musician, composer, bandleader, and educator, and a leading advocate of American culture. Born into a musical family in New Orleans, he performed with the New Orleans Symphony Brass Quintet, New Orleans Community Concert Band, New Orleans Youth Orchestra, New Orleans Symphony, and several other groups while in high school. At 17 he was the youngest musician ever to be admitted to Tanglewood's Berkshire Music Center.

In 1980, at age 19, he joined Art Blakey's Jazz Messengers, later performing with legends including Ron Carter, Dizzy Gillespie, Herbie Hancock, John Lewis, Sonny Rollins, Clark Terry, Sarah Vaughan, and Tony Williams. He is widely credited with reawakening an interest in jazz, and speaks extensively on the uniquely American art form in the Ken Burns-directed, multi-part series "Jazz," broadcast on PBS in 2001. He has created and performed music from quartets to big bands, chamber music ensembles to symphony orchestras, and tap dance to ballet.

"We never thought we'd have the resources to bring in a jazz orchestra of this stature to open the festival in our second year," said Joel Chriss, the festival's producer. "But it gives you a clue how the stars have aligned, and fortitude and the deep desire to bring world-class jazz to the East End bring unlikely and positive results."

Saturday's concert, a source told The Star, may include works by Duke Ellington, Billy Strayhorn, Thelonious Monk, Lee Morgan, and Charles Mingus, as well as music by members of the Jazz at Lincoln Center Orchestra including Mr. Marsalis, Chris Crenshaw, and Marcus Printup.

The performance comes amid a tour that takes the Jazz at Lincoln Center Orchestra with Mr. Marsalis to Montreal, where they perform tonight at the Festival International de Jazz de Montreal. After Saturday's performance, the tour resumes on Aug. 31 at SummerStage in Manhattan's Central Park before moving to the West Coast.

Saturday's performance is a collaboration between the Fest, Jazz at Lincoln Center, the Southampton Arts Center, and the center's Georgian partners in the Silk Road Group investment company. "We have a unique evening planned, full of surprises," said Mr. Chriss, "including wine tasting, a celebration of a budding artistic relationship between the Republic of Georgia and the Hamptons JazzFest and Southampton Art Center, and a night of unforgettable music: Wynton and his orchestra playing in an intimate space with great vibe."

Those attending have been invited to mingle with musicians and guests from Georgia during a pre-show gala starting at 5:30, which will include remarks on the U.S.-Georgian cultural and humanitarian relationship. "Please come early," Mr. Chriss said. "Big fun is planned."

Admission is $300, and registration is at hamptonsjazzfest.org.