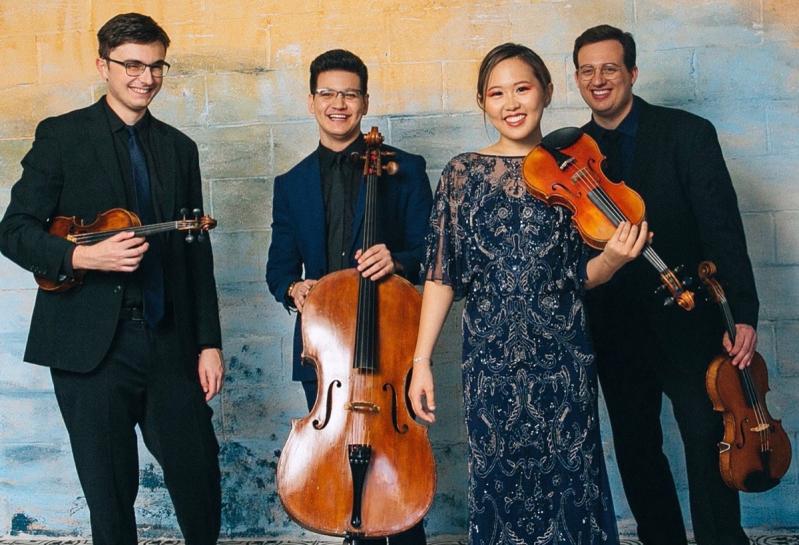 Activist Chorus
The Resistance Revival Chorus, a collective of more than 60 women that has been called "an antidote to silence and submission" by the singer-songwriter Ani DiFranco, will perform a concert at Calvary Baptist Church in East Hampton on Friday at 7 p.m.

Presented with Guild Hall, the show will include material from the group's 2020 album "This Joy," which features original compositions and protest classics. The chorus represents a diversity of identities, professions, and creative backgrounds, and the show addresses the historic marginalization of women in the music industry.

Tickets are $55, $49.50 for Guild Hall members, and available through Guild Hall's website.

LongHouse Talks
LongHouse Reserve's 2022 series of talks will continue with the architect Lee Skolnick on Sunday afternoon at 2, and Alexander Polzin, a German artist, next Thursday at 5 p.m.

Mr. Skolnick is the founding partner and design principal of Skolnick Architecture and Design Partnership. The firm is developing the design of the LongHouse Reserve Education Center, a multipurpose pavilion that will serve as a visitor center, education space, and performance venue.

Mr. Polzin's bronze and gold-plated steel sculpture "Parthenope" is on view at LongHouse for the season. After his conversation with Carrie Rebora Barratt, the director of LongHouse, the Hammermusik Quartet will perform a work by the Greek composer Konstantia Gourzi, who will be in attendance.

Percussion at Duck Creek
The Savannah Harris Quartet is up next in the summer music series at the Arts Center at Duck Creek in Springs on Saturday afternoon at 5. A New York City-based drummer, composer, and producer, Ms. Harris was awarded the Harlem Stage Emerging Artist Award in 2019 and received her master's in jazz performance from the Manhattan School of Music.

She was featured in the January 2021 issue of Modern Drummer, which said, "She's all over the jazz, avant-garde, and crossover scenes, playing gigs with everyone from stately ambassadors like Kenny Barron to the fierce hip-hop collective Standing on the Corner."

An Immigrant's Struggles
"My Story, My Voice," a one-woman play written by Ivy Omere, a British playwright and actor of Nigerian descent, will be performed by Ms. Omere at the Southampton Cultural Center on Saturday at 7 p.m. and Sunday at 5.

The play tells the true story of a young girl cast out by her family into a world of multiple foster parents before returning to her home and struggling to find acceptance. Set in 1970s England, it illuminates the hardships of children of immigrants in Western society.

Ms. Omere was directed by Estelle Parsons at the Actors Studio in "My Story, My Voice," and the play was selected by the director Woodie King Jr. for his Ntozake Shange Reading Series.

PechaKucha Returns
PechaKucha Night Hamptons will return to the Parrish Art Museum in Water Mill with its 36th iteration on Friday at 6 p.m. The speakers will show 20 images, for 20 seconds each, as part of their rapid-fire presentations.

Tickets are $12, $9 for senior citizens, and free for members and students.

Community Day
The Watermill Center will open its gardens and grounds on Saturday from 3 to 6 p.m. to allow the public to explore the 10-acre site, participate in a self-guided tour and scavenger hunt of the center's outdoor art collection, and experience art installations and performances.

The day's offerings will include an installation and performance by Tamar Ettun; a live performance directed by Nile Harris; a dance and movement workshop with Andrea Cote; a site-specific installation by Erica Lynn-Huberty, and an exhibition of work by Brianna L. Hernandez Baurichter.

The afternoon will also include a land acknowledgment ceremony by Shane Weeks and Kelly Dennis of the Shinnecock Indian Nation, and live music by the Jam Session.

Chamber Music at Perlman
The young-artist participants in the 2022 Chamber Music Workshop at the Perlman Music Program will kick off the summer with a free concert on Friday at 7 p.m. on the program's Shelter Island campus. The program will include works by Beethoven, Faure, Haydn, Janacek, Mozart, and Prokofiev.

String Quartet
The Balourdet Quartet will perform a concert at the Shelter Island Presbyterian Church on Saturday at 7 p.m. Presented by the Shelter Island Friends of Music, the program will include works by Hugo Wolf, Joseph Haydn, and Ludwig van Beethoven.

Based in Boston, the string quartet consists of Angela Bae and Justin DeFilippis on violin, Benjamin Zannoni on viola, and Russell Houston on cello. They are currently in residence at the New England Conservatory's Professional Quartet Program in Boston.

A reception with the musicians will follow the concert. Admission is free; donations will be welcomed.