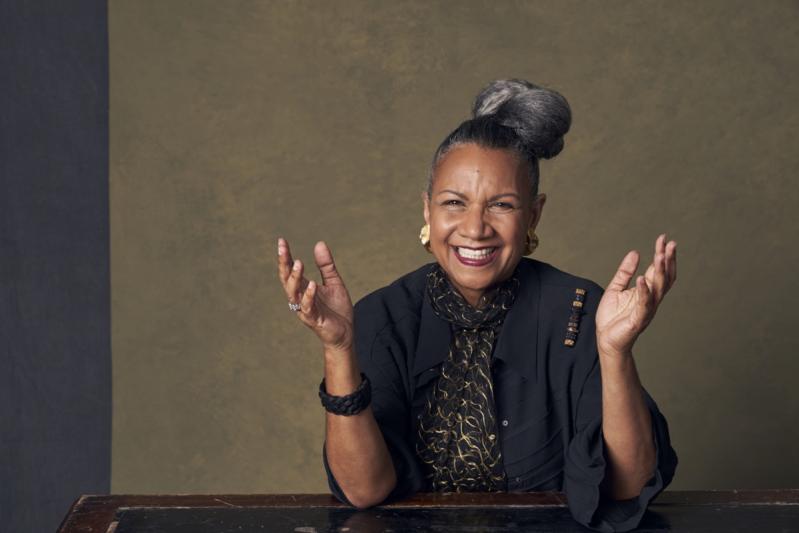 A'Lelia Bundles will discuss the origins of Juneteenth at the Southampton African American Museum and share the story of several generations of remarkable women in her family.
Anya Chibis
By Mark Segal

The Southampton African American Museum will celebrate both its second anniversary and Juneteenth, starting Friday with "The Juneteenth Generation: Madam C.J. Walker and Black Entrepreneurship," a talk by the writer A'Lelia Bundles, at 6 p.m.

After a musical performance by Dwayne Kerr, a former flutist for Eryka Badu, Ms. Bundles will discuss several generations of remarkable women in her family. Her great-great-grandmother, Madam C.J. Walker, is the subject of Ms. Bundles's biography "On Her Ground: The Life and Times of Madam C.J. Walker." A New York Times Notable Book, it also inspired the Netflix series "Self Made."

An entrepreneur, philanthropist, and political and social activist, Walker founded the Madam C.J. Walker Manufacturing Company, which developed a line of cosmetics and hair care products for African-American women. A patron of the arts and many educational institutions, she was a friend of Booker T. Washington, Mary McLeod Bethune, Ida B. Wells, and W.E.B. DuBois. In 1917 she joined the executive committee of the New York chapter of the N.A.A.C.P.

Ms. Bundles is now at work on "The Joy Goddess of Harlem: A'Lelia Walker and the Harlem Renaissance," a biography of her great-grandmother. As a patron of the arts, A'Lelia Walker was associated with the Harlem Renaissance. She hosted notable musicians, actors, writers, artists, political figures, and socialites in her town house, where live music was a regular feature. Langston Hughes called her death "the end of the gay times of the New Negro era in Harlem."

A book signing and reception will follow the talk.

On Saturday afternoon from noon to 5, the Juneteenth festivities will continue with performances of roots rock reggae by Stephen Sylvester and the Rum Punch Mafia band, and Halo, an all-Black female barbershop a cappella ensemble from Washington, D.C.

The day will also include a discussion titled "Race and Real Talk" and barbecue by Heart and Soul caterers. Prepackaged barbecue meals will be available for $20.