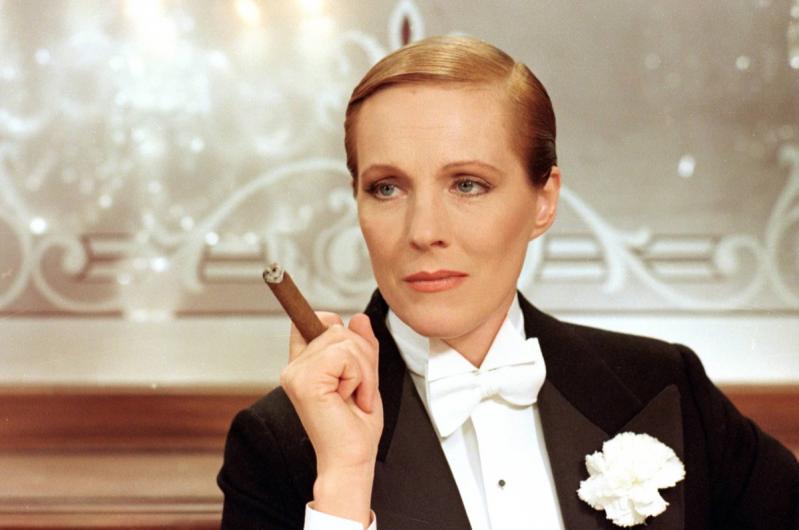 Julie Andrews as Victor in "Victor/Victoria," which will kick off a retrospective of her films at the Sag Harbor Cinema.
By Mark Segal

The Sag Harbor Cinema will launch "The World of Julie Andrews," its second year-round retrospective, on Saturday at 6 p.m. with a screening of “Victor/Victoria,” Blake Edwards’s acclaimed comedy. A discussion between Ms. Andrews, who lives in Sag Harbor, and Giulia D’Agnolo Vallan, the theater’s artistic director, will follow the film.

Similar to the cinema's previous retrospective of the films of D.A. Pennebaker and Chris Hegedus, the 2022-23 program will feature a variety of films starring Ms. Andrews, special guests appearing in presentations, and related exhibits on the theater’s third floor.

“Whether it’s film, theater, television, or children's literature, Julie Andrews brings to her work a supremely unique blend of artistry, beauty, wit, creative energy, and compassion,” says Ms. Vallan. “We are honored that she and her family have agreed to participate in this retrospective tribute, which will also give us a chance to highlight her closest collaborators, Blake Edwards and Tony Walton.”

Based on a 1933 German film of the same name, “Victor/Victoria” stars Ms. Andrews as Victoria Grant, an out-of-work soprano who disguises herself as a man to find work as a female impersonator. The film also features Robert Preston as an aging gay performer who passes Victoria off as his Polish boyfriend, and James Garner, a Chicago mobster, who is attracted to "Victor" and convinced that he is not a man.

Directed by Edwards, Ms. Andrews’s second husband, the film won an Academy Award for its score by Henry Mancini and Leslie Bricusse, as well as six other Oscar nominations, including best actress for Ms. Andrews and best screenplay adaptation for its director. Ms. Andrews won the Golden Globe for best actress, and the film has been named one of the 100 funniest American films by the American Film Institute.

Tickets are $15, $12 for senior citizens, people with disabilities, and those 12 and under.