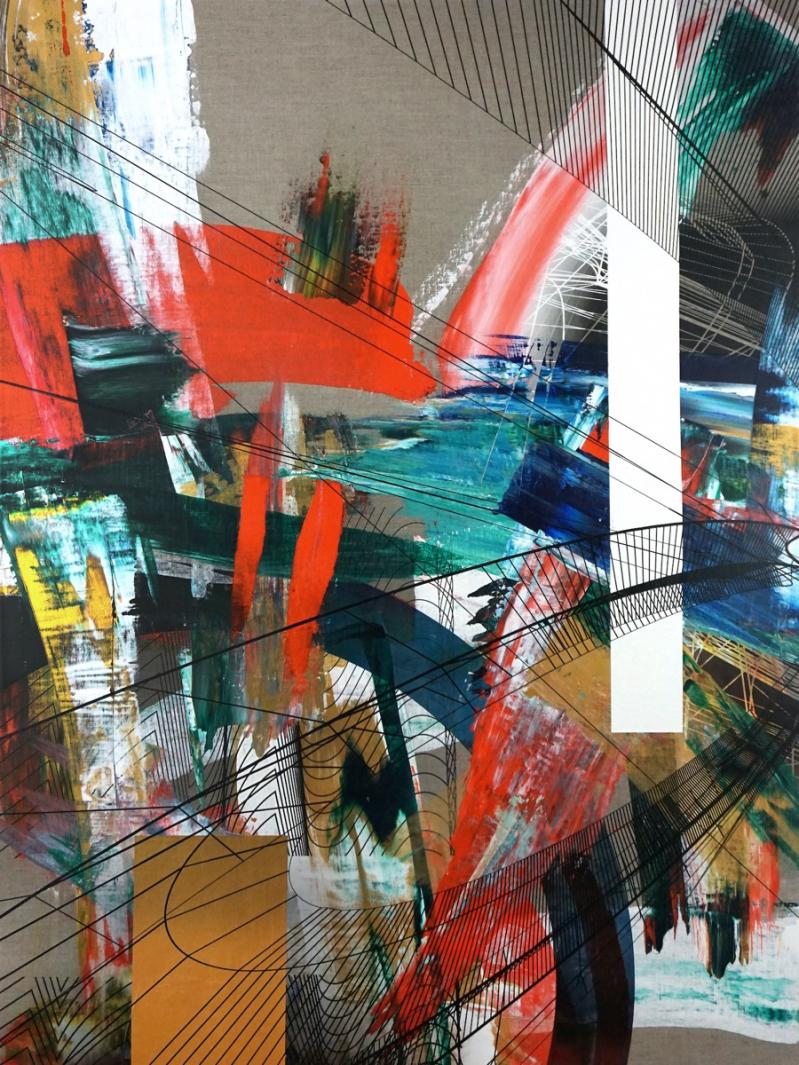 Colin Goldberg's "Invictus" can be seen in "Techspressionism: Digital and Beyond" at the Southampton Arts Center.
By Mark Segal

Explorations of the relationship between art and technology have a long history. In 1966, the artists Robert Rauschenberg and Robert Whitman and the engineers Billy Kluver and Fred Waldhauer founded the nonprofit Experiments in Art and Technology. It developed from "9 Evenings: Theatre and Engineering," which was held that year in New York City and made a splash in the New York art world.

Fast forward to "Techspressionism," a word coined in 2011 by the artist Colin Goldberg. Its working definition is "an artistic approach in which technology is utilized as a means to express emotional experience." What exactly that means will be explored at the Southampton Arts Center starting today, with the exhibition "Techspressionism: Digital and Beyond," which has been organized by Mr. Goldberg.

First described as a movement in a 2014 article in Wired magazine, it has grown into a "social sculpture" of more than 270 artists working with technology, in 40 countries. Artists meet online at Techspressionist Salons, bi-weekly events where they can present their work and discuss issues relating to art and technology. The group's advisor is Helen Harrison, director of the Pollock-Krasner House and Study Center in Springs.

“Even if you don’t yet understand how they work, you’ve most certainly heard the term NFT,” said Tom Dunn, the arts center's executive director. “We know what cryptocurrency is, have heard of the metaverse, and now, the blockchain. It’s all based on technology, which really is not new to the art world."

" 'Techspressionism' will give us greater insight into how these artists use technology as a means of creative expression, whether it be works created with 3-D printers, animation, or other digital mediums,” he added.

The public has been invited to join Mr. Goldberg and the exhibition artists in the next virtual Techspressionism Salon, on Wednesday at 5:30 p.m. A registration link is on the arts center's website.

The exhibition will continue through June 4.