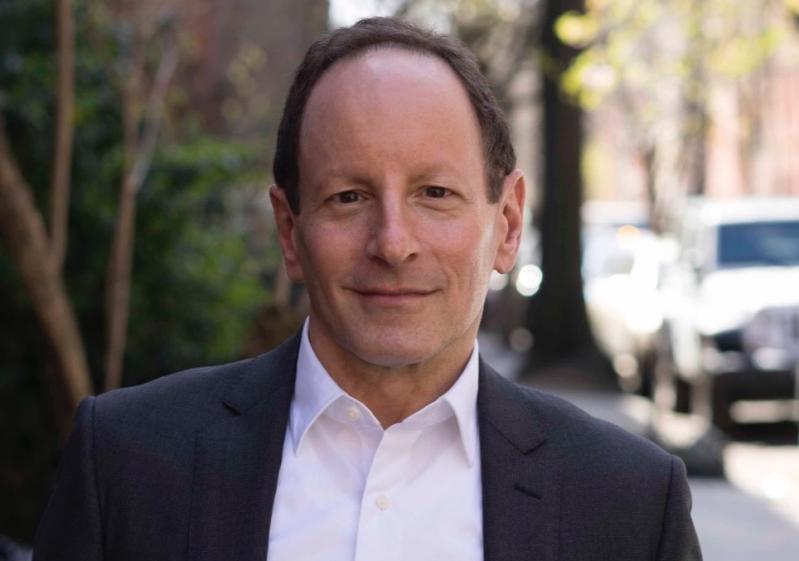 Bill Goldstein will discuss his book-in-progress about the late AIDS activist Larry Kramer at The Church in Sag Harbor.
Bill Hayes
By Mark Segal

On Larry Kramer
Bill Goldstein, a writer currently in residence at The Church in Sag Harbor, will speak there about his work-in-progress, a biography about Larry Kramer, the playwright, novelist, activist, and one of the founders of the Gay Men's Health Crisis, tomorrow at 6 p.m.

Before Kramer's death in 2020, Mr. Goldstein spent hundreds of hours interviewing him, and he has worked with Kramer's personal papers at the Beinecke Library at Yale University as well as in the records of the Gay Men's Health Crisis and ACT UP. In his talk, Mr. Goldstein will focus on Kramer's initial calls to community activism in 1981 and 1982, and on his time living and writing in Sag Harbor and East Hampton in the 1980s.

Mr. Goldstein reviews books and interviews authors for NBC's "Weekend Today in New York," and is the author of "The World Broke in Two: Virginia Woolf, T.S. Eliot, D.H. Lawrence, E.M. Forster, and the Year That Changed Literature," which was published in 2017.

Spring Is Sprung
Spring Fling, a benefit that supports the educational programs of the Parrish Art Museum in Water Mill, will happen there on April 30 at 7:30 p.m. Guests will be offered access to the museum's new exhibition, "An Art of Changes: Jasper Johns Prints, 1960-2018," as well as a silent auction, dancing to the music of D.J. Marc Bauman, passed hors d'oeuvres, and an open bar.

The auction will include luxury handbags and designer accessories, gift certificates to local restaurants and businesses, decorative items by artists and artisans, and a variety of other East End experiences.

Tickets are $225; advance purchase has been recommended.

Psychedelia and Jazz
The Roses Grove Band will take the stage in the Inner Sanctum of the Masonic Club in Sag Harbor on Saturday night at 8 as part of the Masonic Music Series. A set of Grateful Dead songs will not only provide "a psychedelic evening of great music" but also help raise money for local charities. Tickets are $20.

The club also hosts the Jam Session every Tuesday at 7 p.m. The cost is $15.

Choral Auditions
The Choral Society of the Hamptons will hold auditions for new members before the group's next rehearsal, on Monday evening. Those interested have been asked to call the society's administrative director, Maria Fumai Dietrich, at 631-204-9402, or email [email protected] for an appointment.

The society's next concert, a program of Baroque music, will take place on June 25 at the Bridgehampton Presbyterian Church, where rehearsals are usually held on Monday evenings.

A Conference for Young People to Create Solutions
Get Outside, Get Moving
Two Traditions, One Fair in Springs
END_OF_DOCUMENT_TOKEN_TO_BE_REPLACED