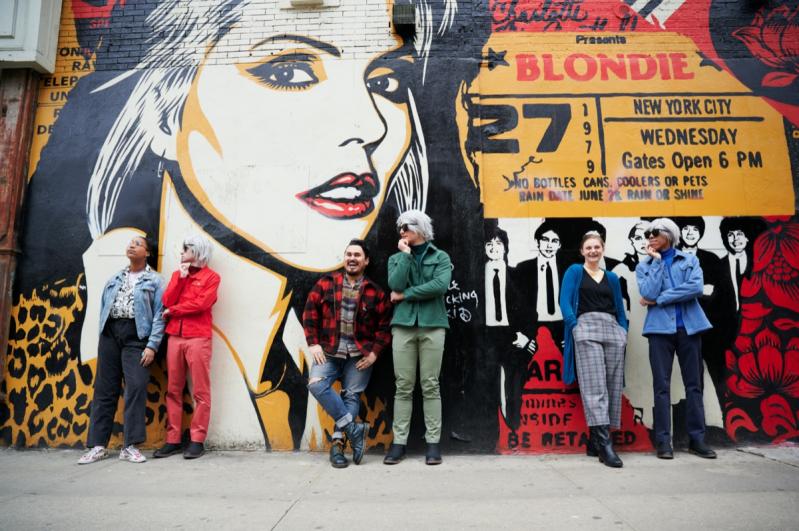 The explosion of all things Andy Warhol continues with last week's opening of Bated Breath Theatre Company's "Chasing Andy Warhol." The "immersive walking production" takes place in the East Village, highlighting the world of Warhol and his cohorts.

The hourlong production opens at Astor Place and continues through area streets, in the windows of businesses, and in certain buildings on a designated route. The performative aspect of the experience is interpreted through theater, dance, film, art, and puppetry. The show's creator and director is Mara Lieberman, and it has choreography by Rachel Leigh Dolan and Rachelle Rak.

The company's "Voyeur: The Windows of Toulouse-Lautrec," which was designed specifically to be pandemic-friendly, ran for 10 months beginning in October 2020 through the streets of Greenwich Village, recreating the world of late-19th-century Paris.

Closer to home and in history, " 'Chasing Andy Warhol' goes beyond the hype and into the deepest feelings of a profoundly complex person -- whose legacy continues to bombard our senses at every turn," according to the producer.

"We created and presented 'Voyeur' at one of the most difficult times to produce theater in history," Ms. Lieberman says on the play's website. "There were several months when we were the only live theater experience in New York City. It was challenging. And exciting. And maddening. And rewarding."

Prior to the pandemic, Bated Breath's creative approaches to staging included "Beneath the Gavel," an interactive art auction play. It is now working on a new wine-tasting play.

Tickets cost $80 and are available through June 12 for performances on Thursdays, Fridays, and Sundays, with staggered start times every 45 minutes for groups of up to 16. They are available on the show's website. Rush tickets for $25 are also available at Astor Place one hour before the first performance of the day.

A Conference for Young People to Create Solutions
Get Outside, Get Moving
Two Traditions, One Fair in Springs
END_OF_DOCUMENT_TOKEN_TO_BE_REPLACED