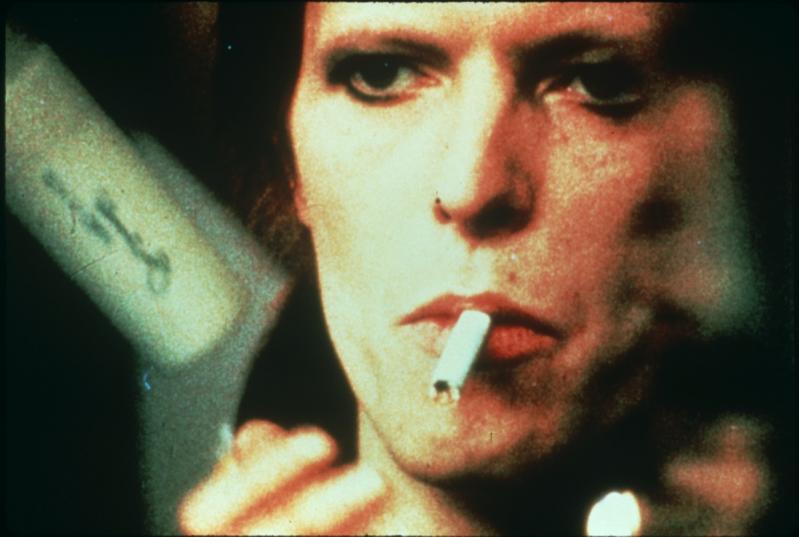 D.A. Pennebaker’s documentary “Ziggy Stardust and the Spiders From Mars” will be shown at the Sag Harbor Cinema.
By Mark Segal

Ziggy, Spiders, Mars
When David Bowie gave his final performance as Ziggy Stardust in 1973 at London’s Hammersmith Odeon Theater, D.A. Pennebaker was there to film it. Now, as part of its ongoing retrospective of the films of Pennebaker and Chris Hegedus, the Sag Harbor Cinema will present a rare screening of “Ziggy Stardust and the Spiders From Mars,” on Sunday at 7 p.m.

The concert included such quintessential songs as “Changes,” “Space Oddity,” and “Ziggy Stardust,” as well as a cover of the Velvet Underground’s “White Light/White Heat.” While most of the film focuses on the concert itself, it is framed by behind-the-scenes footage.

It will be shown in a 35mm print from the filmmakers’ personal collection. The screening will be followed by a conversation between Ms. Hegedus and Giulia D’Agnolo Vallan, the cinema’s founding artistic director.

Casting Call
The Hampton Theatre Company will hold auditions for its spring production of “Ripcord,” a comedy by David Lindsay-Abaire, on Sunday from 5 to 8 p.m. and Monday from 6 to 9 p.m. at the Quogue Community Hall. Auditions are for non-Actors’ Equity Association performers only. Andrew Botsford will direct.

Rehearsals will begin on or about Feb. 14; the play is scheduled to run from March 17 through April 3. All those auditioning must show proof of vaccination; masks will be required while in the building.

There is more information, including descriptions of the characters, on the theater’s website. Appointments can be scheduled by email to [email protected].

Casting Call, Too
Boots on the Ground Theater is holding auditions for its upcoming production of “The Agitators,” Mat Smart’s play about the lifelong friendship between Susan B. Anthony and Frederick Douglass, at 6 p.m. on Sunday and Monday at the Vail-Leavitt Music Hall in Riverhead.

Directed by Mark Heidemann, the show will run from April 8 through April 17 at the music hall. Rehearsals will begin Feb. 28. More information is available by email to [email protected].