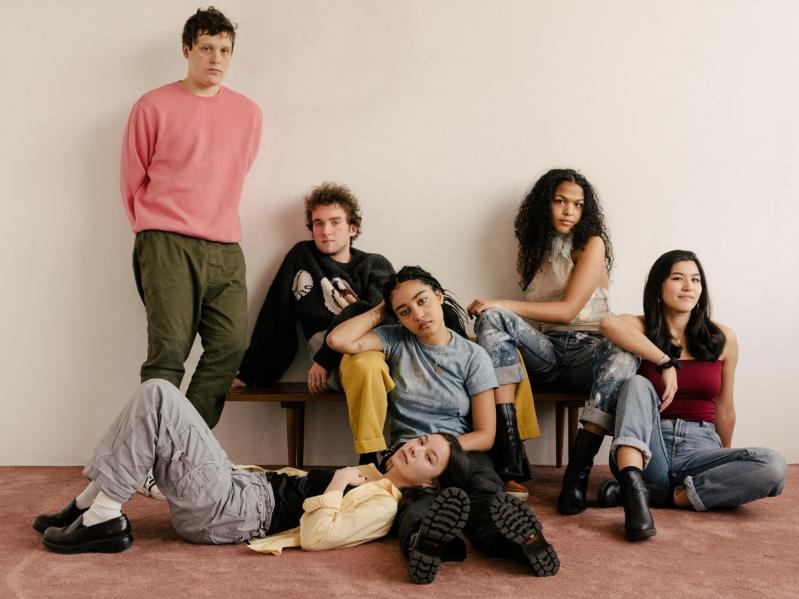 The band Michelle will open the Sag Harbor American Music Festival with a concert at Marine Park Thursday night.
By Mark Segal

Sag Harbor will turn up the music this weekend with the 10th iteration of the Sag Harbor American Music Festival, starting Thursday at 7 p.m. with a concert by Michelle at Marine Park, and continuing with free performances over the next few days.

The festival celebrates the diversity of American music and how the blending of musical cultures -- bluegrass, gospel, old-time, Appalachian folk, blues, Cajun, and Native American -- has been a basis for jazz, rock, and popular music.

The six young members of Michelle came together in 2018 in New York City to create the self-released album “Heatwave.” According to New Music Express, “Michelle make slick dream-pop with beats that marry with the pounding of the city streets.” The group has just kicked off a 40-city tour with Arlo Parks.

Opening for Michelle will be Audawind, a band of teen siblings from the North Fork whose sound combines country, rock, and pop elements. The group was an overall winner of the music festival’s first Young Musicians Initiative.

Friday’s concert, also at Marine Park and presented with support from Hamptons Jazz Fest, will feature Randy Brecker,a Grammy Award-winning trumpeter and flugelhornist, and Ada Rovatti, a saxophonist, arranger, composer, and producer. They will perform with their quintet, music from their latest album, “Sacred Bond,” which “invites, enthralls and is indeed a marriage well-played,” according to the website All About Jazz.

Dante Mazzetti will open for Mr. Brecker and Ms. Rovatti at 7 with his brand of alternative roots music. A songwriter and multi-talented musician, Mr. Mazzetti switches among guitar, mandolin, upright bass, banjo, and piano.

Twenty-five artists will perform on Saturday and Sunday at stages popping up throughout Sag Harbor, including Steinbeck Park, the Whaling Museum, the Customs House lawn, the John Jermain Memorial Library, the Historical Society’s Annie Cooper Boyd House, Windmill Beach, Baron’s Cove, and many other venues.

All shows will take place outdoors, rain or shine. The complete schedule, with times and venues, can be found on the music festival’s website.