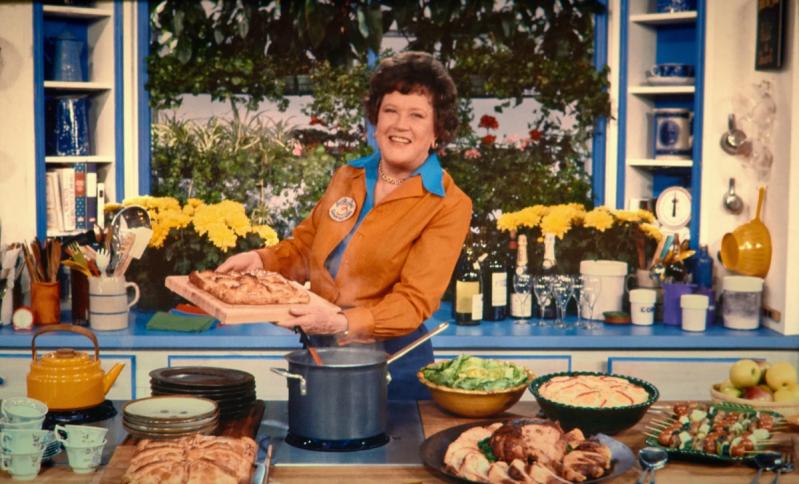 "Julia" traces Julia Child's struggle to create and publish the revolutionary "Mastering the Art of French Cooking."
By Jennifer Landes

Set in 1924, "Mothering Sunday" stars Odessa Young as a maid to a couple played by Colin Firth and Olivia Coleman. With her employers out of the house, she plans a rendezvous with a long-secret paramour, played by Josh O'Connor of "The Crown," which is to be their last before he is married.

"C'Mon C'Mon" stars Joaquin Phoenix with Woody Norman as his young nephew, who are unexpectedly thrown together, forming a transformational bond.

In "The French Dispatch," Benicio Del Toro, Adrien Brody, Tilda Swinton, Frances McDormand, Timothee Chalamet, Jeffrey Wright, Bill Murray, Owen Wilson, Christoph Waltz, Edward Norton, Jason Schwartzman, and Anjelica Huston are part of an ensemble cast who dramatize stories from the final issue of an American magazine published in a fictional French city in the 20th century. It had its premiere at the Cannes Film Festival and will be released Oct. 22.

Yesterday, HamptonsFilm announced that its screenings would also include the East Coast premieres of Clint Bentley's "Jockey," Paolo Sorrentino's "The Hand of God," and Rachel Fleit's "Introducing, Selma Blair." Ms. Blair and Clifton Collins Jr. of "Jockey" will be present in support of their films. The New York premiere of Penny Lane's documentary "Listening to Kenny G." will follow its world premiere at the Toronto Film Festival.

The festival will take place over Columbus Day weekend, Oct. 7 to 13, returning to in-person screenings across the South Fork. David Nugent, the artistic director of HamptonsFilm, said the titles chosen this year "will transport our audiences to different places, perspectives, and stories and help us understand the world that we are in." He added, "We can't wait to be back in theaters to see and hear how our passionate audiences respond to the films in this year's festival."

HamptonsFilm announced previously that it will open with the world premiere of "The First Wave," a documentary about Covid-19 first hitting New York City. Other films previously announced include "The Art of Making It," "Becoming Cousteau," "The Last Horns of Africa," and "Paper and Glue." Toni Ross is this year's poster artist, with her piece "Finding Beauty in a Dark Place."

Passes will go on sale Tuesday. Information about individual ticket sales has yet to be announced. Those planning to attend will be required to show proof of vaccination for all in-person events, and wear masks.