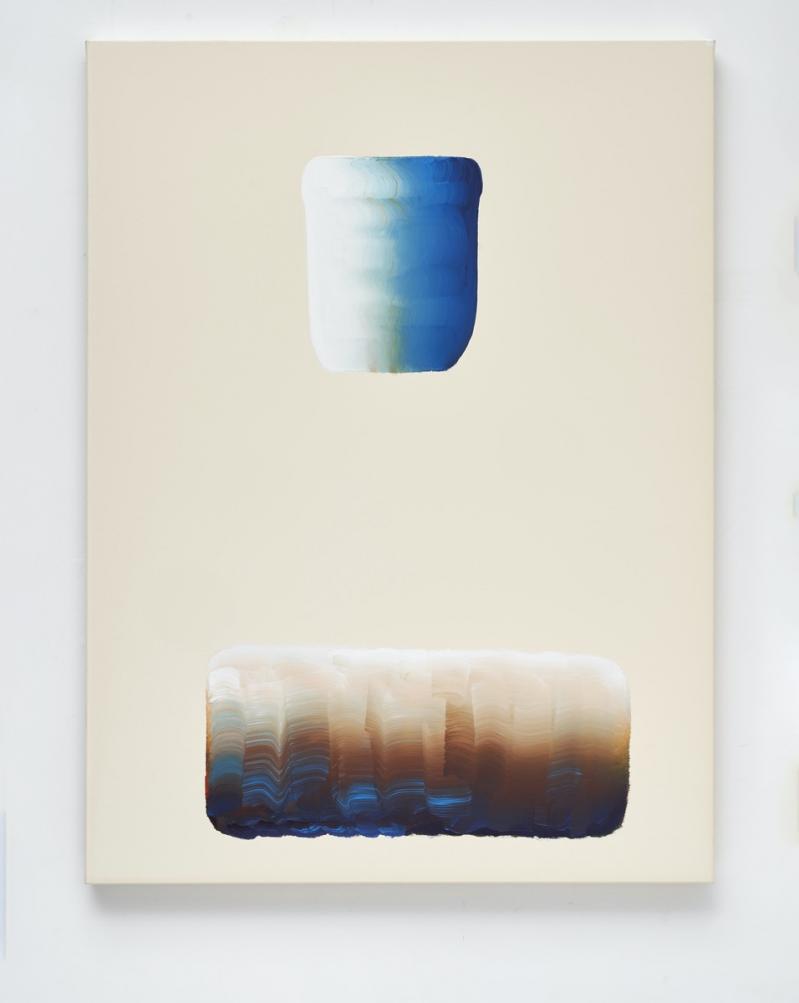 Lee Ufan at Pace
An exhibition of new and recent work by Lee Ufan is on view at the Pace Gallery in East Hampton through Aug. 8. Many of the works in the exhibition were created at the artist’s studio in Kamakura, Japan, during the Covid-19 pandemic.

The paintings in the show illuminate Mr. Lee’s approach to color and space. He has cited his desire to create abstract works that eschew realism and inspire viewers to see the world in new ways. In a 2018 interview, he said, “If I make one stroke, there is suddenly a resonance in that space. I need to find the right place for that resonance.”

“Locals Only”
Stick and Stone at Grain Surfboards in Amagansett will present “Locals Only: Long Island Creatures,” a show of drawings by Juliet Schreckinger, from Friday through Aug. 11. A reception is set for Saturday from 5 to 8 p.m.

Long fascinated by black-and-white photography and film noir movies, Ms. Schreckinger uses a stippling technique in pen and ink, and graphite, to create images that recall the lighting effects and sharp contrasts of those photographs and films.

Her pieces are inspired by the ocean, nature, and animals. The exhibition includes species native to Long Island.

The show has been organized by Gerry Giliberti and Nick Tarr, who said, “This year, the invitational salutes the generous and vibrant artists of the East End who quietly gave so much to our area and were so punished by the pandemic.”

Two at Harper’s
“Let It Come to Me,” a show of paintings by Tanya Ling, and “For the Birds,” a group exhibition organized by Eddie Martinez, are on view at Harper’s Gallery in East Hampton through Aug. 25.

Ms. Ling is represented by a series of paintings made simultaneously in the same studio, informing each other over a six-month period. Her abstract works are marked by fluid gestures and bold palettes that “internalize a fragment of time or a piece of herself,” said the gallery.
“For the Birds” includes avian-centric paintings, ceramics, and mixed-media works by 13 artists.

Photos and Collages
Concurrent exhibitions of work by Christophe von Hohenberg and Bruce Helander will open at MM Fine Art in Southampton with a reception on Saturday from 6 to 8 p.m. and continue through Aug. 15.
Mr. von Hohenberg’s show celebrates his new book, “The White Album of the Hamptons,” comprising black-and-white photographs of East End beaches that convey the experience of squinting against the glaring summer sun. The reception will include a book signing.

Mr. Helander will show recent collages that utilize vintage paper printed during the 19th and 20th centuries, which he cuts into random shapes and reconfigures into abstract compositions.

Sato at Hanley
A solo exhibition of paintings by Koichi Sato, a self-taught artist based in New York City, will open Friday at the Jack Hanley Gallery in East Hampton with a reception from 5 to 7 p.m. and remain on view through Aug. 22.

Growing up in Tokyo, Mr. Sato was fascinated by images in old American magazines depicting athletes, sitcom stars, astronauts, and other examples of popular culture. His dense group portraits feature stylized imaginary people, with exaggerated features such as thick moustaches and other fashion choices of the 1970s and ‘80s.

Functional and Ethereal
The Living Room, an East Hampton outpost of Fairfax Dorn Projects, a design collective, is presenting “A Particular Kind of Heaven,” a solo show of work by Isabel Rower, through Aug. 8.

Working primarily with clay, Ms. Rower explores how forms intended for functional use become sculpture. Although her objects are proportioned for use, through a process of transformation she aims to convert the useful into something symbolic and sacred, “between the ethereal and real.”

The exhibition also includes a selection of furniture organized by Fairfax Dorn Projects.

This article has been corrected from its original and print version to reflect the fact that Lee Ufan's surname is Lee, not Ufan, as originally stated.