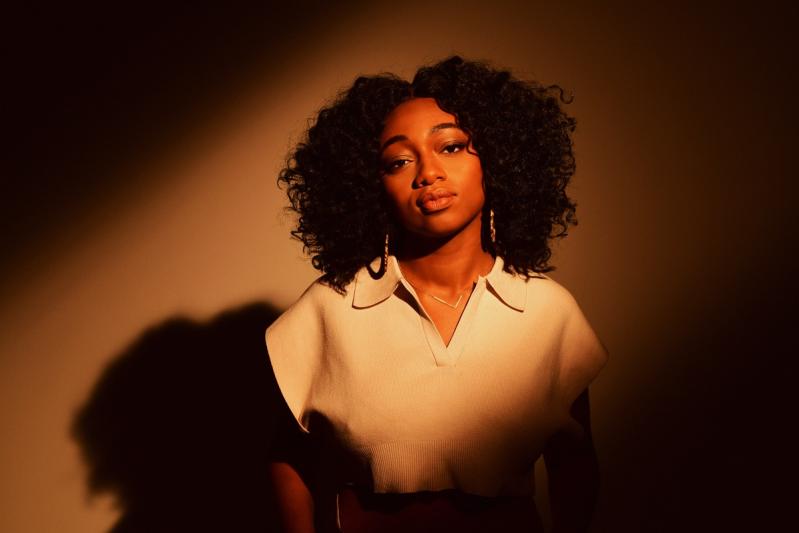 Samara Joy will perform with the Pasquale Grasso Trio on Sunday at the Arts Center at Duck Creek in Springs.
Shervin Lainez
By Mark Segal

Mid-Century Modernism
The Amagansett Library will host a Zoom discussion next Thursday regarding the appreciation and preservation of modern architecture on the South Fork.

The panel's participants will focus on Timothy Godbold's initiative "Hamptons20centurymodern," which aims to celebrate and protect the architectural legacy of mid-century American modernism on Long Island. Participants include representatives from architecture, real estate, design, newspapers and magazines, and even the homeowner of a Richard Meier-designed house.

The free talk begins at 7 p.m. and requires registration on the library website.

Montauk Film Fest
The second annual Montauk Film Festival will launch its week-long slate of 25 films on Sunday with an opening party featuring “The Loneliest Whale: The Search for 52,” Joshua Zeman’s documentary about the hunt for a solitary whale whose call broadcasts at 52 hertz, a frequency believed to be unique among whales.

Mr. Zeman will be on hand to discuss the film with Gaelin Rosenwaks, a marine scientist. Tickets to the 6 p.m. party and screening, which will take place at Sole East, are $95.

Another festival highlight will be the North American premiere of “The Truth Has Changed,” a one-man show written, directed, and performed by Josh Fox, whose 2010 documentary “Gasland” was an Oscar nominee and Emmy winner. Set for Monday at 7 p.m., the film examines "misinformation in the United States," from 9/11 to Donald Trump. Tickets, at $50, include a discussion with Mr. Fox.

Films in five categories -- environmental, surf and skate, dramatic, comedic, and social/cultural documentary -- will be shown at five Montauk locations. Tickets for most programs are $25. The full schedule and tickets are available on the festival’s website.

Jazz at Duck Creek
Samara Joy, a jazz vocalist, and the Pasquale Grasso Trio will perform a free concert at the Arts Center at Duck Creek in Springs on Sunday afternoon at 5. Ms. Joy, who comes from a family of gospel singers, was inspired by many gospel and R&B artists while growing up.

She came late to jazz but made up for lost time, studying in the jazz program at SUNY Purchase, where she was named the Ella Fitzgerald Scholar, and, in 2019, winning the Sarah Vaughan International Jazz Vocal Competition.

Mr. Grasso, called by Pat Metheny “the best guitar player I’ve heard in maybe my entire life,” will accompany Ms. Joy, along with Ari Roland on bass and Keith Balla on drums.

Live Theater at LTV
“Fremont’s Farewell,” a one-man play by Shelby Raebeck, a writer from Springs, will be performed by Gerald Doyle and filmed before a live audience at LTV Studios in Wainscott on Wednesday at 6:30 p.m.

Ronald Fremont is a teacher at a Hamptons private school who, in act one, is placed on probation for crossing the boundary between teacher and student. In the second act, several years later, after writing a best-selling memoir, he is invited back to the school to give the commencement address. An unexpected turn is promised.

Mr. Doyle, who lives in Sag Harbor, has appeared on Broadway and on television, and for two years toured with the English Shakespeare Company. Reservations are not required. The production will be broadcast on LTV at a later date.

Films and Silent Disco
“Moonstruck,” the 1987 romantic comedy that notched Oscars for Cher, Olympia Dukakis, and John Patrick Shanley, the writer, will be shown outdoors Friday at the Southampton Arts Center. Gates open at 8; the film will screen at dusk. Tickets are $10, free for members and children 12 and under.

Another Oscar winner, “20 Feet From Stardom,” Morgan Neville’s documentary about the unsung contributions of longtime backup singers, will be shown outdoors at dusk on Sunday. Tickets are $15, free for those 12 and under, and the gates will open at 7:30.

While the center can’t promise “Saturday Night Fever” onscreen, it will host a silent disco with two D.J.s and multiple music channels on Saturday at 7 p.m. Tickets are $15.

This article has been changed from its original and print versions, which incorrectly listed the Samara Joy concert at the Arts Center at Duck Creek as taking place on Saturday. The show will happen Sunday at 5 p.m.