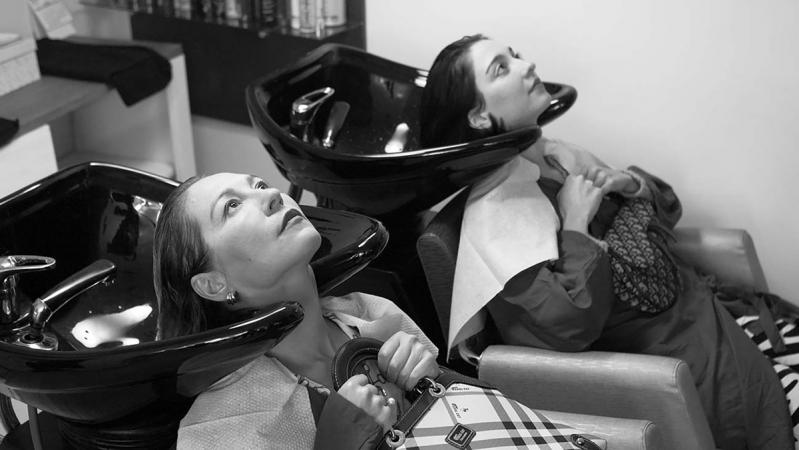 Ale and Amanda Ulman, mother and daughter in real life as well as onscreen, play a pair of grifters facing eviction in “El Planeta,” showing at Sag Cinema.
By Mark Segal

The series, which will continue through next Thursday, will kick off tomorrow with “El Planeta,” a new dark comedy written and directed by Amalia Ulman, an Argentinian-Spanish visual artist, who also stars in the film, which premiered at the 2021 Sundance Film Festival. Tomorrow’s 7:30 p.m. screening will be followed by a conversation between Ms. Ulman and Giulia D’Agnolo Vallan, the cinema’s artistic director.

The series also includes “Ema,” a 2019 film by Pablo Larrain, a Chilean director. A melodrama that pulsates with Reggaeton, “Ema” stars Gael Garcia Bernal as a choreographer. Mr. Inarritu’s “Amores Perros,” Mr. Filho’s “Aquarius,” and Ms. Martel’s “La Cienaga” round out the series. Tickets and times can be found on the cinema’s website.

For Social Justice
“Andromeda’s Sisters: An Arts and Advocacy Gala,” presented by the Neo-Political Cowgirls, will take place at the Leiber Collection in Springs on June 26 at 5 p.m., both for a live audience and via streaming.

The event will feature a staged reading of “Order My Steps,” a one-act play by Kathryn Grant about a prison inmate who is reunited with her estranged adult daughter. The reading, starring Catherine Curtin and Irene Sofia Lucio, will be directed by Florencia Lozano and Kate Mueth.

A discussion about such issues as incarceration, immigration, and assaults on reproductive freedom will follow the reading. The participants will be Alexis McGill Johnson, president of the Planned Parenthood Federation of America; Serena Liguori, founder of The New Hour, which helps women emerging from incarceration, and Angie Cruz, the author of the novel “Dominicana.”

Tomorrow’s presenters are the artists Susan Vecsey, Michael De Feo, and Steven Molina Contreras; the photographers Jaime Lopez and Matthew Raynor; Joyce Raimondo, an artist and art educator, and Mark Van Wagner, an artist and gallery owner. Registration is on the museum’s website.