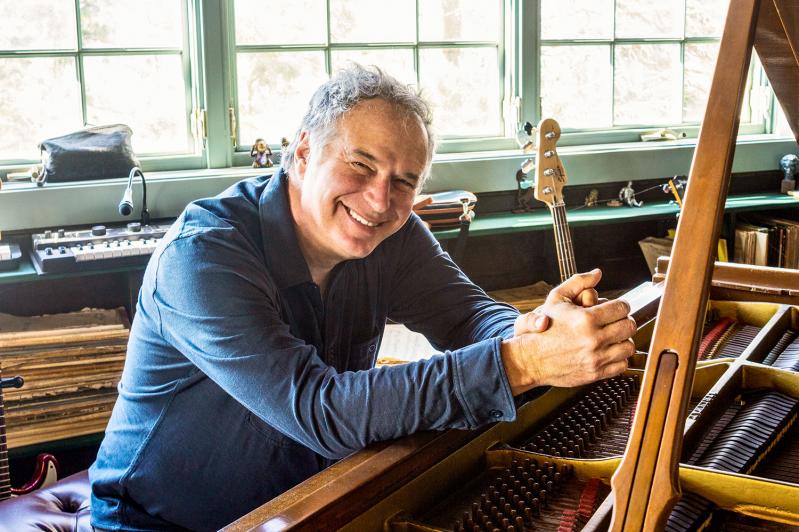 Bruce Wolosoff, a Shelter Island composer and pianist, is the new executive and artistic director of Reflections, an organization that explores the interplay of music and other art forms.
Katya Wolosoff
By Thomas Bohlert

An online program designed to highlight the power of poetry to influence music, dance, and video art will launch the spring season of Reflections next Thursday. Reflections is an organization that explores the interplay of music and other art forms, and is led by its new executive and artistic director, Bruce Wolosoff, a Shelter Island composer and pianist.

Artists taking part in the event, called (Mostly) Music Inspired by Poetry, include the Israeli-American cellist Inbal Segev; the oboist James Austin Smith, who has appeared with Bridgehampton Chamber Music Festival; Xin Ying, a principal dancer with the Martha Graham Dance Company; the actor Josh Gladstone, who is the artistic director of the John Drew Theater at Guild Hall; the singer-songwriter Juliet Garrett, and the video artist Margaret Garrett, as well as Mr. Wolosoff.

"The thing that has always been important to me is trying to get people to love music the way I love music," Mr. Wolosoff said last week. "People confuse music with entertainment. It is more than that. There is a spiritual component, there is an illuminating element, and some of the deepest human experiences can be found through music. If there is any way that I can bring some people closer to that experience, I would love to try."

Mr. Smith will play "Six Metamorphoses after Ovid" by Benjamin Britten, miniatures for oboe inspired by the work of the Roman poet. Mr. Gladstone will read a poem by Michelangelo. Ms. Segev will perform a piece by Anna Kline that was inspired by a poem written by her mother about a week before her death. Ms. Ying will dance to a poem that her mother read to her as a child. It will be heard in Chinese, Mr. Wolosoff said, so it will be about "the music of the sound of poetry, the music of body, and the music of dance‚" more than the literal meaning of the words. He called it "definition-expanding."

Mr. Wolosoff himself will perform an original composition in memory of Ann Reinking, an American actress, dancer, and choreographer who was to have choreographed his piece, but died last fall. "She was a marvelous, marvelous dancer and choreographer, and possibly the nicest person I have ever known," he said. He will also play a Ballade by Chopin, which was inspired by poetry. Speaking of performing the works of another composer rather than his own, he said, "Now that I have all these years of having composed, I have become more aware of the inner workings of the music, so I think I have something different to say than when I was playing in my 20s."

There will not be a formal printed program for the concert. "If you don't know what is coming next, I think you are a little more on your toes, a little more open" to the experience, the director said.

Next Thursday's concert will be offered free, beginning at 8 p.m., for those who have registered in advance at reflectionsinmusic.org, and will be available online for a week after.

Concurrent with this event, there will  be an online show of paintings inspired by poetry. For this program and in the near future, performances by Reflections will be online, but when in-person concerts become possible, they will be based in The Church in Sag Harbor, a former Methodist church that has been renovated into an artists' residency, exhibition space, and creativity center. Reflections hopes to find a home base in New York City when possible.

The organization's next program, on April 29, will be something of a turnabout, featuring Poetry Inspired by Music. Poets will include Peter Campion, Aviya Kushner, Robert Pinsky, Tim Seibles, Julie Sheehan, Rosanna Warren, and Tom Yuill. The third program, on May 20, will be a Young Musicians Concert: More Music Inspired by Poetry, featuring artists roughly in their 20s or of graduate school age, who have submitted their work.

Reflections, which hopes to resume in-person residencies in schools when possible, also has an Especially for Kids component, through which children can submit their own original creations. Later events this season include Reflections on Dreams in the summer, and Reflections on Darkness and Light in December.