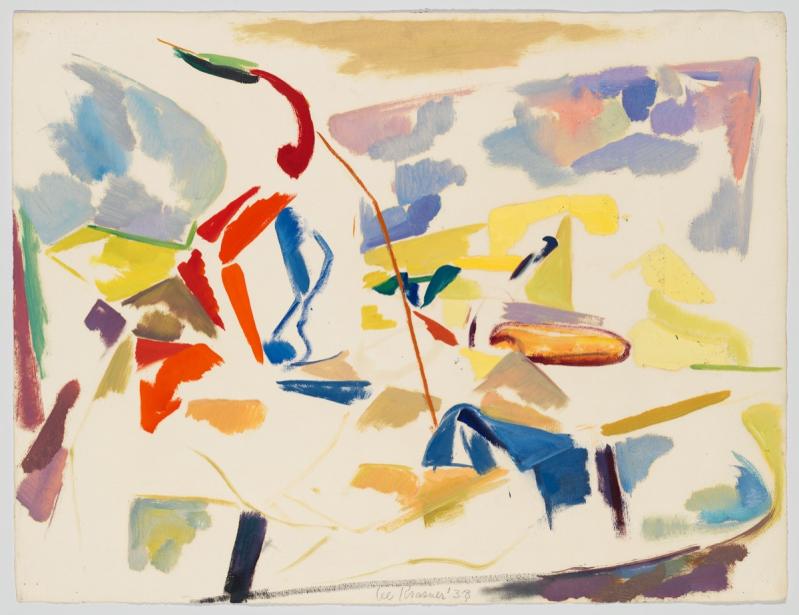 Two projects of the Whitney Museum of American Art with ties to East Hampton came to fruition recently with the opening of an exhibition dedicated to women and abstract art and the publication of a catalogue raisonne of Andy Warhol films.

The second volume of "The Films of Andy Warhol Catalogue Raisonne, 1963-1965" was published on Oct. 26 by Yale University Press. At the same time, the museum announced that it will give its archive of research related to Warhol's films to the Museum of Modern Art. That museum's department of film is overseen by Rajendra Roy, the chief curator of film, who was once the artistic director of the Hamptons International Film Festival.

According to the Whitney, Warhol, who had a house in Montauk, "took all of his films out of distribution, removing them from public view and relegating them to a realm of myth, hearsay, and misinformation" in 1971.

John G. Hanhardt, who served as the general editor of the catalog, was the curator and head of film and video at the Whitney when he proposed some 10 years later that his museum work jointly with MoMA "to preserve, restore, exhibit, distribute, and catalog the entirety of Warhol's cinema." Warhol agreed to the arrangement and in 1984 donated his films to MoMA, and the Whitney embarked on cataloging the archive.

The catalog has introductory essays along with comprehensive entries and full descriptions and critical analyses of more than 100 films. The essays reveal Warhol's "influences, source materials, working methods, and technical innovations, as well as his engagement with the performers, writers, and other collaborators who participated in his groundbreaking films," according to the Whitney. It is the follow-up and complement to the film scholar Callie Angell's volume one, which focused solely on Warhol's "Screen Tests" series and was published in 2008 by Abrams.

Almost a whisper compared to the blockbuster Jasper Johns (a brief visitor to the South Fork himself) retrospective a couple of floors above it, the exhibition "Labyrinth of Forms: Women and Abstraction, 1930 to 1950" highlights the role of women artists in expressing the new language of abstraction first brought from Europe and then homegrown. The exhibition opened in October and will be on view through March.

A little more than 30 works on paper make up the show. The artists represent a range from the most recognizable -- Lee Krasner and Louise Nevelson, Elaine de Kooning -- to academic and critical darlings like Blanche Lazzell and Charmion von Wiegand. Then there are the East Enders, some of those previously mentioned along with Perle Fine, Gertrude Greene, and Hedda Sterne.

Their inclusion in this hyper-focused show demonstrates how universal the contributions of artists, of both genders, who found their way here to live and work have been throughout history. The works are almost entirely from the Whitney's permanent collection, which underlines the importance of these artists during their lifetimes and in the overall movement of abstraction.

The drawings of modernists could be masterworks, stand-alone exercises, or preparatory in the classical sense. They are almost always worth a look when provided in a larger context. It's even better to see them on display like this, where they are the focus. So much of an artist's process and working out of problems happens in their drawings. The informality of the medium encourages experimentation, which can lead to the major breakthroughs for which they become known.

These works are more finished works with some prints mixed in. Making prints was another exciting way for artists of the period and after to experiment with materials and visual strategies. Essentially, this show is lightning in a bottle, bringing attention to new artists working at a time of great improvisation with materials and momentous creative breakthroughs.

A thorough and scholarly essay by the exhibition's curator, Sarah Humphreville, noting how radical these women's contributions were in that period, is included on the museum's website.