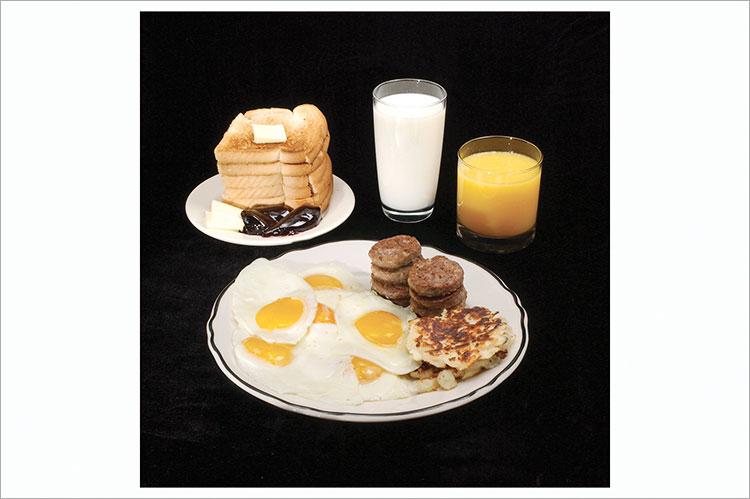 The Parrish Art Museum in Water Mill will open its galleries for the first time since March on Friday, Aug. 7, with three exhibitions of works by and about East End artists drawn in large part from its permanent collection. The galleries will be open Fridays through Mondays in 90-minute increments. Reservations, which are required, can be made on the museum's website.

"Housebound: Fairfield Porter and His Circle of Poets and Painters" will feature paintings by Porter, poems by his wife, Anne Channing Porter, and work by the many artists and poets who visited them. After the Porters moved from New York City to Southampton in 1949, their friends gravitated there for weekends or longer.

Paintings by Porter from the 1940s and 1950s present intimate scenes from his household, while others, such as "Jane and Elizabeth," a portrait of Jane Freilicher and her daughter, were inspired by others in his circle. Portraits by artists inspired by their poet friends include Alex Katz's painting of Kenneth Koch and Larry Rivers's of John Ashbery.

Poems by Anne Porter and the New York School poets Barbara Guest, Frank O'Hara, James Schuyler, Ashbery, and Koch will be accessible from SQR codes on the wall labels of specific works. The exhibition grew out of a series of online talks presented during the museum's closure by Alicia Longwell, the chief curator, who also organized this show.  "Last Meal (Series), 2001-2003," includes 24 photographs by the Shelter Island artist Jackie Black, who researched, restaged, and photographed the last meals of prisoners executed in Texas between 1984 and 2001. While the images may at first resemble carefully staged food photos from a glossy magazine, they are in fact the artist's comment on capital punishment. Savannah Petrick, the museum's curatorial assistant and publications coordinator, organized the show.

Lucien Smith is known for process-based works that use both accidental and improvisational marks to create loose, all-over compositions. "It's a distinct pleasure for the Parrish to present Lucien Smith's first museum exhibition with the immersive installation of his Southampton Suite -- paintings inspired by the beauty and breadth of an East End garden," said Ms. Longwell, who organized the exhibition. The 11 large-scale paintings were created in a plein air studio Mr. Smith constructed in Montauk during the summer of 2013.

The galleries will be open for members only on Friday, Aug. 7, and Aug. 8, and for the general public starting Aug. 9. Ninety-minute appointments can be made for 11 a.m., 1 p.m., and 3 p.m., with an additional slot on Fridays at 5 p.m. Admission is $12, free for members, students, and children.

In lieu of its annual summer fund-raising party, the museum is offering a limited-edition collectible plate designed by Mary Heilmann, a Parrish collection artist. Titled "Waimea," the 14-inch charger plate's design was inspired by Waimea Bay, a famous Hawaiian surfing location. Gifts of $500 and above render givers eligible to receive the plate, which arrives in a presentation box.