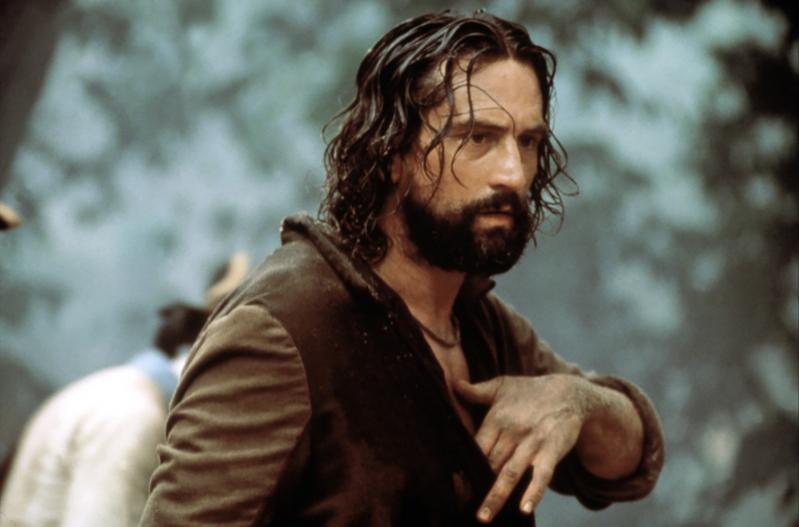 Robert De Niro in Roland Joffe's "The Mission," which will be screened and discussed on Saturday at Guild Hall.
By Mark Segal

On the eve of this year’s Academy Awards ceremony, HamptonsFilm will screen Roland Joffe’s “The Mission,” from 1986, which received seven Oscar nominations, including a win for cinematography, and the Palme d’Or at the Cannes Film Festival. Set for Saturday at 6 p.m. at Guild Hall, the film will be followed by a conversation with Alec Baldwin.

Jeremy Irons stars as Gabriel, an 18th-century Jesuit priest sent to the jungles of Brazil to establish a Guarani Indian mission. Once there, he encounters Mendoza (Robert De Niro), a slave trader who has killed as many Guarani as he has enslaved.

After Mendoza kills his half-brother, Felipe (Aidan Quinn), in a duel, he seeks and eventually attains salvation from the missionaries. When Spain sells Brazil to Portugal, he and Gabriel must join forces to defend the mission.

“‘The Mission’ effectively dramatizes yet another chapter in the ruthless European conquest of the Americas,” The Washington Post wrote. Tickets are $25, $20 for members.

Another of HamptonsFilm’s year-round initiatives is “Air, Land, and Sea,” which highlights films that encourage a deeper appreciation for the planet by focusing on global environmental issues.

A family-style dinner will accompany a screening of “Conscience Point” on Wednesday at 7 p.m. at Tutto Il Giorno in Sag Harbor. Winner of the Victor Rabinowitz and Joanne Grant Award for Social Justice at last year’s Hamptons International Film Festival, “Conscience Point” focuses on Becky Hill-Genia, a Shinnecock activist fighting to preserve Shinnecock land and advocating for legislation to protect ancestral burial sites.

Directed by Treva Wurmfeld for the PBS series “Independent Lens,” the film reveals a deep clash of values between the Shinnecocks and their Hamptons neighbors. A discussion with members of the Shinnecock Nation and others will follow the screening. Dinner-movie tickets are $65 and available through the HamptonsFilm website.