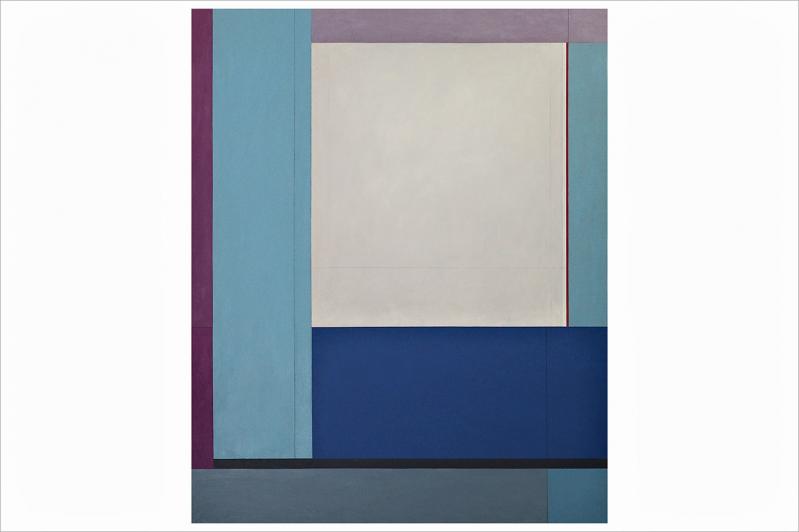 Pollock’s 'Mural'
Jackson Pollock’s 1943 “Mural,” his largest-ever painting, is now on view at the Guggenheim Museum in its first display in New York City in more than 20 years.

Although Pollock was not yet pouring and dripping paint on canvases on the floor, as he would be by 1947, “Mural” marks a pivotal development of his style. Influenced in part by Surrealism and the Mexican muralists, he began to challenge traditional notions of painting, experimenting with real and mythical imagery, dynamic gestures, and all-over composition.

“Away From the Easel: Mural,” organized by Megan Fontanella, the museum’s curator of modern art and provenance, includes related works by the artist. It will remain on view at the Guggenheim through Sept. 19, 2021.

Four at Ashawagh
“Continuum,” an exhibition organized by the Berry Campbell Gallery of work by Eric Dever, Mike Solomon, Susan Vecsey, and Frank Wimberley, will open tomorrow at Ashawagh Hall in Springs and remain on view through Monday.

Mr. Dever’s paintings have evolved from a limited palette to the “use of saturated, matte, electric, and often acid color,” according to The Star’s Jennifer Landes. Mr. Solomon’s work ranges from reflective, abstract watercolors, through floating, curvilinear sculpture, to recent drawings of African-American first responders.

Elmgreen & Dragset
An exhibition of new work by Elmgreen & Dragset, who are Michael Elmgreen of Denmark and Ingar Dragset of Norway, opens today at the Pace Gallery in East Hampton. The show features five sculptures and “Short Story,” an off-site outdoor sculptural installation.

Situated on a tennis court, “Short Story” incorporates two bronze sculptures of young boys following a tennis match, one the obvious winner, the other the loser. The scene captures the charged moment following defeat and gives rise to questions about competition and fairness.

Elmgreen & Dragset’s practice combines sculpture, large-scale installations, performance, and public artworks, often challenging the ways in which art is presented and experienced. The show will run through Nov. 15.

Solo at Halsey McKay
Solo shows of work by Patrick Brennan and Scott Olson are on view at the Halsey McKay Gallery in East Hampton through Nov. 14. Mr. Brennan’s exhibition, “Life Raft,” includes paintings, installation, and video work that together create a large and complicated space with openings, windows, and portals. His materials include acrylic paint, foam, Popsicle sticks, ink, Mylar, lava lamps, and wooden crates, to name just a few.

Mr. Olson paints by integrating brushes with unusual tools he collects or constructs. By layering, masking, and scraping, his compositions reflect his labor. The six paintings in the show are geometric, organic, and grounded in his fascination with music.

Mr. Kelly approaches each canvas as a combination of painting, drawing, and sculpture, building on an underlying structure that interacts with successive blocks and lines of color.

Mr. Miller was originally a photographer, whose book “The Hamptons: Long Island’s East End,” was published in 1993. He has since turned to painting. The works in the exhibition, inspired by his travels in northern India, feature women at prayer, wearing vibrantly colored saris.

Plensa Speaks
The Spanish sculptor Jaume Plensa, four of whose monumental bronze portraits can be seen outside the Parrish Art Museum in its “Field of Dreams” exhibition, will discuss his work with Alicia Longwell, the museum’s chief curator, tomorrow at 5 p.m. His totemic portraits, originally carved from oak and standing over nine feet tall, “embrace the human form and its capacity to speak to us and move us deeply,” Ms. Longwell has said.

Their conversation will be streamed live. Registration is free, via the museum’s website.

Group at Grenning
“Compte Rendu,” a group exhibition of art that engages social issues, will be on view at the Grenning Gallery in Sag Harbor from Saturday through Nov. 8. The title is 18th-century French for “Report to the King,” a nod to the forthcoming presidential election.

Playing in Bridge
Fifteen artists whose work embodies a “too often lost, playful spirit,” are featured in “Time to Play” at the White Room Gallery in Bridgehampton from today through Nov. 1, with a reception set for Saturday from 5 to 7 p.m. Classic cartoon characters, Pop tropes, and celebrities from Einstein to Elvis figure in many of the artworks.