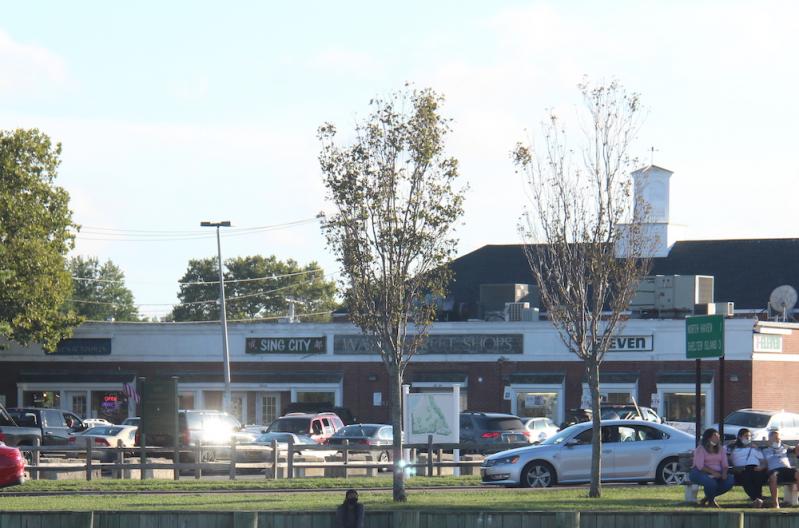 The site of the West Water Street Shops in Sag Harbor will be the new home of Bay Street Theater.
Durell Godfrey
By Jennifer Landes

The Bay Street Theater said on Friday that it will create a new home at the site of the West Water Street Shops in Sag Harbor.

The performing arts and community center has plans to build multiple theaters and educational facilities in addition to outdoor and dedicated public space. With plans to break ground in the middle of next year, the hope is to complete the new facility in 2023.

“The creation of a permanent home for Bay Street has long been a goal for all of us at the organization," Tracy Mitchell, executive director of Bay Street Theater, said.

To further this aim, a new nonprofit organization has been formed to acquire the land, design and develop the site, and finance the project. According to its leadership, Friends of Bay Street & Sag Harbor Redevelopment "will work in tandem with the nonprofit theater and its board of trustees on the creation of the multi-theater complex."

The center will include an intimate mainstage theater with "additional fixed and flexible spaces to accommodate different configurations keyed to artistic vision and production needs." There will be space for classes for children and adults, a center for new work development, and a shop and storage for scenery. The space is envisioned to house special events as well as professional development initiatives. "This flexibility will permit Bay Street Theater to engage in more original works, co-productions, and partnerships," the theater said.

The nonprofit professional theater is entering its third decade and has presented numerous productions and plays that have gone on to Broadway, Off Broadway, and regional theaters. Its educational programs have grown over the years to regularly serve adults and students.

The property the theater is purchasing is a small strip mall that fronts the recently created John Steinbeck Waterfront Park. The businesses occupying the building include a 7-Eleven and the Sing City takeout Chinese eatery. The small businesses will be relocated to new sites in the town, according to a release. The building is merely steps away from Bay Street's current location on Long Wharf.

Citing Sag Harbor's history as "an artistically vibrant and diverse community, and a home to actors, playwrights, and artists," Scott Schwartz, the artistic director of Bay Street Theater, said the new location will increase the ability to stage theatrical productions "while providing a new community gathering place for generations to come."

Adam Potter, the founder and chairman of Friends of Bay Street, said this announcement "is a foundational next step in the history and ongoing trajectory of Bay Street Theater as well as for the Sag Harbor community. The location of the new complex will offer residents and visitors access to the revitalized waterfront and even more space for productions and community offerings, expanding the theater as a hub for engagement and creativity."

The architect for the new building will be announced in the coming months along with additional details about its facilities and special features.