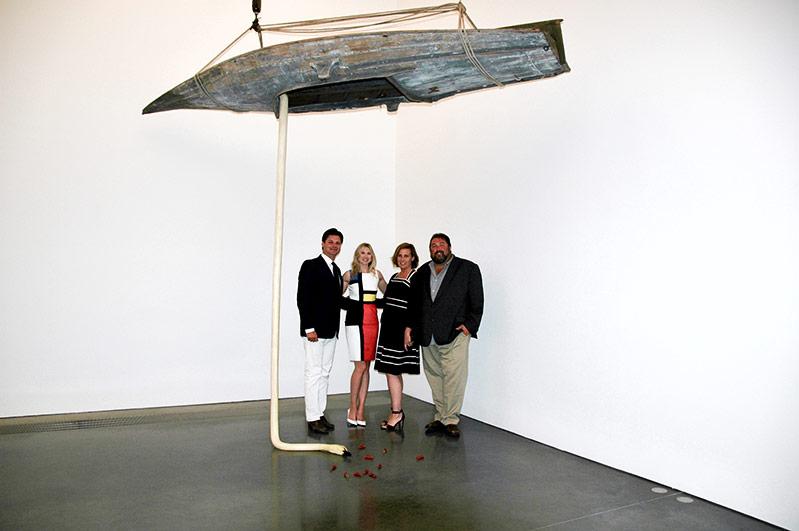 A fire destroyed Michael Combs’s Southold sculpture studio on the morning of Nov. 8. After being notified by a passing motorist, the Southold Fire Department extinguished the blaze and saved the structure, but not before nine sculptures from a recently completed body of work were destroyed or damaged, along with tools, decoys, and other carvings. The sculptures represented more than a year’s labor.

Mr. Combs, who lives in Greenport and is a fifth-generation descendant of North Fork baymen and decoy carvers, earned his B.F.A. and M.F.A. from the School of Visual Arts and has exhibited widely at galleries, museums, and art fairs. His work is in the collection of the Parrish Art Museum, where he had a solo show in 2005 and was a Road Show artist in 2014.

While several attempts were made to insure the studio, “finding policies that cover art is not as easy as one night think,” according to Tracy Combs, the artist’s wife, who has organized a fund-raising campaign. Donations can be made by searching “Michael Combs Studio Fire” at gofundme.com.