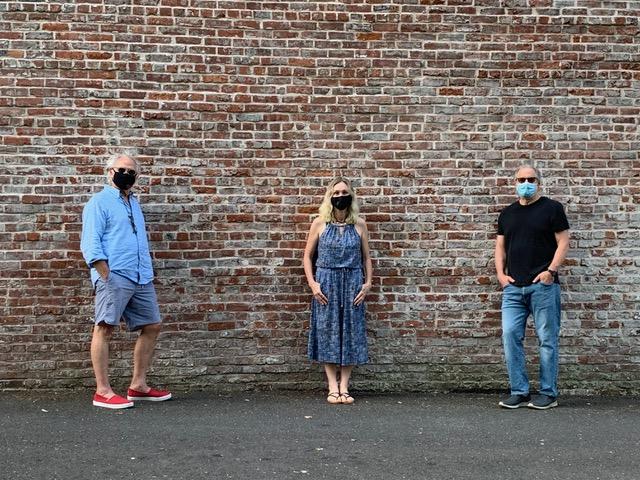 The Hamptons Arts Network, a group of 19 nonprofit arts organizations on the South Fork that banded together a few years ago, has been a lifeline for its members during the Covid-19 crisis. Now, the group is directing some of its resources outward to help the creative community around them.

Andrea Grover, the director of Guild Hall, said on Tuesday that the HAN members have been meeting every Friday since the pandemic began to discuss their own challenges within their institutions and those faced by the artistic community here. "It came up very early on that we wanted to establish an artists relief fund," but without an official nonprofit status for the group, "the question was how to do it."

After setting guidelines and a goal for the fund, she said she mentioned the effort to Clifford Ross, a successful artist with a house in Bridgehampton. "He was all in, he said it was the perfect thing to do," she recalled. Knowing that the institutions themselves were struggling financially, he offered to take on the fund-raising with Eric Fischl, another successful artist and South Fork resident.

"It took Eric and I about 25 seconds to figure out that this was something we should throw in with together and to try to bring it up to a bigger level," Mr. Ross said on Tuesday as he and Mr. Fischl talked about the effort. He called Mr. Fischl not just because he was an artist, but because he was "a terrific member of this community."

"The thing we know as artists is that the ecosystem has a lot of larger and smaller root systems," said Mr. Fischl. "Some of them are less glamorous than the others, but all of them significant to the overall health of our environment. It seemed like a no-brainer that the people most immediately affected by the shutdown and the change in the whole economic structure of the art world were going to be those who were hanging on by a thread to begin with."

They also knew others who wanted to help so they reached out to that network to pool financial resources.

The Hamptons Arts Network Artist Relief Fund was launched on Wednesday with a war chest of $175,000 and expectations of raising more. The donations will "support visual artists, choreographers, musicians, and writers living and working on the East End, who are being adversely affected by Covid-19," according to the announcement.

Based on Mr. Ross's recommendation, the fund will be administered by the New York Foundation for the Arts. "We partnered with NYFA because this is their wheelhouse. They know how to administer grants and they provide a lot of support, through their mission, to artists of New York State," Ms. Grover said. And after speaking with its executive director, Michael Royce, she found an instant compatibility. With a long record of helping artists in crisis and in their careers, "their heart is in the right place."

The foundation will disburse $1,000 grants to regional artists facing loss of wages, medical expenses, and other financial emergencies related to the pandemic. Artists must live in a ZIP code beginning with the numbers 1-1-9, and "demonstrate dire financial circumstances resulting from the Covid-19 crisis." The eligible applicants will be selected through a randomized lottery system.

"When something is the right thing to do, everyone comes together to get behind it," Ms. Grover said. "This is one of those instances."

New Yorkers who came to their second homes to ride out the pandemic have made robust financial commitments to this fund and additional drives set up to fight hunger and other critical needs, Mr. Ross said. "We have an immediate crisis that we want to address, but we hope we're building an attitude and awareness that we can take into the future. We have to take care of our community, not just the artistic community."

Details on the application process can be found at nyfa.org. Donations to the fund can be made online through https://tinyurl.com/donatehan.