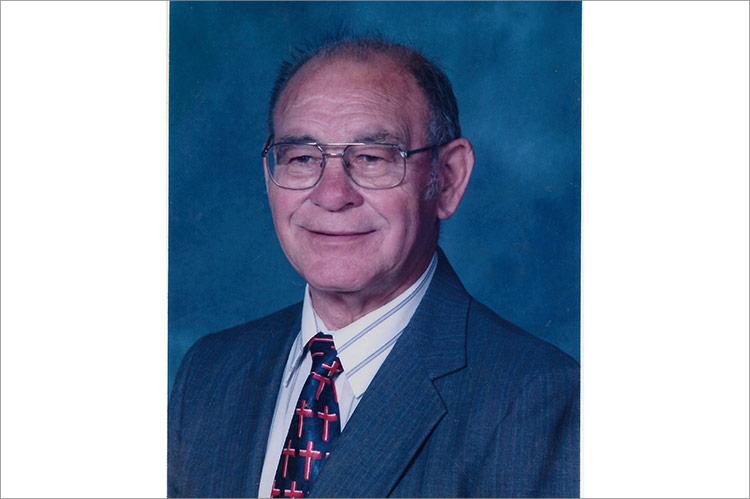 John Carl Loewen, a former pastor of five United Methodist churches in Pennsylvania, died of heart failure on Aug. 11 at the Green Ridge Village senior citizens living community in Newville, Pa. An East Hampton resident for many years, he was 93 and had been ill with dementia and heart disease for several years.

Mr. Loewen served in the Navy as a machinist’s mate and was a veteran of World War II and the Korean War. He was later active in the veterans associations for the U.S.S. Porter and the U.S.S. Hugh Purvis.

During his years as a pastor at Methodist churches in Leesburg, Mount Tabor, and other towns in south-central Pennsylvania, he was deeply involved with Camp Penn and other summer youth camps that provided Christian religious education.

Born on Nov. 1, 1925, in Mount Joy, Pa., to John Jacob Loewen and the former Anna Liebshutz, he graduated from Messiah College in Mechanicsburg, Pa., with a bachelor’s degree in Bible studies.

In 1946, he married Lois Marie Lester, a member of East Hampton’s Round Swamp Lester family. The couple had been married for nearly 70 years before her death in 2016.

In Pennsylvania, he was a member of the First Church of God in Newville, a volunteer for the Bloserville Fire Company and several other companies, and enjoyed hunting, camping, gardening, caning chairs, and other crafts.

He is survived by three sons, Craig A. Loewen of Gettysburg, Pa., Bradley J. Loewen of East Hampton, and Mark D. Loewen of Woolrich, Pa. Five sisters, Lena Miller of Philadelphia, Anna Mae James of North Carolina, and Miriam Stum, Julia Kyle, and Ruth Westerman, all of Mount Joy, also survive, as do seven grandchildren, two great-grandchildren, and many nieces and nephews.

Burial with full military honors took place on Aug. 19 at the Indiantown Gap National Cemetery in Annville, Pa. A celebration of his life, officiated by the Rev. Wayne Good, will be held on Saturday at 11 a.m. at the Fogelsanger-Bricker Funeral Home and Crematorium in Shippensburg, Pa.

The family has suggested memorial contributions to the First Church of God, 475 Shippensburg Road, Newville, Pa. 17241.