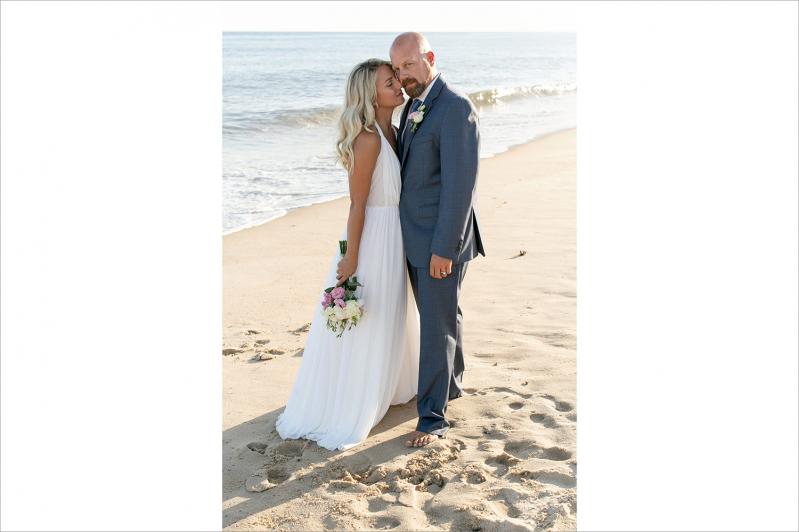 Raymond W. Bimson and Hanna Palamarchuk were married on Aug. 31 in Montauk in an outdoor ceremony at the home of the groom’s mother, Jane Bimson. Bruna DiBiase, a New York City judge, officiated.

The bride was attended by her 10-year-old daughter, Vera.

The bride,  who is known as Anja, hails from Hrytsiv, Ukraine. She is the daughter of Oxana and Victor Sliusar of Hrystiv. She studied cosmetology in Kamjanets-Podilsky in Ukraine.

The groom, who is known as R.J., is a graduate of the Culinary Institute of America in Hyde Park, N.Y. He is the son of Ms. Bimson and the late Raymond D. Bimson. He is a deckhand on the commercial fishing vessel the F/V Perception out of Montauk.

The couple met at the beach in Tel Aviv in 2017. Mr. Bimson traveled frequently to Ukraine to visit her and the couple traveled together in Ukraine and to Egypt.

They are living in Montauk.